“Israeli” eyes for everything στην on the green line 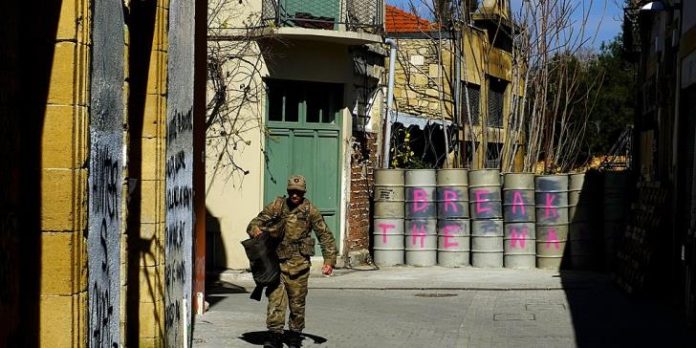 Only the subtlety of the issue of electronic surveillance of the ceasefire line curbed, at least for the time being, any reactions to the fact that the whole project is being undertaken by a third country, namely Israel. The tacit objections are not necessarily related to the country of production of the system, which would apply to any country that was the manufacturer, but to the very fact that non-Cypriots will be in control, even if the staff will be local. . The position expressed, at least in private discussions, is that it would be better if this was done under the umbrella of the European Union, through FRONTEX. However, according to information, the project is funded with 244 million euros.

However, despite the objections expressed from time to time, mainly by affected companies, it seems that the bidding procedures were followed, even if intervention was required so that instead of involving one company, as it seems that there was initially an intention, four were eventually involved. The Ministry of Defense has been trying to bid since at least 2015 and eventually reportedly contacted an Israeli government agency, asking it to nominate companies that could go through the production, installation and monitoring of the green line. Eventually, four companies appeared to be involved in the whole process. Israel was preferred not only because of its good relations with Cyprus, but also because of the fact that its companies are considered advanced in electronic monitoring systems.

But what will the monitoring system offer? The spokesman of the National Guard, Mr. Christos Pieris, stated that the system will operate 24 hours a day and will send a picture to the Police, the Police, the Fire Brigade and other state services on issues of crime, smuggling, etc. . This means that the National Guard will be less at risk of surprise moves, especially in times of crisis, since it is considered a given to record any movement of troops, weapons systems, etc.

Asked about this by “F”, Mr. Pieris stated that the Ministry of Defense is only interested in monitoring the ceasefire line. However, once the system works, it is taken for granted that other services involved will be informed, whether migrants are being detected, or illegal transactions, or smuggling, or other illegal activities.

The system is expected to be ready for war within 27 months, when it will be fully operational. Responding to another question from “F”, regarding the signing of the agreement with Israel, he stated that there were no reactions from the other side. Greece has also implemented a monitoring system in border areas with which it will control an area of approximately 190 kilometers. The system, which has the ability to monitor traffic (across borders) and at night, is electronically supported and sends images not only centrally but also to patrols near the border. In the area of Evros and in other areas, mainly the migration flows are monitored, something that will happen in Cyprus as well.

In yesterday's statements in Kornos, the Minister of Defense Mr. Petridis stated that, “the main pillar of the policy of the Ministry of Defense is the technological upgrade of the National Guard at all levels. Therefore, he continued, we have proceeded to the electronic classification of the new recruits, to the electronic finding of the disobedient reserves, while we have included several recruitment activities in the Citizen Service Center “. In this context, he added, “the transnational agreement signed yesterday (the day before yesterday) between Cyprus and Israel is included. “We use technology in the good sense to have immediate information and surveillance where and where it is required,” he added.

It is worth noting that some EU countries will also be covered by Eurosur, which is an electronic network for continuous surveillance via satellite and unmanned aerial vehicles, as well as for the exchange of information between Member States. The protection policy of EU member states has become more apparent since 2015, when migration flows began and weaknesses in the protection of the Union's borders were identified.