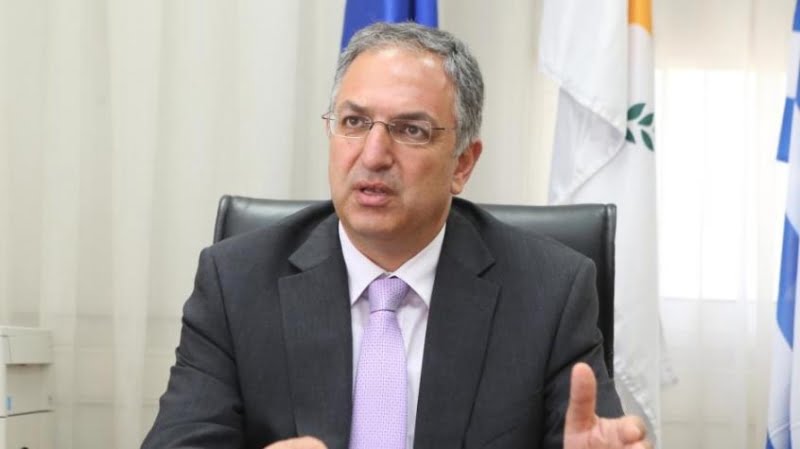 Cyprus is optimistic that by acting collectively the challenges of the effects of the climate crisis can be faced, said the Minister of Agriculture, Rural Development and Environment Kostas Kadis.

In his greeting to the “Nicosia Risk Forum (#NRF2022)”, which concludes its work today in Larnaca, Mr. Kadis  he said that climate change has been characterized as the defining problem of our time, as its effects are undeniable and in recent years we have witnessed extreme weather events such as heat waves, droughts, floods and strong winds.

At the same time, he continued, all these factors, combined with changes in land uses, enhance the severity, intensity and extent of forest fires, the Minister said. The region of the Eastern Mediterranean and the Middle East is, according to many studies, particularly vulnerable to the effects of climate change and ranks as one of the global “hotspots”, he noted.

The governments of the Eastern Mediterranean and Middle East (EMME) countries have expressed serious concerns about the effects of climate change in the region and their willingness to comply with the Paris Climate Agreement, Mr. Kadis said. Taking advantage of Cyprus' location and excellent relations with neighboring countries, the President of the Republic of Cyprus, Nikos Anastasiades, launched an international initiative in 2019, taking a coordinating role in the EMME region's efforts to ameliorate climate change and its impacts.

A number of various preventive measures have been implemented on the island, which were designed, after close cooperation between the government, local authorities, scientists and the public, while regarding the fire protection measures, that these are fully functional and are constantly being strengthened.

< p>He also mentioned that Civil Defense of the Ministry of Interior is playing an active role in disaster management both at the national and regional levels. In January 2024, the Civil Defense will start implementing the early warning system, in a pilot phase for one month and in a full operational phase from February 2024.

In conclusion, Kadis said that Cyprus is optimistic that by acting collectively “we can face the challenges of the effects of the climate crisis”. Our vision, he noted, “is for our region to look to the future with optimism and use the climate challenge as an opportunity to proudly show the world what our countries can achieve when they work together.”

< p>In his speech at the forum, the Chief Fire Officer of the Fire Service, Polybios Hatzivasiliou, said that climate change is a special issue that needs increased attention and protection and for this reason the role of Civil Protection is particularly important to be able to carve out a single strategy.

The first goal, he said, is to improve the level of fire protection and to cultivate awareness of the effects of fires while the second is to create a Unified Operations Coordination Center of the Fire Service.

The third objective is the continuous upgrading and renewal of fire engines and equipment, which will replace 12 fire engines in the first year starting from the year 2022 and then 6 fire engines every year. In addition, during this year, new breathing apparatus replaced the old ones and intercom systems were sent to all Fire Stations, for each firefighter.

Another goal is the program to build new Fire Stations to cover urban and rural areas as well as the Energy Center in Vassiliko. He added that two new Fire Stations have been completed by 2022 while another 8 projects are being promoted for implementation in 2023. Another goal is to install and operate a holistic surveillance system for fire prevention and response purposes.

As the Deputy Secretary General of the Union for the Mediterranean, Ambassador John Paul Gretz, stated, climate change will force us to adapt and develop new strategies to protect citizens living in the Mediterranean region.

He said the planet is now about 1.1C degrees warmer than it was in the 19th century and the amount of carbon dioxide in the atmosphere has increased by 50%. If nothing is done, he added, scientists believe global warming will exceed 4% C in the future, leading to devastating heat waves, severe droughts and millions losing their homes to rising sea levels.

Mr Gretz said the extreme temperature could also increase the risk of wildfires as seen across Europe this summer. France and Germany recorded around seven times more land burned between January and July 2022 compared to the average.

According to the Mediterranean Experts on Climate and Environmental Change (MedECC) report, published in November 2020, the Mediterranean is considered a hotspot, particularly sensitive and warming 20% ​​faster than the rest of the world, with only Antarctica possibly warming faster .

With current conditions, temperatures in the region will rise by 2.2% by 2040, 6.8% by 2100 affecting a third of the region's population while catastrophic flash flooding ) are increasing in many European countries, Italy, France, Germany, affecting many coastal areas.

According to Kobi Wimisberg, Director in the Department of Strategic Cooperation and Assistance at the National Management Agency Israel Emergency Management (NEMA), regional cooperation saves lives and a common approach brings people together and this is essential.

The vision, he explained, is to implement the Regional Flood Warning System with special funding from DGECHO as well as an Earthquake Early Warning System. He also talked about a joint field exercise in the region in 2023 (through the EU's ECHO consortium) and a joint regional coordination center, which is still in the planning stage.

Summarizing, he said that we are all “in the same boat, we don't have time, now is the time” and called for international cooperation to multiply the effort.

Presenting Greece's experience, the Deputy Minister despite Prime Minister of the Hellenic Republic, Christos Triandopoulos, stated that the climate crisis is changing the facts, as it has led to more frequent intense natural disasters around the world and according to the UN, 90% of disasters are weather and climate-related and cost the global economy 520 billion dollars per year.

Greece also faces severe earthquakes while noted that the government of Kyriakos Mitsotakis has adopted a new strategy based on three pillars to adapt and manage the negative effects of the climate crisis such as promoting green economy and the conditions for sustainable development and the creation of a governmental framework for post-disaster affected communities natural disasters, noting that it has two main goals, the support of those affected and the immediate start of restoration projects.