Kadis: The results of the National Rodent Control Plan are encouraging 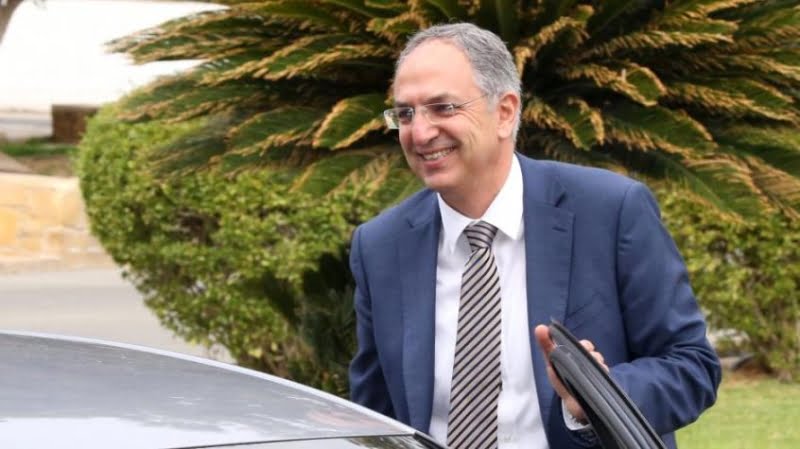 The production and by extension the use of chemical preparations to fight rodents has been reduced by 50%, through the two-year implementation of the “National Rodent Management Plan using the human bird”, said the Minister of Agriculture, Kostas Kadis, at a conference held started in the morning in Limassol.

In his greeting at the conference, on the topic “Biological management of rodents in the Cypriot countryside”, the Minister said that in the past decades the use of chemical protective substances had flourished and peaked towards the end of the last century, which however also had negative consequences on the environment, on biodiversity, on the health of humans and other organisms.

Today, he added, we are trying to move towards more friendly processes and therefore biological control is a reliable method of protection in modern agriculture, which presents multidimensional advantages over conventional pest control methods.

As the best ally of the farmers, the human bird now emerges, said Mr. Kadis, as it can consume a large number of rodents. Through the National Plan, he explained, “we implement targeted placement of man-bird nests in all provinces, in attractive locations for the man-birds, who use them and give birth”.

At the same time, he continued, the Ministry informs the agricultural world for the importance of biological control and the need to reduce chemical preparations, “which are often used uncontrollably in the countryside”.

The results of the “National Rodent Management Plan using the human bird” are very encouraging, he said, since “since 2020 when this strategic plan began to be gradually implemented, until today, the production of chemical preparations for rodents by the Ministry of Agriculture and by extension their use has been reduced to 50%”.

He also indicated that communities that had a huge problem with rodents, today no longer use chemical preparations, they now only use human birds to fight them.

The Minister of Agriculture thanked the Department of Forestry, the Department of Agriculture, the Veterinary Services, the Game and Wildlife Service, the Cyprus Bird Association, the Local Government and all agencies for their cooperation in the implementation of the National Plan, noting that “when there is cooperation and synergy, there can be efficiency and success”.

He expressed confidence that the results of the conference will help “to have even greater success in this project and is a characteristic step towards the Green Transition, a decisive step towards sustainability and the harmonious coexistence of man and the environment”.

Environment Commissioner Clelia Vassiliou expressed their support for the National Action Plan, in a greeting read by her office official, Kyriakos Siakallis. The conference was also welcomed by the President Ilias Pekris on behalf of the Hunting and Wildlife Conservation Federation and by Martin Hellocar, the Director of the Bird Life Cyprus Association.

During the During the conference, the Municipalities of Peyia, Poles Chrysochous, Latsia, Engomi, Lakatamia, the Union of Communities of Limassol, the communities of Denia, Kambi of Farmakas, as well as the Cyprus Hunting and Wildlife Conservation Federation, the Development Troodos Company, the Cyprus Philanthropic Association, the Agro Philanthropic Association and the Tree House Films company.

Source: www.reporter.com.cy
Share
Facebook
Twitter
Pinterest
WhatsApp
Linkedin
Telegram
Previous article
EMERGENCY: Fight between students at a school in Larnaca. Knife in possession of one
Next article
Grape growers cut off traffic on an avenue in Paphos
- Advertisement -