Kyriakidou: We will continue to work hard to reduce the use of pesticides 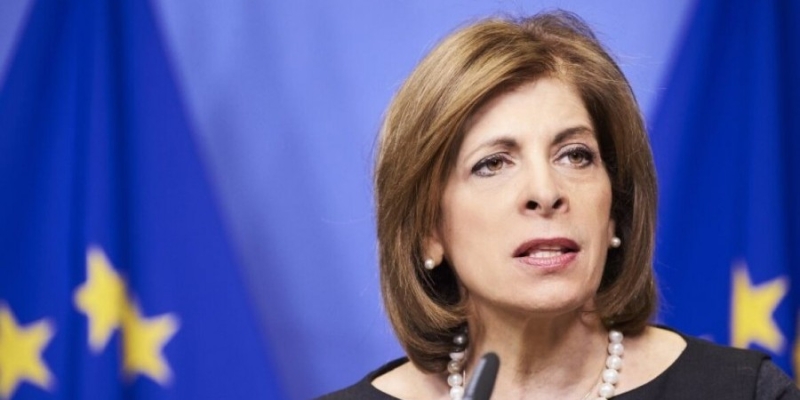 Today the European Commission presented the 'New Deal for Pollinators', aiming to tackle the alarming decline of wild pollinators in Europe, revising the EU's 2018 Pollinator Initiative. Citizens are increasingly calling for decisive action against of the loss of pollinators, including through the recent successful European citizens' initiative “Save the bees and the farmers”. The renewed initiative sets out the actions the EU and Member States need to take to reverse the decline of pollinators by 2030, as today one in three bee, butterfly and hornet species are disappearing in the EU. It complements the Commission's June 2022 proposal for nature restoration legislation and is a key part of the 2030 Biodiversity Strategy, the 'Farm to Fork' strategy. and the European Green Deal.

"Protecting pollinators is vital to maintaining biodiversity and protecting our planet for future generations. Our citizens are constantly calling for decisive action at EU level. We know that the overuse and overreliance on pesticides pose a serious threat to our food security, farm profitability, biodiversity and the environment. We will continue to work hard to reduce pesticide use and minimize pollinator loss in the future," said Health and Food Safety Commissioner Stella Kyriakidou.

Reversing the decline of pollinators by 2030

The revised EU Pollinator Initiative sets targets for 2030 and related actions based on three priorities. A key priority is to improve pollinator conservation and address the causes of their decline. This priority will be implemented by:

-Better preservation of species and habitats — for example the Commission will finalize conservation plans for threatened pollinator species; identify pollinators characteristic of habitats protected under the Habitats Directive which Member States should protect; and the Commission, together with member states, will draw up a plan for a network of ecological corridors for pollinators, or the so-called "Buzz Lines".

-Restoration of habitats in agricultural landscapes — in particular through greater support for pollinator-friendly agriculture under the Common Agricultural Policy.

– Mitigation of the effects of pesticide use on pollinators — for example through legal requirements to implement integrated plant protection or through additional test methods to determine the toxicity of pesticides to pollinators, including sub-lethal and chronic effects. As pesticide overuse is a key driver of pollinator loss, reducing the risk and use of pesticides in line with the Commission's proposal for the sustainable use of pesticides will be crucial.

-Addressing the impacts on pollinators of climate change, invasive alien species and other threats such as biocides or light pollution.

The initiative will also focus on improving knowledge about pollinator decline, its causes and consequences. Actions include setting up an integrated monitoring system, supporting research and assessment, for example by mapping key pollinator areas by 2025, as well as targeted actions to promote capacity building and knowledge dissemination.

Finally, mobilizing society and promoting strategic planning and collaboration. The Commission will support Member States in developing national pollinator strategies. In addition, the Commission and Member States will help citizens and businesses to take action, for example by raising public awareness and supporting citizen science.

The full list of actions is set out in the Annex to the Communication. entitled "New deal for pollinators".

The Commission calls on the European Parliament and the Council to approve the new actions and actively commit to their implementation, in close cooperation with all stakeholders. The new actions will complement upcoming national recovery plans (under the proposed Nature Restoration Act), where Member States will identify measures to achieve the legally binding target of reversing the decline in pollinator populations by 2030.

Later in the year the Commission will respond to the citizens' initiative “Save the bees and the farmers”. through a special announcement.