Kyriakos Mitsotakis at the Presidential Palace 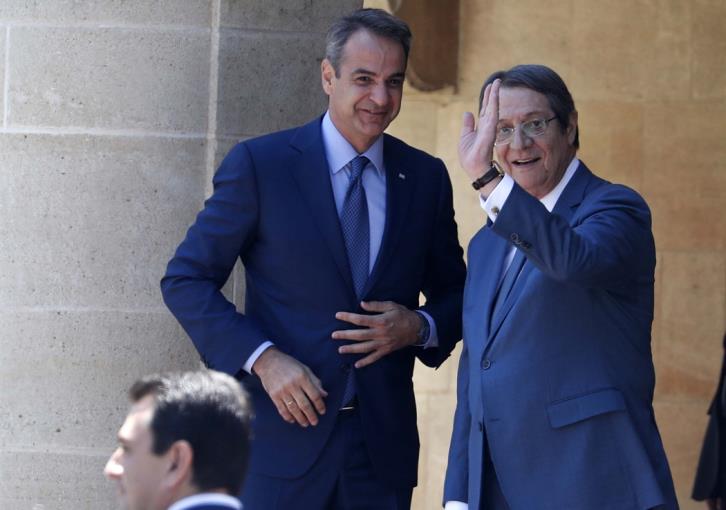 The Greek Prime Minister, Kyriakos Mitsotakis, arrived at the Presidential Palace, where he will hold a meeting with the President of the Republic, Nikos Anastasiadis.

The two will discuss the & nbsp; Turkish provocation in the enclave of Varos, but also in general & nbsp; the unacceptable and provocative behavior of Turkey, both towards Cyprus and Greece, as well as the review positions still being put forward by Turkey on the framework for a solution to the Cyprus problem.

What is happening in Ukraine, Immigration, energy issues, as well as other issues of common interest regarding the role of the two countries as pillars of & nbsp; stability and peace in the region are also expected to be discussed.

At 18:00 & nbsp; a meeting with the President of the European People's Party Manfred Weber will follow, where developments in Ukraine, the Cyprus problem, the Turkish challenges, immigration, as well as the issues on the agenda of the forthcoming European Council are expected to be discussed. Brussels on 23 June.