Limassol: Luxury hotels close the beaches in the world (Images) 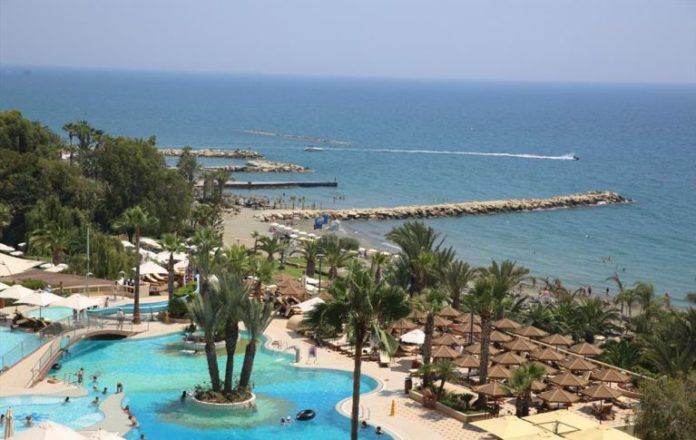 Economic, social and not only the problems that arise – The report of the Commissioner of Administration, Maria Stylianou Lottidis is revealing

“24” opened the file of the coastal front of Cyprus, focusing its reports on Limassol and Larnaca, where the most violations are observed in relation to the cadastral maps. Apart from these violations, however, of particular importance is the way in which state land is allotted to areas – “fillets” from which luxury hotels, such as the Four Seasons, hoard.

The coastal front of Limassol and Agios Tychonas is full of cases where state land has been granted to luxury hotels, closing the access to the beaches to the general public, thus creating essentially private beaches. To our question, whether this is legal, the answer came effortlessly from those who know: State land is granted with long-term contracts in hotels, by the Municipality of Agios Tychonas, under unknown conditions and with unknown conditions and mainly with an unknown price for the Municipality .

As far as we know, the piece of state land, which generates millions of euros in luxury hotels, such as the Four Seasons, is rented without the citizens of Agios Tychonas knowing the price or other reciprocal benefits received by the Municipality. For example, we were told that in many cases the hotels take care of the cleaning of the beach and the sea in front of the beach they are exploiting, something that is really quite costly for each Municipality and community. But, when renting a privileged space for a non-competitive price with opaque procedures, then obviously every hotel can offer rewarding services, which do not in the least approach the profits it makes.

The issue of access to the beaches is multiple. On the one hand, citizens have every right to complain and complain that while by law there can be no private beaches and the maximum price per bed is € 2.5, hotels often ask for exorbitant amounts even if the citizen does not know the law ends up paying more than 20 euros for a cot.

However, apart from the financial issue, there is also the issue of security, especially after what happened in Rafina. It turned out that the access to the beach must be clear and open, in case of natural disaster, something that does not happen on most beaches in Limassol, since those who want to visit them have to go either through the hotel or through an inaccessible coastal road, which is for pedestrians only. Of course, the CTO stipulates that for each beach 50% of the space should be free so that everyone can spread their towel and set up their umbrella wherever they want, but on the beaches in front of the hotels, something like this illusory dream.

The social side of the lack of access to the beaches

In addition to the financial implications of the virtually “private beaches”, a major issue was raised by the Commissioner of Administration, Maria Stylianou Lottidis regarding the access of the disabled to the beaches, which has become problematic, as the Commissioner's office received a lot of complaints about the beaches which have been designated accessible to the disabled, but are anything but accessible.

The report by Ms. Stylianos Lottidis, published on Wednesday, points out that there may be steps forward, but there is much that needs to be done to improve the situation.

As the Commissioner of Administration notes, based on the annual registration of accessible beaches by the CTO, it appears that the number of these beaches is increasing every year. Furthermore, the CTO has provided and continues to provide grants for the execution of projects and the purchase of equipment to improve the accessibility of beaches for the disabled. In addition, it appears that significant steps have been taken to expand the accessibility of beaches for the disabled from the configuration of parking and sanitation facilities for the disabled, the construction of ramps / access corridors and the installation of Seatrac and floating wheelchairs on specific beaches.

At the same time, as it appears from the investigation of complaints that reached the office of the Commissioner, several coastal local authorities are making the necessary arrangements so that the organized beaches have sunbeds and umbrellas available at all times for use exclusively by the disabled. In the event that the prohibition, based on the Law on the Protection of the Beach, of the passage of motor vehicles or other wheeled vehicles from the beach, includes the wheelchairs (automatic or manual), as the aforementioned position of OPAK, creates, according and with the provisions of the Convention and the remarks of the Commission in the General Comment no. 2 (2014), discrimination against people with disabilities.

The obligation under the Convention for the import of universally designed products (in the case of ramps / corridors in question) that can be used by all persons without exception, including the disabled, is also pointed out, as well as the necessity indicated in its General Comment. To set accessibility standards that take into account the diversity of people with disabilities. In this way, there will be no discrimination against people with disabilities who are not physically disabled, as they will not be deprived of the opportunity for autonomous and dignified access to the natural environment (such as beaches). Other solutions, such as the installation of handrails along existing ramps / corridors or the construction of submersible docks that will allow disabled people and people with disabilities to enter the sea, are obviously low cost and easier to implement, but also facilitate accessibility for people with disabilities. in addition to kinetics. Therefore, the above-mentioned questionnaire sent by the CTO to the coastal local authorities is an important move in the right direction, which, however, will only contribute to the widening of the accessibility of the beaches, when solutions in cases where they are found to be absent and / or insufficient.

The Commissioner's report concludes by emphasizing that KOT, in cooperation with the coastal local authorities, must continue to take the necessary steps to increase the accessibility of beaches, as well as to ensure that the existing accessibility chains are complete and complete. In addition, to ensure the availability of parking spaces for the disabled near the ramp / access corridor and that at any time it will be possible for the disabled to access from the parking lot to the beach and the sea but also to the sanitary facilities for the disabled. 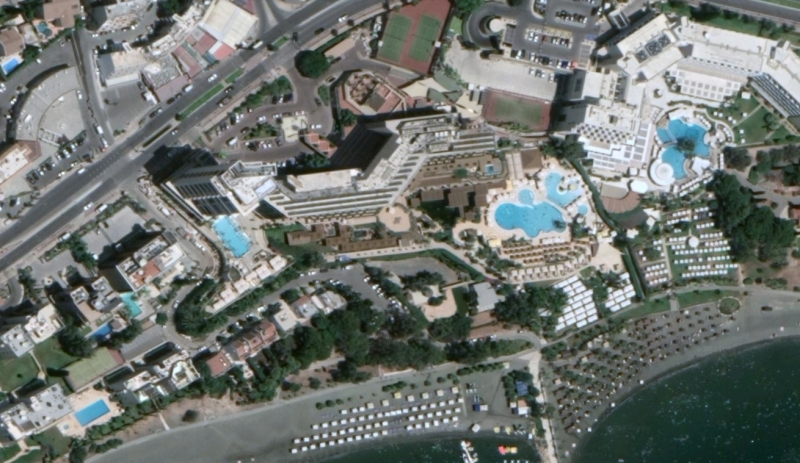 The Four Seasons area, where he has essentially created his own private beach

The pink area is the state land, which as shown in the picture has been granted to the Four Seasons and has been turned into a private beach