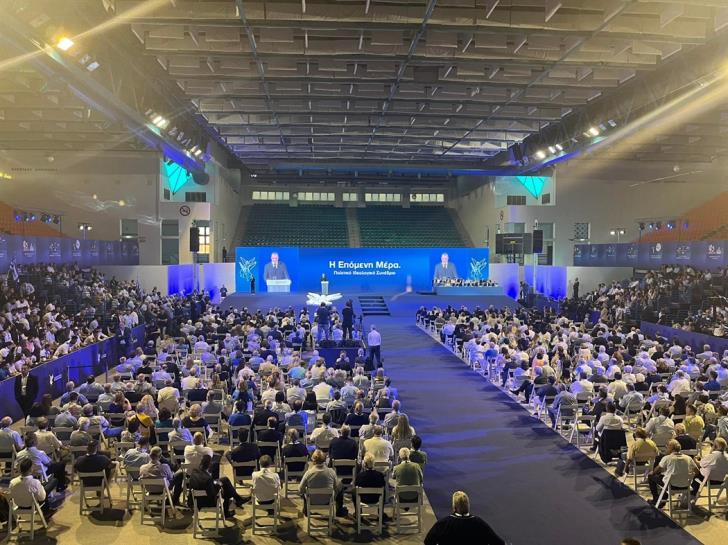 The ideological and political conference of the Democratic Alarm, which culminates the first part of the pre-election campaign for the presidential elections, takes place tonight at the stadium “Eleftheria – Tassos Papadopoulos”. & nbsp;

Nikos Anastasiadis, Kyriakos Mitsotakis and & nbsp; Manfred Weber take the stage tonight to greet the DISY congress, but also to send strong messages of support to the candidacy of Averof Neophytou for the presidential elections. At the same time, through the congress, which has the character of a large early pre-election rally, the ruling party will seek to send messages of unity of the party around the candidacy of the party president. & Nbsp;

Minute coverage of the Conference by philenews

Source: www.philenews.com
Share
Facebook
Twitter
Pinterest
WhatsApp
Linkedin
Telegram
Previous articleMitsotakis: No solution to the Cyprus problem without the complete withdrawal of illegal Turkish troops
Next articleDimitris Schoinas: In the end, who does he look like the most: Kaiti Garbi or Dionysis Schoinas?
- Advertisement -