Lottidis: The institution of the Commissioner of Administration is a key element of democracy 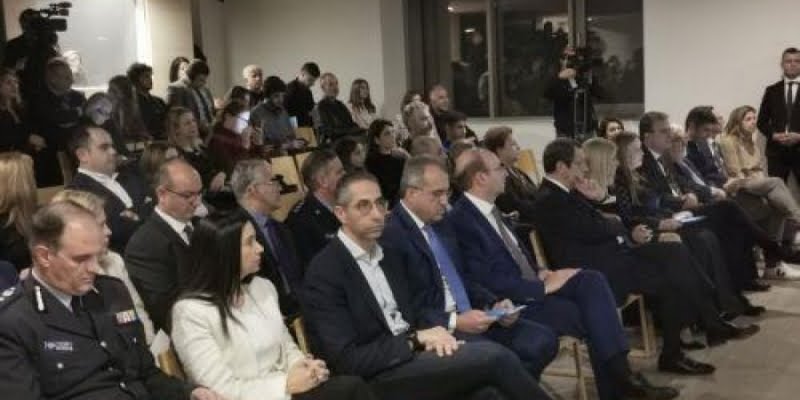 Speaking at the event, which was attended by, among others, the President of the Republic Nikos Anastasiadis, the Speaker of the Parliament Annita Dimitriou, the Ministers of Health and Defense Michalis Hatzipandelas and Charalambos Petridis, respectively MPs, Mrs. Lottidi announced that complaints by the end of 2022 amounted to almost 3,000.

He stated that the institution began operating in Cyprus in 1991 and on March 23 of the same year the first complaint was received, adding that by the end of 1991 the number of complaints had risen to 466.

He stated that "the Institutions of Administrative Commissioners are a key element of states based on Democracy and the rule of law, playing an important role in the respect and protection of human rights and good administration within the framework of the principles of independence, objectivity, justice and meritocracy. .

Mrs. Lottidou said that the competence of the Commissioner in Cyprus has been expanded so that it functions today as an equality and anti-discrimination body, as an independent authority for the prevention of torture, as a national mechanism for the rights of persons with disabilities, as a monitoring mechanism for forced returns and as a national human rights authority.

Finally, the Commissioner said that the recognition of the institution as a national human rights authority took place in 2015 after an evaluation by the competent international accreditation sub-committee which operates under the auspices and in cooperation with the Office of the UN High Commissioner for Human Rights and added in October 2022 after re-evaluation, the institution was accredited with status A, by B.

Besides, in his greeting, the President of the Association of Mediterranean Mediators and Greek Advocate Andreas Pottakis congratulated "on the successful completion of 30 years of operation of the Office of the Commissioner for Administration and Human Rights".

Addressing the President of the Republic Nikos Anastasiadis, Mr. Pottakis said that he was impressed "by the number and quality of the recent initiatives for the legislative armoring of the Office of the Commissioner", adding that this "already makes the Commissioner in Cyprus fully harmonized and with the principles of Venice”, which were unanimously agreed by the member states of the Council of Europe and have now also been adopted by the UN “as the minimum standards that must be observed by commissioners around the world”.

He also stated that the presence of President Anastasiades "honors not only the institution of the Commissioner of Administration of Cyprus but the entire community of Commissioners and sends a clear and unambiguous message of recognition of the role of the institution, in the protection of fundamental rights, the strengthening of rule of law and the shielding of democratic principles”.

Source: www.sigmalive.com
Share
Facebook
Twitter
Pinterest
WhatsApp
Linkedin
Telegram
Previous article
Promise of the Metropolitan of Paphos that he will preserve the tradition of the church
Next article
Maria Lottidi: A key element of democratic states and the rule of law is the institution of the Administrative Commissioner
- Advertisement -