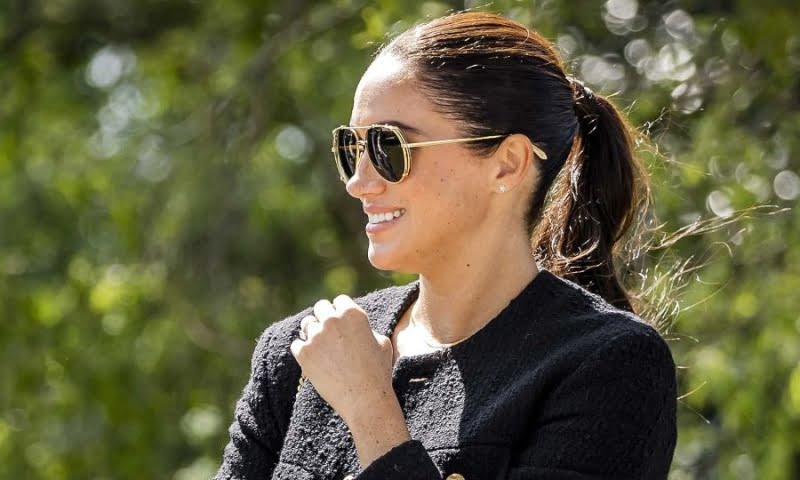 The Duchess of Sussex arrived stylish in a black Stella McCartney dress paired with a large black hat.

The dress with high neck costs around €1,640 and was a black version of the same dress she wore to attend the Queen's 92nd birthday celebrations at the Royal Albert Hall in April 2018.

Meghan teamed her ensemble with black tights, black suede pointed heels and black suede gloves. She opted for an elegant wide-brimmed hat which she teamed with simple pearl jewellery, the stone traditionally associated with mourning.

After some controversy over Harry and Meghan holding hands as they left Westminster Hall after the short service at the start of the ceremony, the couple walked side by side, but not holding hands.

They sat directly behind Britain's King Charles III and his royal wife during the ceremony, overlooking the casket, while William and Kate were down the aisle with their two children.

Britain's Prince George and Princess Charlotte were also seen wiping away tears as they bid a final farewell to their great-grandmother Queen Elizabeth II.