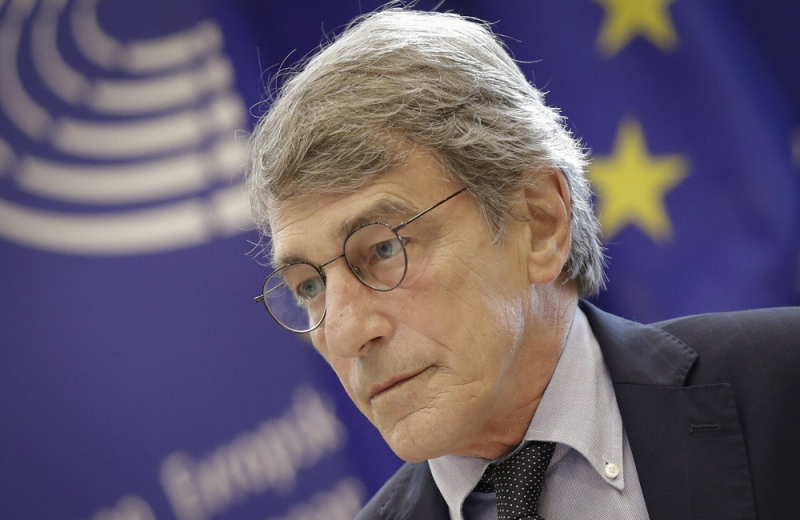 The Cypriot MEPs also expressed their condolences and grief for the death of the President of the European Parliament, David Sassoli.

DISY MEP Lefteris Christoforou in a post on the occasion of the tribute to David Sassoli at the European Parliament building in Brussels said that Sassoli “was a firm defender of democracy and European principles and values and fought to the end for a strong social Europe “.

In a post, DISY MEP Lucas Fourlas spoke of a “great loss for the European Parliament” and sent his condolences to the family, friends and political group of David Sassoli.

AKEL MEP Giorgos Georgiou spoke of a sad day for Parliament, stressing that David Sassoli “has been active, sensitive and militant in his role as head of the most democratic European institution” and that he has made efforts. in difficult circumstances to uphold Parliament's prestige.

AKEL MEP Niazi Kizilgiurek expressed deep sorrow over the death of David Sassoli in a post, referring to a “huge loss”, sending condolences to the family, relatives and the political group, adding that his absence would be obvious.

DIKO MEP Costas Mavridis expressed deep sorrow over the death of David Sassoli, adding that “throughout his political presence he defended a better Europe with a social orientation & with a focus on solidarity and democracy”.

MEP Dimitris Papadakis, who belongs to the Social Democrat group, spoke of a great loss and said that David Sassoli was “serious and always smiling, a friend, a comrade who left his mark on the European Parliament and our Political Group.” .

Pictures of another Cyprus: Photos of the snow-covered villages – New...