Milliet: Macron took Anastasiades by the hand and brought him to Erdogan in Madrid 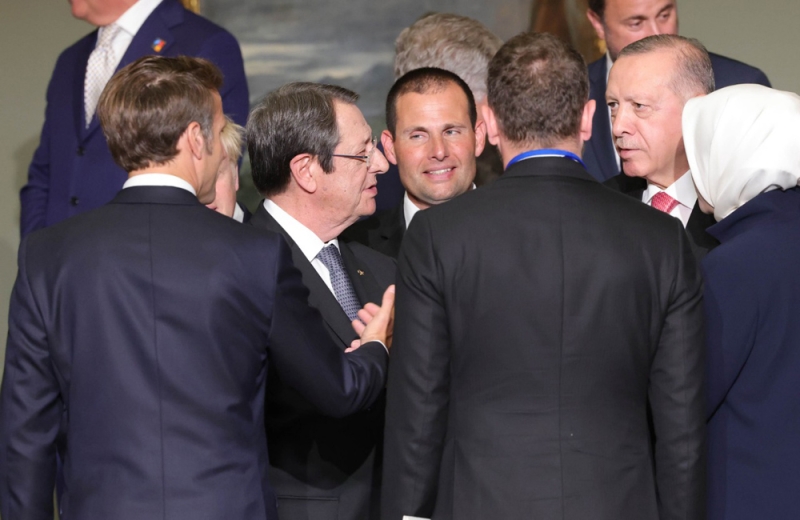 French President Emmanuel Macron was the one who brought the President of the Republic Nicos Anastasiades close to the Turkish President Tayyip Erdogan, during the dinner in Madrid, writes the Turkish newspaper Milliet.

In its report, the Turkish newspaper writes that during the dinner in Madrid, French President Emmanuel Macron “took the hand of Greek leader Nicos Anastasiades” as it refers to the President of the Republic of Cyprus “and tried to brings close to the Turkish President Erdogan”. “There was a moment called 'photo opportunity' in English. Anastasiades, on the other hand, tried to turn this brief moment into an attempt to formalize his 'constructive' attitude towards the solution of the Cyprus problem by uploading the snapshot of the conversation on social media”, writes the Turkish newspaper.

Source: politis.com.cy
Share
Facebook
Twitter
Pinterest
WhatsApp
Linkedin
Telegram
Previous article
They were filming a video to show the EF at the time of the military exercise (?), an actor from Brusco was also present – ​​Critical injury SYOP in Lara
Next article
Racist incident at graduation: 'I was the yelling parent – We were finally happy to see our kids go' (audio)
- Advertisement -