Min. Health for bird flu: The situation is manageable – Next steps 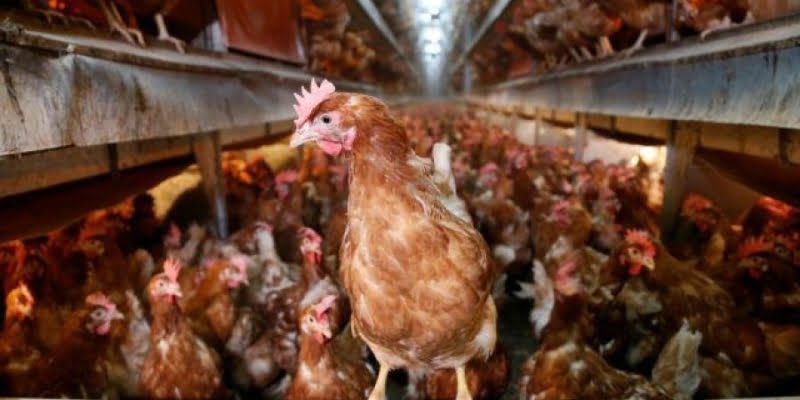 As he said, the purpose of the meeting was to inform the Ministry of Health regarding the two cases of bird flu in the province of Famagusta and to have coordination between the Ministries of Health and Agriculture.

The Minister said that during the meeting it was decided to inform the world by issuing a press release that will give several instructions and to the public and hunters who are in contact with several birds in the wild.

The respondent stated that the owners of the units where the cases have been identified are in communication with the Ministry of Health. "Some tests will be carried out today and we will have the results in the next few days. We will have some preliminary results immediately, some others within a day or two, he noted.

Regarding the cases that are in self-limitation, he said that these are being monitored by the Ministry of Health.

< p> He explained that the transmission came from birds that may have come to Cyprus from some other countries.

"The positive thing about these two cases is that they are properties that are not animal farms, two individual private properties and there will be no transmission to humans," he said.

When asked, he said that the disease is not transmitted so easy. At the meeting, he said, there was also an epidemiologist from the Ministry of Health and the information they received is that transmission is not easy.

"That doesn't mean we shouldn't do anything. We must take all the measures and implement all the protocols that exist in the Ministry of Health and the Ministry of Agriculture, he added.

He said that the killing of the birds has already begun, noting that this must be done carefully in order to do not cause the birds to panic and move to other premises. It is something, he continued, that the Ministry of Agriculture handles very carefully.

The Director General of the Ministry of Agriculture, Andreas Grigoriou said that during the meeting they informed about all the actions taken by the Department of Veterinary Services on the occasion of the detection of the bird flu virus in four domestic birds in the province of Famagusta.

We want to assure, he noted, that all the necessary measures provided by the specific action plan-protocol are being taken in order to limit the spread of the virus.

«All production units have been informed and they have been limited the birds in the two collections in the province of Famagusta, a relevant announcement has been issued and as a result of today's meeting a press release will be issued to inform the public”, he noted.

“The killing process has started and is expected to be completed in next few days and we are talking about a few hundred birds. We want to assure you that all the necessary measures have been taken and there is no cause for concern. However, if dead birds are found, the Department of Veterinary Services must be informed immediately, he added.

Source: www.sigmalive.com
Share
Facebook
Twitter
Pinterest
WhatsApp
Linkedin
Telegram
Previous article
The Ministry of Health answers questions about the coexistence of the flu and the coronavirus. Health
Next article
The Salary Upgrade of the Security Forces goes to the Plenary
- Advertisement -