MINISTERS: Immediate deportation of those involved in the incidents in Pournara 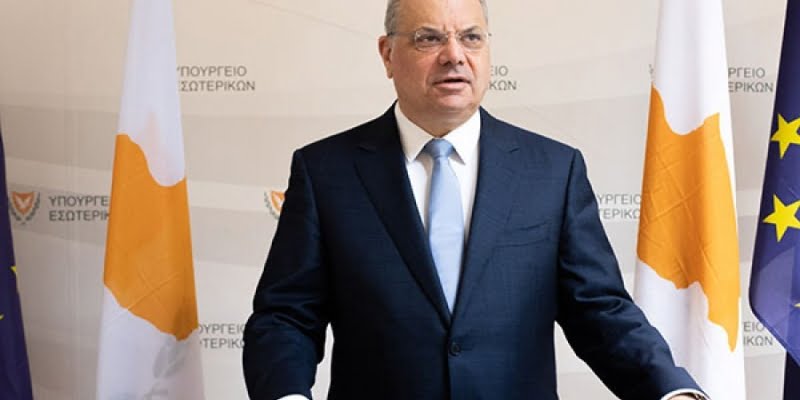 The intention of the Ministry of the Interior to proceed with the immediate deportation of the people who participated in the violent incidents at the Pournara Hospitality Center, was conveyed by the Minister of the Interior, Nikos Nouris, in his statements to the KYPE, after his visit to Center at noon on Saturday, in order to closely examine the situation after the disturbance and the return of those who had left the area to save themselves.

The Minister explained that the photos of 160 people who were in quarantine were given to the Police, after they had been identified by the asylum service. “At the moment, an attempt is being made to identify them with the footage from the Center's cameras, to see if and to what extent they are involved in the incidents,” he added and emphasized that those who are identified will be detained by the police and then the process for immediate their deportation.

“A message must be sent to those who cause these problems, because they cannot be accommodated in one country, under any circumstances, and we are constantly called upon to resolve differences between different nationalities,” Mr. Nouris told KYPE and added that "when knives and machetes are circulating, obviously those who caused the incidents must be identified and punished".

He also mentioned that the reason for the fight was the fact that the Nigerians and the Congolese disagreed as to whose turn it was to charge his mobile phone. Asked whether this is an indication of the problems caused by the congestion of a large number of people in the Center, he said that this is the main cause of the problems.

During his visit, Mr. Nouris said that he was informed that restoration is being done. of the approximately 15 tents that had been burnt by yesterday's fire, so that the accommodation of the guests could be restored. Additionally, in addition to the head of the Center, Mr. Nouris also met with the Mayor of Kokkinotrimithia.

As for the Center, the Minister said that an evaluation of the measures taken in the area was carried out and stressed that efforts will be made to speed up the completion of the new fencing, a project with a cost of €1.2 million, which was scheduled to start in two – three weeks, in order to have double fencing in the Center. The project was scheduled to be completed in March, but after the latest developments, Mr. Nouris said that he will have contacts “with all the services involved, including the Auditor General of the Republic, so that we can speed up the implementation in a specific way.” project».

Regarding the situation in the community of Kokkinotrimithia, he said that it is clear that there must be improvement measures, and in particular he said that "the matter of guarding and patrols by the police must be intensified more» .

Finally, he mentioned that outside the Center there is a "number of people, who seem to be involved in the incidents as well and it seems that various materials are being traded with those who live inside", noting that it seems to be working even canteen on site. The Minister said that he will proceed to meetings with various agencies involved, in order to deal with the phenomenon.

Fires, clashes and tear gas in Pournara – The moment of evacuation (vids)< /p>

Source: www.sigmalive.com
Share
Facebook
Twitter
Pinterest
WhatsApp
Linkedin
Telegram
Previous article
Nouris gave instructions for Pournara. Immediate deportation of those involved and new fencing
Next article
In separate cells, the 8 for the murder of a 41-year-old in prison. Under 8 days reservation
- Advertisement -