MINISTRIES: Apology for a letter to a dead infant – 10 similar incidents were found 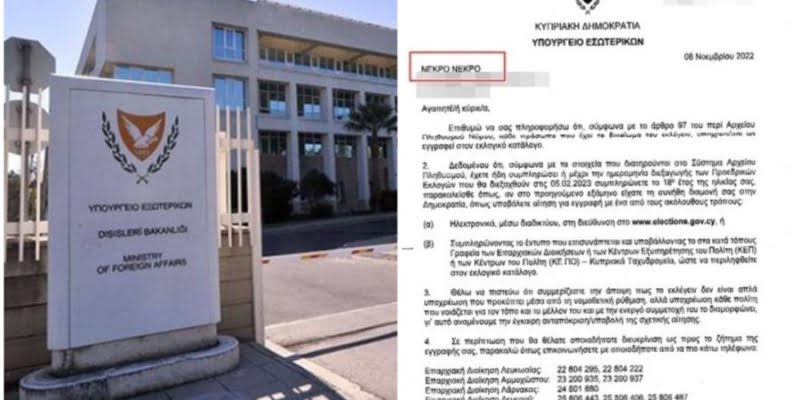 The Ministry of the Interior responded in regards to the letter sent to a dead infant for registration in the electoral roll.

This is the response of the Ministry of the Interior:

Following a publication referring to a letter sent to a dead person for registration in the electoral roll, the Department of Population Records and Immigration of the Ministry of the Interior expresses its regret and apology, clarifying that the unfortunate event was due to an inability of the system p th has been in operation since 2000 and which did not provide for adequate recording of all data, including the date of death.

As a result, during the  recent sending of 29,563 letters, as part of the campaign to register in the electoral roll to citizens aged 18 – 25, ten similar incidents were identified.

The Ministry of the Interior apologizes for the unfortunate incident and assures that the appropriate actions have already been taken to prevent a similar incident from happening again in the future.