Nikos Anastasiadis to Alarmists: “Do not betray our faction, our country does not need experiments” 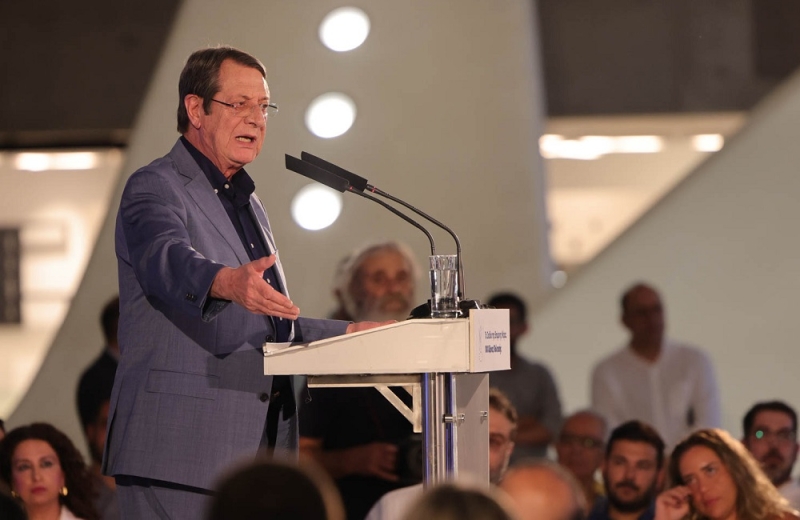 Our country does not need experiments, said tonight the President of the Republic, Mr. Nikos Anastasiadis, noting that whenever experiments were carried out in the name of change, dangers arose for the country.

In his greeting at the event Democratic Alert on the occasion of the 46th anniversary of its establishment, which took place in Freedom Square, President Anastasiades jokingly, climbing to the lectern for his greeting, said that “you witnessed the attempt of two members of the presidential guard to subdue me . Neither I nor DISY need crutches”. 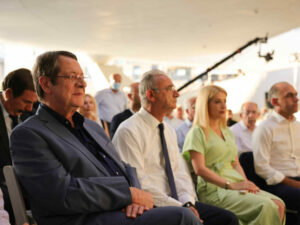 This faction has principles, which it follows. It does not change according to the times or according to the prevailing conditions. She is versatile, she certainly listens and communicates. These are the basic principles that led Glaukos Cleridis, on a similar day in 1976, to found this great faction, a faction that out of its 46 years of life, 20 of which governed and contributed to this homeland.

A faction that respected the mandate of the people. A faction that would possibly rule for many more years if there was not the flesh of discord, if some people did not cultivate excessive ambitions in some others encouraging them that now is the time to rule.

It is the right of everyone to have ambitions. , it is everyone's right to seek to see how politically he develops. However, it is also an obligation of any of us – from the time he belongs to a political faction, not to be said to belong – to honor her with works. 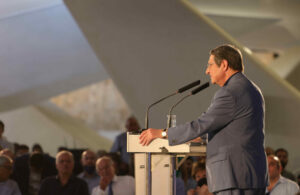 There were many attempts by many, whether in the initial stages through the use of violence, threats, marginalization of our followers, stigmatization when they read certain newspapers, with the ultimate goal of either dissolution or disintegration or the inability to develop. The more they tried, the more they fought us, the stronger we became. And today, know that what the people want is what we have given: stability, development, a guarantee for tomorrow. Because we are serious and not populists. And that has its significance.

I said it at the last conference and I repeat it: I want one thing from all of you. Rally as we did in every election, stand up and recognize that if we recorded success it was because our faction was strong in Parliament. And she was not only strong in Parliament, she also had a strong leader who guided her, who created the prospects for cooperation.

Yesterday I was talking with my friend the President of France Emmanuel Macron. He is trying to form a Government, with alliances. I told him that for a decade I have ruled without having a majority. And yet the work we have produced is recorded as if we had a majority from day one.

And if it was possible – and I repeat and underline it and you must all keep this in mind – to achieve what will be recorded at the end of the decade, it was because there was a DISY leader in the Parliament who succeeded in creating those conditions and the majority, to be able to pass reforms, to be able to create perspectives, to literally change the course of this state. 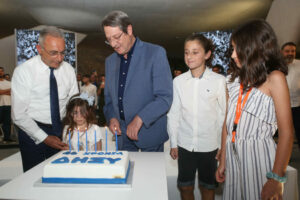 A course that signals modernization. A course that, with what I was happy to hear today from the President of DISY Averof Neophytou, will have a continuation. And this continuity depends on each of us.

For this, 46 years since the establishment of this faction, it is a historic debt to the each of us, to the old as the foundations, to the young as the prospect of the future. This is what our History dictates, this is what our country wants, this is what I ask as the Honorary President of the faction from everyone without exception who has the mark of the alarmist in their flowing blood, the alarmist DNA.

Do not betray the faction. us, do not betray our country. We ask for nothing more than commitment, love for the country and support for confidence, stability, perspective”.

Source: politis.com.cy
Share
Facebook
Twitter
Pinterest
WhatsApp
Linkedin
Telegram
Previous article
Fiery nightmare in Greece: The front in Amfissa is out of control, the northern side of Itea is being evacuated
Next article
Two people were arrested and taken into custody for attempted murder
- Advertisement -