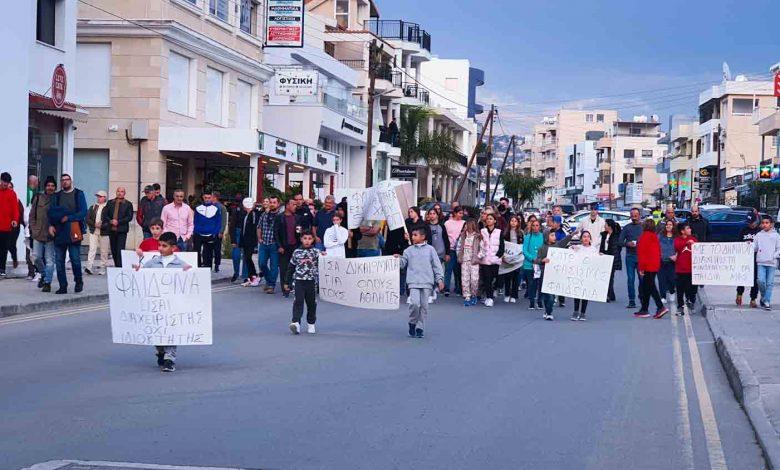 George Georgiou, president of the three-member committee that took over the management of the NOP, said that the athletes of the Paphos Nautical Club have been out of the water for three months. Although they had many competitions in water polo and swimming, he continued, the athletes of the Paphos Nautical Club participate without training. We, said Mr. Georgiou, “have a history of 50 years and we have to preserve it”, adding that after the latest decision of the Municipality of Paphos, “the tombstone is finally placed” in one of the few associations of the city that exists here and 50 years, and to one of the oldest members of the Cyprus Swimming Federation”.

For his part, Alexandros Christoforou, president of the Cyprus Swimming Federation, said that two years ago the problem started with a dispute between parents, while now it is a “handjob” of the Mayor of Pafos who, according to his claims, is currently trying to dissolve the NOP. He added that the differences of the two sides had almost been bridged and suddenly everything was overturned with the memorandum put forward by the Mayor of Paphos. He also said that what is happening in Paphos is absurd, inhumane and unprecedented, noting that the Swimming Federation cooperates with all the Town Halls except Paphos.

The event was attended by AKEL Pafos MP Valentinos Fakontis who said that the sports infrastructures of the State and the TA must be free and easily accessible by all athletes. He also described as unacceptable the attitude of the Municipality of Paphos “to prepare memoranda and give them to the relevant Associations for signature and these memoranda to abolish the Democracy and to set conditions for the abolition of the elected councils of the associations”. These, he added, are unacceptable tactics and called on the CMO, which is the financier of the operation of the swimming pool, to impose himself and discuss the problem that exists in the swimming pool of the Municipality of Paphos.