Official announcement of elections to the Church. The Observer's circular detailing the process (pics) 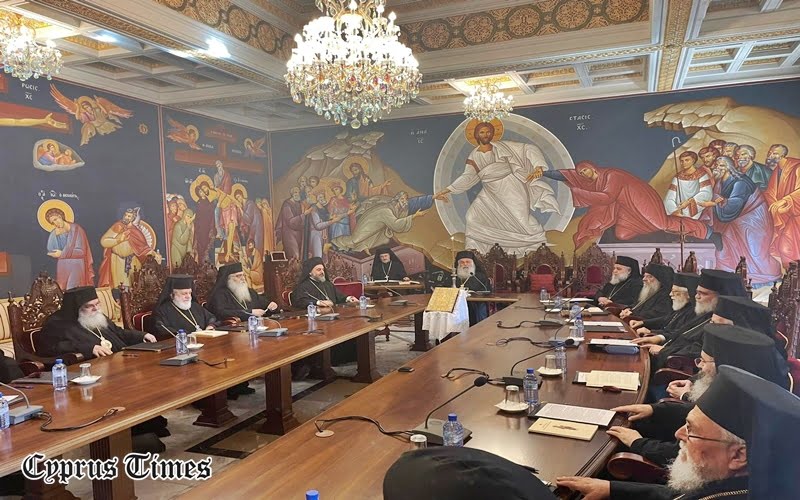 The entourage of the Custodian of the Archbishopric throne, Metropolitan George of Paphos for the archdiocesan elections – And elections are officially announced – All procedures in detail

The circular of the Custodian of the Archbishopric Throne, Metropolitan of Paphos George, on the basis of which the archdiocesan elections are officially announced.

In the circular, which is published below, the procedures for the archbishopric elections are described in detail, i.e. procedures for voting with the participation of the people to form the triumvirate and then the election of an Archbishop by the Holy Synod. p>

As stated in the circular, the training of the triumvirate will take place by universal secret ballot on Sunday December 18 between the hours of 10 am and 6 pm, with an hour break between 1 and 2 or noon .

The right to vote has the right to vote for all Orthodox Christians of Cyprus over the age of 18, those who live permanently in Cyprus for at least one year and are registered in the electoral roll for the election of an Archbishop .