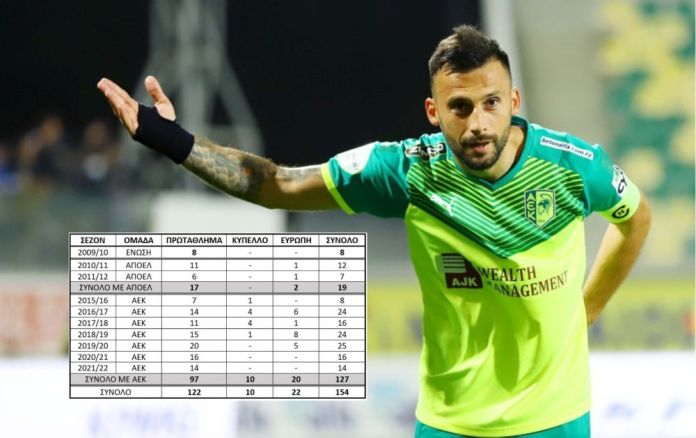 Ivan Triskovsky. A name, a story.

The leader of AEK continues for another year, even if he is 35, to score with & # 8230; scoop, reaching double-digit goals in the league for the sixth consecutive season.

With the series of goals he scored in the last games against Apollon and Anorthosis, the Northern Macedonian player reached 14 and has the lead for the title of top scorer (12th Sadik), while at the same time, he is close to reaching another big landmark.

The 35-year-old reached the derby with Anorthosis with 97 goals with the yellow-greens in the institution and he has three more left to complete another centimeter. It is not easy to succeed in the rest of the season since there are four games left (with APOEL, Aris, Paphos and Apollon) but we are talking & # 8230; for Triskovski and the possibility of overtaking, in no case can be ruled out for the top scorer of modern Cypriot football.

Even if he does not succeed in them The games, however, will be taken for granted as he will do so next season (his contract expires in 2024).