One after the other, the balconies fall-“We thought a car came in” (vid) 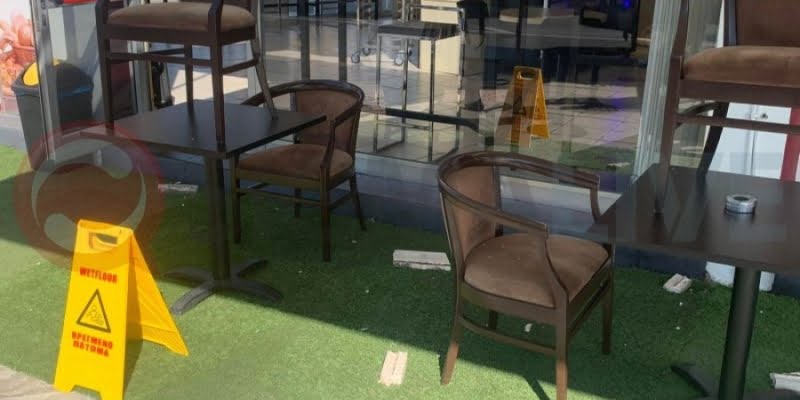 Dimensions of «epidemic» began to take the phenomenon of falling balconies in Cyprus.

After the collapses in Paphos and Limassol, it was Nicosia's turn, as pieces of a balcony fell into a cafe area on Giannou Kranidiotis Avenue in Latsia.

«We were sitting outside, after a few seconds we had to go inside, we heard noises, we thought a car had entered the store, we went outside and saw the stones, the pieces of the balcony,'' said the owner of the cafe.

Employees of the municipal services rushed to the scene and cordoned off the area, while according to information, there are approximately 10 dangerous buildings in the Municipality.

The Mayor of Limassol expressed the need for immediate measures, after the events that took place in the city .

«We are facing a situation that we must declare as a state of emergency. There are two bills of the Minister of Transport and Land Registry.  Both move in the logic of making procedures faster and more efficient, he said.

An issue is also raised with the indifference of some owners in taking measures.

The alarm bell is also sounded by the ETEK, which calls for the immediate implementation of the law, which stipulates that the owners must remove the building's dangerousness.

Source: www.sigmalive.com
Share
Facebook
Twitter
Pinterest
WhatsApp
Linkedin
Telegram
Previous article
Utopos for Presidential: “They forbid me to be a candidate”
Next article
He entered a school under renovation in Larnaca and stole construction materials worth thousands of euros. Handcuffs on a 37-year-old
- Advertisement -