Panagiotou: What will determine the final vote of the Cypriots 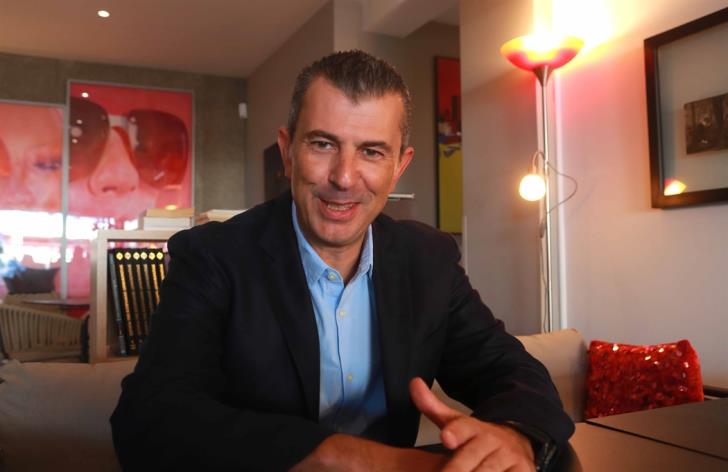 We are in a frenzied campaign nine months before the polls in a marathon election campaign, unprecedented in many ways.

With a public opinion overworked, angry, suffering from the pandemic, the financial crisis that followed the coronavirus, the accuracy and the new economic turmoil as a result of the Russian invasion of Ukraine and the effects throughout the global.

We discussed with Panagiotis Panagiotou, general manager of Pulse Market Research, the phenomena that are recorded, the behaviors of citizens in the database that we have in front of us. He points out that in this phase, public opinion's interest in the presidential elections of 2023 is starting to “warm up”, and his assessment is that an image of a relative “relaxation” of the traditional ideological position of both the voters and the candidates is being created.< /p>

He detects subjectivity in the answers given by citizens in opinion polls and notes that voting criteria in presidential elections are not so easy to record and prioritize objectively. The problems that will preoccupy the pre-election candidate are those of the citizen's everyday life, as he says, which the candidates also highlight. And these are none other than accuracy, economic narrowness, security, energy, without being absent from the frame and the Cypriot, which in other measurements was the primary in terms of the criteria on the basis of which he made his choice Cyprus.

He estimates that in the fall we will have a more secure picture of where we are going and how the scene will be shaped. And he remains faithful to his position that “as a people we hardly get out of our comfort zone to change things in our lives. How much this will affect the presidential election, I think depends on how each of us sees our own comfort zone”.

-We entered the depths of a marathon pre-election race with the central players in the center and a number of candidates forming a football team… What does this landscape tell you?

– First of all, thank you for the opportunity to discuss polls and elections more broadly. Indeed, so far we have interest from almost 10 candidates for the presidency of the country, a phenomenon that is also observed in other countries. Professionally now, the large number of candidates creates objective difficulties for the polls due to the fragmentation of the electorate on questions of voting behavior that the polls include.

-It is certainly a pre-election different from all previous ones. What do you think counts for public opinion in terms of its positions on the candidates? An angry public opinion that questions everyone and everything.

-We are still some time away from the elections and based on our measurements, now it seems that public opinion is starting to get interested in the upcoming elections elections. The first indications we have in general seem to create an image of a relative “relaxation” of the traditional ideological positioning of both the voters and the candidates. Voting criteria in presidential elections are not so easy to record and prioritize objectively, since many times behind the opinion polls, we find a subjective basis of answers.

READ THE WHOLE INTERVIEW IN THE LIBERTY

Source: www.philenews.com
Share
Facebook
Twitter
Pinterest
WhatsApp
Linkedin
Telegram
Previous article
On July 28, the mandate of UNFICYP is expected to be renewed
Next article
They were filming a video to show the EF at the time of the military exercise (?), an actor from Brusco was also present – ​​Critical injury SYOP in Lara
- Advertisement -