Parliament: Legislation to collect a fee of 0.4% on property sales in favor of refugees 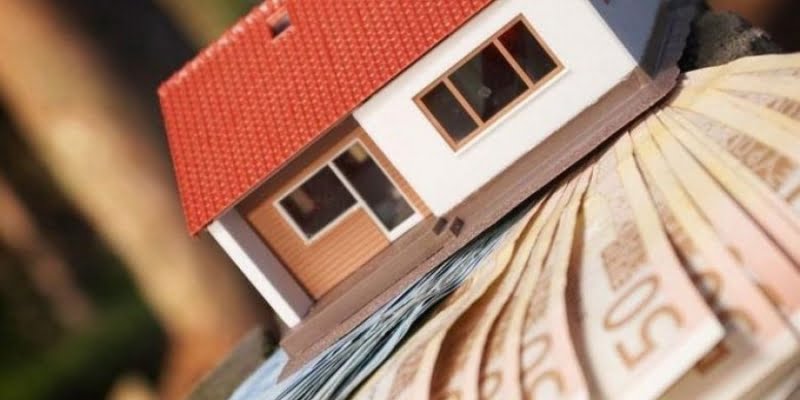 The Plenary of the Parliament unanimously passed a law by which the Tax Commissioner assumes the responsibility of collecting a fee of 0.40% on the sale price of real estate, to support the project of the Central Agency for Equal Burden Distribution.< /p>

The law defining the obligation to collect this fee was passed by the Parliament in February 2021, however it had not been activated since neither the relevant law nor the Government defined the procedure by which the collection of this fee would be made to benefit of the refugee world.

With the law passed during today's session of the Plenary, the Law on the Central Body for Equal Distribution of Burdens is amended, so that a fee of 0.40% is collected on the disposal price of real estate for the transfer of real estate, but also in cases of the transfer of shares of any company which owns immovable property.

Specifically, the Tax Commissioner assumes responsibility for collecting the 0.40% fee and issues a relevant payment certificate when transferring immovable property or transferring shares of a company that directly or indirectly participates in a company which owns real property.

Provision is also added to make it legal for sellers of real estate and shares to pay the fees from 22 February 2021, when the relevant law came into force. If this is not possible, the Tax Commissioner may take legal action against those who have not paid their debts to the Tax Department.

At the same time, a second law that was also passed unanimously provides that upon the transfer of immovable property it is necessary to present a relevant certificate from the Tax Commissioner that a fee equal to a percentage of 0.40% of the sales price, as specified in the said law, has been paid by the seller or that no fee arises.

The Plenary Assembly rejected by a majority the law proposals of DISY Member of Parliament Rita Theodorou Superman, according to which the fee of 0.40% will be paid after the start date of the law which was voted on October 27, 2022 and no legal measures or sanctions will be taken by the Tax Commissioner in cases of non-payment.   8 MPs voted in favor and 23 against.

MPs: The state committed an illegal act and must pay

EDEK Member of Parliament Kostis Efstathiou who was also the proposer of the relevant law for the collection of the 0.40% fee that the Parliament had voted in 2021 , said that an amount amounting to about 17 million euros until last May and intended for refugee relief has not been collected and that this money belongs to the refugees and should be paid to them, without raising questions of a practical nature.

He added that no law in the Republic of Cyprus can disburse money intended for social policy. The law, he said, will not be applied retroactively, since it had already been published in the official gazette of the Republic. As he said, the refugees must be supported and this image of the queues at the real estate committee of the occupied should be stopped.

DIKO Member of Parliament Christos Senekkis said that the specific debt was created by law from February 2021 and there is no retroactivity and no unconstitutionality. As he said, today the Tax Commissioner should be given the authority to collect the debt from the date of entry into force of the law that created it.

ELAM Member of Parliament Linos Papagiannis said that the debate about unconstitutionality is wrong and it is the responsibility of the state that did not implement the law since it was passed. The Parliament cannot, as it said, provoke the government and do injustice to the refugee community, and it opposed the DISY amendments. As he said, if the Government wants to, it can correct this distortion with its own funds.

The MP of DIKO Zacharias Koulias called on the state to put the 17 million that it did not collect from the state coffers and if if he does not, then to turn against those who had to pay and did not pay.

Limassol Member of Parliament Andreas Themistokleous said that it is unconstitutional to change market laws retrospectively and that those who sold or bought during the period in which the law should have been applied will be brought to justice. It is not possible, as he said, to blame the mistakes and omissions of the state on the citizensAKEL MP Nikos Kettiros said that all this time there was pressure from banks, large contractors and others. He noted that in the Refugee Committee there was also consensus from the DISY MPs until  the OEB came out and informed in a letter that it requests that the debts due to date be written off in the specific fee and that they start from today onwards, for the benefit of their member companies that are active in the real estate market.

He called the amendment tabled by DISY an "OEB amendment", stating that DISY  what he wants is for at least 20 million euros to be lost for the funds intended to support the most vulnerable refugees. DISY added that he had to vote without amendments and say an apology to the refugee community, since despite his pre-election promises, everything comes to nothing.  At the same time, he denounced "the big ones" they charged 0.4%, collected it and never gave it to the state.

DISY Member of Parliament Giorgos Georgiou stated that the matter is neither suitable for litigation nor for populism and said that DISY agrees with the content, spirit and letter of the law. He added that such legislative initiatives should be implemented immediately and not half a century late and said that billions were lost over time that could have been given to the refugee world.

"We all need to be more restrained and modest”, he added, stating that governments and parties have not shaken off the burden of moral and political responsibility towards refugees.

As for the DISY amendment, he said that it strengthens good administration and proportionality and  that no one can rule out the possibility that the retroactive imposition of the fee will be deemed unconstitutional, since according to a letter from the Legal Service, it is  visible risk of creating problems. He spoke of suffering, courts, interest and fines to which citizens will be led for something they are not responsible for. He also noted that when enacting the law, Parliament did not specify a collection mechanism.

The MP of the Environmental Movement – Collaboration Stavros Papadouris noted that the state committed illegality and the Parliament cannot enter into the process of legalizing this illegality and hunting 40,000 persons. The one who has made the mistake is accountable and should pay, he said.

Alternative attempts to solve the issue

MPs tried during the session to solve the problem with alternative ways, which however did not work.

DISY's Parliamentary Representative Nikos Tornaritis asked for a postponement of the session so that DISY's MPs could meet with the Minister of Finance as soon as possible and request that the state deposit the money that was not collected into the refugees' funds.

The President of Parliament Annita Dimitriou, said that she is not going to postpone an issue while the debate is ongoing.

The Parliamentary Representative of DIKO Panikos Leonidou tried to table an oral amendment so that the law would be passed today, but implemented in 15 days so that in the meantime the state would come with a supplementary fund or a fund in the budget to cover the amount that was not collected. As he said, the Parliament cannot continue in an illegal way to correct the Government's mistake.

MP of DIPA-Cooperation Marinos Musiouttas said that the state can pay the fund whether the amendment is passed or not.

DISY Member of Parliament Haris Georgiadis stated that regardless of whether the state itself puts the money into the fund, if the regulations are passed without the DISY amendment, the Commissioner will necessarily and by law hunt the 40,000 citizens, imposes a fine and interest and a charge on them, regardless of whether it will endow the Agency in this way or not. to separate natural and legal persons and for the Government to subsidize natural persons and pursue legal persons to collect the fee.

Source: www.sigmalive.com
Share
Facebook
Twitter
Pinterest
WhatsApp
Linkedin
Telegram
Previous article
VAT regulations are being amended to comply with an EU directive
Next article
Fire in a moving vehicle in Nicosia – The Fire Department is on the scene
- Advertisement -