Parliament: Pilot lifting of the ban on the sale of kerosene through automatic tellers 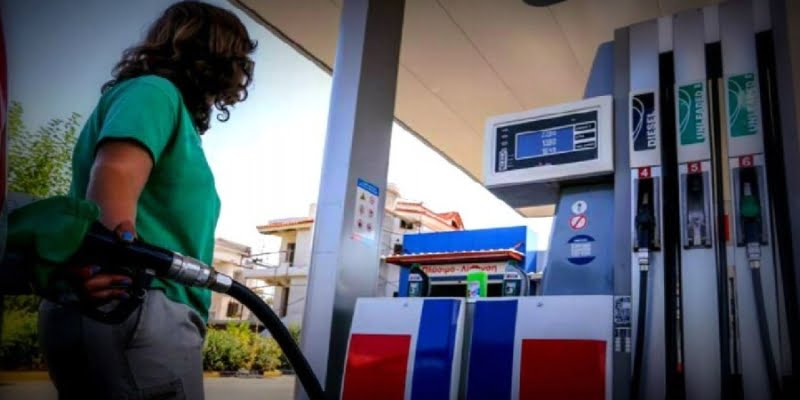 The Parliamentary Trade Committee requested today the customs department and the Ministry of Commerce to pilot the lifting of the ban on the sale of kerosene through cash registers when gas stations are closed, with gas station owners and fuel sales companies expressing their agreement. The issue was highlighted due to the supply problems faced by consumers, especially vulnerable groups who choose economic heating, while a reduction in the price of heating oil is expected in early December.

After the reservations expressed by the government agencies, due to the high risk of tax evasion, from the adulteration of diesel with kerosene, the members of the Commission indicated that the adulteration of fuel is possible, whether it is sold during the opening hours of gas stations, or sold by ATMs. Why’ this highlighted the need for more intensive sample checks, in order to establish whether adulterated fuel is being used.

The representative of the Customs Department stated that the recording of an increase in sales of kerosene is a factor that strengthens their reservations, while the representative of the Consumer Protection Service added that, although the adulteration of fuel is not completely prevented by the ban on the sale of kerosene from automatic tellers, although’ all’ however, its removal still leaves a small window for those attempting fuel adulteration.

On the part of the members of the Commission, a proposal was made for a pilot implementation of the lifting of the ban for the winter months of 2023, which was requested to be examined by the relevant state agencies. The competent authorities are expected to come back by the beginning of December on whether or not they will proceed with the lifting of the ban.

The President of the Committee and Member of Parliament of DISY, Kyriakos Hatzigianni, emphasized during the meeting that the Parliament has enacted "powerful legislation for fuel quality controls" and called on the competent agencies to make use of it, in order to suppress the phenomena of fuel adulteration. He added that fuel mixing can be done at any time. "It is pure hypocrisy to say that kerosene should not be sold through cashiers, so that there is no tax evasion, which in any case is possible to happen," said Mr. Hatzigianni in his statements after the meeting, while he noted that lifting the ban will help meet the needs of vulnerable groups of the population.

He went on to say that, if the experience from the pilot application of the lifting of the ban is problematic, it will be re-examined by what means the possible tax evasion can be suppressed, pointing out that « a priori we cannot say that there will be more tax evasion than what already exists». Responding to a question about the conduct of checks on adulterated fuels, through the existing legal framework, he said that the Commission has introduced strengthening of the quality control criteria of fuels, giving the power to the executive to determine by decree their color specifications, so that in from its own controls, to establish whether they meet the criteria.

"We asked for’ repeated explanations for the implementation of this legislation, but we still have not seen the issuance of a special regulation, which defines the specifications of the colorist, he said and concluded that, at some point, the executive branch should implement the legislation completely.< /p>

The Member of Parliament of AKEL, Kostas Kostas, proposed during the meeting that the pilot implementation of the lifting of the ban be used, in order to examine whether problems arise from it.

The Member of Parliament of DIKO, Chrysis Pantelidis, co-signed the opinion that fuel tampering can be done under any circumstances and called on the competent authorities to turn their attention to the supply of fuel from the occupied territories, that is where the big problem is.

< p>In statements after the meeting, DIPA Member of Parliament, Michalis Giakoumis, whose proposal brought the issue to the Committee, emphasized that the restrictions on the sale of kerosene cause major problems mainly for the elderly, people from vulnerable social groups and a large part of refugee world, as they use older technology heating devices, which run on kerosene.

"The need to liberalize the sale of kerosene through a cash register also arises from the increased electricity prices, but also more generally from the increased fuel prices", noted Mr. Giakoumi and, expressing understanding of the Customs Department's concern about tax evasion issues, he added that the proposal to operate the cashiers of petrol stations for the distribution of kerosene, even as a pilot for the winter months, is a step towards better serving the public.

«Our goal is to support our vulnerable fellow citizens, so so that they can deal with the accuracy in every possible and legal way, but also to cope with the cold winter months”, he said, while in response to a question he noted that if the issue is not resolved, his faction intends to submit a relevant legislative proposal.

In his statements to journalists, Christodoulos Christodoulou, Secretary of the All-Cyprus Association of Liquid Fuel Stationers, said that cash registers should also be opened for kerosene, because there is a problem at weekends and at night, especially for elderly consumers, who are waiting for their children to supply them with fuel, after they have finished their work.

Referring to the concerns of the Customs Department about the possibility of tax evasion due to the adulteration of motor fuel with kerosene, he said that the amount that can be lost is very small because of the small amount of kerosene that can be used in vehicles. Besides, as he said, adulteration of motor fuels can also be done by supplying kerosene during the day, when the gas stations are open. “Anyone can fill a jerry can, go home and empty it into the car tank, without being seen,” he explained. He added, after all, that the use of kerosene as a motor fuel can cause serious mechanical problems.

< p> Answering questions from journalists about fuel sales recently, Mr. Christodoulou said that there was a decrease, as prices are high and people are watching his movements, he said. He added that there is a continuous loss of liters due to the supply of fuel also from the occupied territories, for which the gas station owners have also filed complaints with the EU. and 98 octane, as well as in motor oil”, added Mr. Christodoulou, noting that there are still no reductions in heating oil, which is of most concern to consumers at this time. "Reductions are also expected in heating oil within the next week, with the arrival of new loads", he concluded.

Source: www.sigmalive.com
Share
Facebook
Twitter
Pinterest
WhatsApp
Linkedin
Telegram
Previous article
Unsettled weather continues with rain until Saturday
Next article
Burglars caused thousands of euros worth of damage to a hotel under construction in Latsi. A 35-year-old man got into a fight, he escaped second
- Advertisement -