PASYKI and PASYDY for a 3-hour stop at public health centers: “Respect for employment institutions” 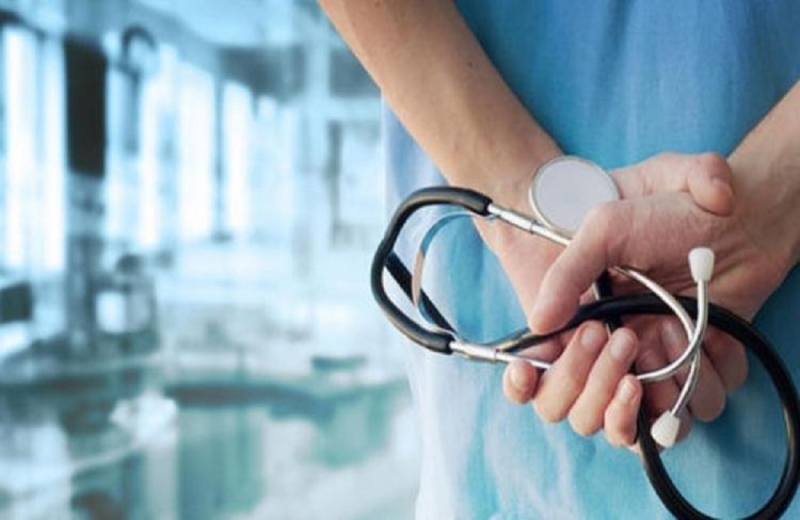 Three-hour work stoppage on Thursday, from 9 in the morning until 12:00 in all Public Health Centers, announced in a joint announcement PASYKI and the Department of Doctors and Clinical Directors PASYDY, for operation of the on-call clinics, expressing apologies for the inconvenience that will be caused to the patients by their planned mobilizations.

In the announcement, PASYKI and PASYDY call on the Executive and the Legislative Power to assist catalytically so that the negative course is reversed and things are led in the right direction and respect is shown to the labor institutions, in order to avoid further escalation. dynamic measures.

The two unions refer to a “practical lack of respect shown by the Health Insurance Organization (OAY) and the State Health Services Organization (OKYPY) to the medical community and in particular to the Personal Physicians (PI) of the State, but also to the institutions. “which represent them” and express strong dissatisfaction.

“Such behaviors affect the quality and safety of health services provided to patients, while the authoritarianism shown has a negative effect on the smooth operation of the GESS”, they report./p>

“We denounce the indifference and the disparaging attitude towards the trade unions representing the Public Physicians of the State and we really wonder about the purpose of the meeting that has been set for consultation on June 15, since everything has been pre-decided”, it is added.

As it turns out, some continue to believe that they can make decisions for doctors without doctors and pursue public health policies in absentia – “imposing arbitrary decisions, violating rights and interests by bypassing employment, interpreting and apply laws and regulations at will and all without being able to substantiate the usefulness of their decisions. “

In this regard, it is stated, we must duty to point out the fact that the decisions taken unilaterally violate the very philosophy of GESS, which provides equal access to health services for all citizens, since according to the plans and plans that have been prepared , on-call hours of minimum hours and days are provided and only in specific urban centers & # 8211; in particular the vigils are set at 8 o'clock on Saturdays and at 4 o'clock in the afternoon for Sundays and public holidays.

“It also seems that the ultimate goal is the closure of the on-duty remote health centers of OKYPY, e.g. Pyrgos, Platron, etc., as long as they are not included in the vigils of the GESS and are not compensated by the OAY. It should be further noted that in any case the specific health centers would be impossible to operate due to the non-staffing by PI, since the PI colleagues who covered these shifts, will now have to be on duty at the Public Hospitals “, it is noted. In addition, PASYKI and PASYDY report, there is a problem with the Pediatricians of the Public Hospitals, who are already on duty for the needs of the clinics. It is noted that they will either be released from the obligation of additional on-call care or there will be no Pediatricians available to cover the on-call time of the Pediatric Clinics.

provides public spaces, equipment and support staff of the public to individuals.

margin from taking dynamic measures “, they report at the end.

Source: politis.com.cy
Share
Facebook
Twitter
Pinterest
WhatsApp
Linkedin
Telegram
Previous article
The management of tires in an extraordinary meeting of the Environment Committee
Next article
Hampos Kyriakou does not shake it from Apollo!
- Advertisement -