“Pedro and Eselink will not change the course of APOEL” 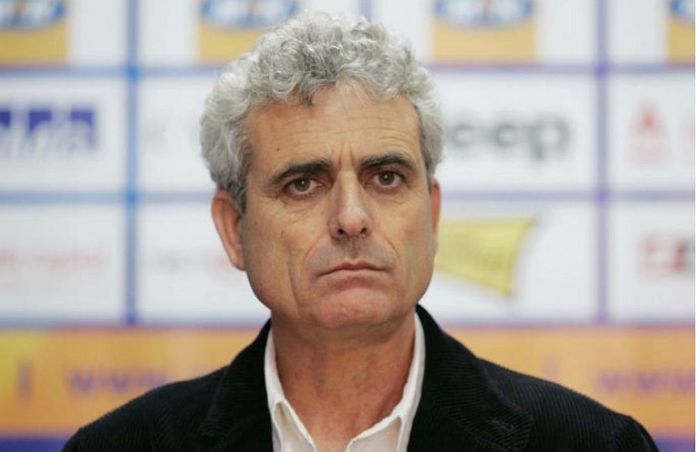 Speaking to SPOR FM, the veteran football player and former member of the board of directors of the blue and yellows, Takis Antoniou, commented on the transfers of APOEL with Essling (which has already been announced) and Joao Pedro (which is expected soon in Cyprus).

Regarding the postponements and the abstention of APOEL from the action: “We have been out of tune lately. In the difficult times we live in, football is a balm. After the great victory that could bring change to the team there is a break and it was not the best. On the other hand, players who had problems had time to get well “.

To the extent that the team can be affected: “Why be affected negatively. The coach and his staff know the timetables to make the most of it. The program can be seen from both the positive and the negative side “.

For the heavy schedule that follows in February: “The people in charge must make sure that the players become well so that they are available and that the coach can rotate. There are many games, but a team like APOEL has at least 20 players on its roster who can play in the starting lineup “.

For the selections in view of the next matches: “The coach will have many choices. They had the time to prepare. The players come from good games and with good psychology. I believe that APOEL can be presented ready. Savic and Vinicius with Omonia were very good. These are crucial positions. Satsias comes from a period that was very good. Endongala is very uplifted and has gained confidence and psychology. De Vincenti is back, it is Souza, Natel ΠΟ APOEL has the margins to present a very good team. We are waiting to start getting from two very important football players, Maglitsa and Okriashvili. APOEL invested a lot in their games. “Maglitsa gave writing points in the last games he played”.

For Eselink and Pedro: “The question for Joao Pedro is not who he is and what he did. It is known that for many years he was the best extreme back in Cyprus. The question is whether it is in a state that can help. I think it will be, we do not want to take all the weight now. In many matches he can be used maybe not in the whole match, but with his experience and ability he can help a lot in the offensive field. It will be a good move. Chebak for me is a good footballer and together with Pedro they will be a good duo. I can not say that I know Eselink well. He has qualifications, he is tall, young, he knows our football, it is an inexpensive investment. “I hope he comes out and shows us the way we need to move to acquire players.”

On whether APOEL can claim the title: “Of course it can, it has the players and now the psychology. He has been building a strong team lately. He brought many draws, but it is up to the players to change his fate because he showed signs of rising “.

For the title fight: “We all believed that Apollon and AEK would claim the championship. Aris does not give up and at the same time Apollon and AEK showed weaknesses. I see that there will be a big battle. If APOEL and Omonia enter the top six then anything can happen “.