Petridis: Cyprus can adapt to the changing conditions 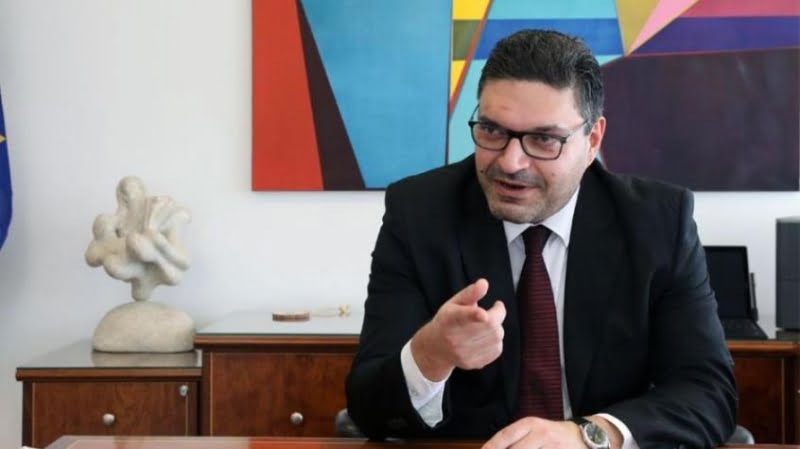 Cyprus has a new development model that can be adapted according to changing conditions, said the Minister of Finance, Konstantinos Petridis.

Mr. Petridis was speaking on Monday night at the event on “Cyprus Vision 2035: The path to Growth”, organized by the Cyprus-American Chamber of Commerce (AmCham Cyprus) ) at Chateau Status, in Nicosia.

Mr. Petridis said that the economy is a very dynamic phenomenon and it is good to have a plan. Everything was taken for granted a few decades ago, he said, but today we are in 2022 and we are already under a second crisis, an economic global crisis. With these data, he said, all strategies and all development models must be readjusted.

“We are entering a new period that no one expected a few years ago, with new features,” he said. One of those features, he continued, is the end of the era of “cheap money,” another is that there is no longer cheap energy, and a third is the end of cheap labor. There is a shortage of human resources, he noted, globally and in critical services directly related to the development of many economies.

The fourth characteristic, noted the Minister of Finance, is the greater importance of fiscal sustainability. I believe, he said, that in the coming years this sustainability will have a very important role and that the combination of the end of the era of cheap money and risky public finances, but also the fact that ongoing crises require fiscal safety reserves that should to expect an extreme reaction from the markets when it comes to fiscal sustainability, and this was shown with the example of the United Kingdom.

We have this new economic period and it is not only about having visions, but having the right economic policy, the strength and rationality to move forward, he noted.

Cyprus, said Mr. Petridis, has a new development model that can be adapted according to changing conditions. “We have proven the resilience of the economy when, during the pandemic, I insisted that the solution is growth,” he said. Nothing was accidental, he emphasized, because there was a plan. “We have a plan, we have the financial capacity and we have fiscal safety reserves,” he said. He added that the economy has diversified and we have investments from the USA, in the fields of energy, tourism, education, health, shipping and this was not accidental.

For his part, Mr. Kokkinos stated that “Vision 2035” is a different strategic plan, which has an implementation roadmap with practical actions. The vision, he said, is a future-proof society with a knowledge-based economy, enabled by digital and emerging technologies that will drive sustainable development, social prosperity and competitiveness.

These, he said, will come through the digitization of the public service, which has already begun, through secure and stable digital infrastructures, through the digital transition of businesses, and through a digitally trained population with highly skilled digital professionals.

In just two years, the foundations have been laid for a holistic change across government, industry and society, he said. The challenges caused by Covid-19 were managed and “we launched the gov.cy portal with over 350 digital services with navigation based on everyday life or business situations,” he said.

The Deputy Minister of Research, Innovation and Digital Policy noted that there is an action plan to strengthen digital capacity with programs for all levels of society, including remote areas and vulnerable groups. At the same time, he added that in the European Innovation Scoreboard for 2022, Cyprus soared, entering the “strong innovators” category.

For his part, Mr. Assiotis, who also coordinated the event, spoke about the  “Vision 2035” of the Economic and Competitiveness Council and stated that once the Council was appointed the first thing they thought should be done was to create a  long-term strategy for Cyprus.

The first time a strategic plan had been made for Cyprus, he said, was after the Turkish invasion in 1974, when the World Bank came to Cyprus and presented a strategic plan. With the support of the government and the Minister of Finance, it was possible not only to complete the strategic plan, but to connect this plan with the Recovery and Resilience Plan.

This strategy, Mr. Assiotis continued, is not the product of the Economic Council or a group of individuals, but for the formulation of the strategy over 200 interviews with stakeholders, over 5 workshops with the involvement and feedback of politicians were held parties, meetings with the executive directors of the largest companies in Cyprus and discussions with all ministries until the goal is achieved.

He noted that it is not a theoretical study, but a study related to practical recommendations. It is, he said, an ambitious, realistic and comprehensive plan that takes into account current challenges and is tied to money. For the first time, he declared, “we are joining this effort with money, with money from the Recovery and Resilience Fund, from the structural funds or linked to the budget”. As he noted, 92 of the 240 actions have already been incorporated into the budget.

Mr. Stasopoulos in his own intervention explained how the banking sector can support the development of the economy, given the challenges that exist. He stated that the banking sector contributes to growth, while lending for 2016 to 2020 reached around 14 billion. He noted that the success and development of the Cypriot economy lies largely in the banking sector. He added that Russia's invasion of Ukraine created inflationary trends in the energy sector, but also in goods and services. He said that inflation has already started showing downward trends recently. For a resilient economy in Cyprus, he noted, we need a long-term strategy.

Source: www.reporter.com.cy
Share
Facebook
Twitter
Pinterest
WhatsApp
Linkedin
Telegram
Previous article
Clarifications of the Ministry of the Interior for elevators in apartment buildings in government settlements
Next article
The Customs Department clarifies about halloumi – “There are no checks on PDO products”
- Advertisement -