Pileidou: Sponsorship plans for entrepreneurship over €330 million in the last two years 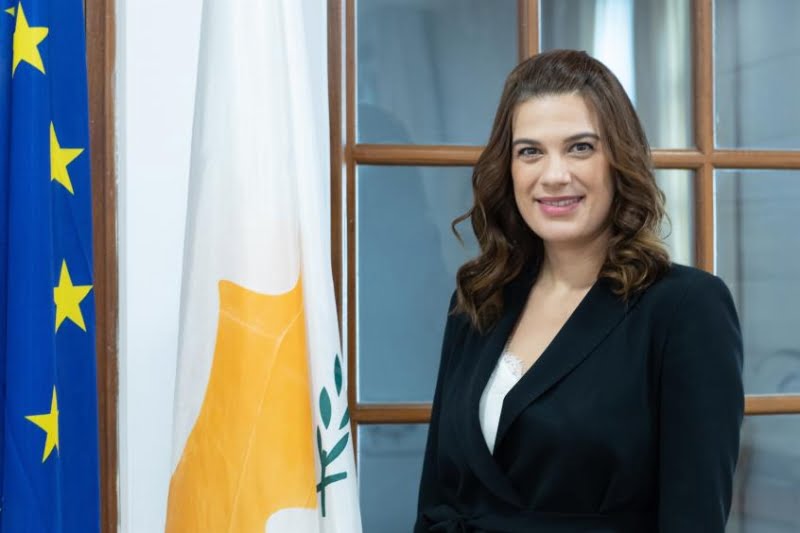 In the last two years, the YEEB has announced, or will announce until the end of 2022, Sponsorship Plans that exceed €330 million, of which €171 million for strengthening entrepreneurship, which were warmly embraced by businesses, said the Minister  Energy, Trade & of Industry Natasha Pilidou at the General Assembly of the Paphos Chamber of Commerce and Industry.

According to Mrs. Pileidou, for 2023 the announcement of Plans of €120 million is planned to support businesses, of which €80 million to promote investments for energy storage in combination with new RES. The other Plans that will be announced in 2023 concern, among others, as he said, the promotion of the extroversion of Cypriot businesses, the provision of consulting services to SMEs, the application of the circular model in the economy, the digital upgrading of businesses and the creation of partnerships .

In the positive image presented by our economy in the midst of this unprecedented international energy crisis, the Minister of Energy added,  other policies adopted by the Government to support the business community also contributed decisively.< /p>

Already, he noted, the new Industrial Policy 2019-2030, which aims to increase its contribution to GDP, increase productivity, innovation and exports, is bearing fruit. Today, he continued, Industry's contribution to GDP with based on statistics, in 2020 it reached 8.1%, while this figure for 2022 is expected to rise to 8.5%.

Another indicator showing an increase is and employment in industry which reached to 9% of the workforce from 8.1% in 2020, he said.

Mrs. Pileidou also called it very encouraging to see synergies being created between researchers and industrialists for the development of innovative products and services of high added value that contribute to the creation of a comparative advantage for Cypriot industries so that their products can confidently compete with similar products and services in international market.

In addition, Ms. Pileidou also referred to  efforts made to upgrade the industrial areas of Pafos District. Our Ministry in collaboration with the Department of Public Works is promoting, he continued, ”  the project of the construction of the Bridge Connecting the Industrial Area of ​​Mesogi with the Industrial Zone of Tremithousa”, noting that the  project is expected to start in 2023 and be completed in 2024, with a total cost of approximately €1.8 million.

Recognize  seriousness of the problem presented in the Industrial Area of ​​Agia Varvara due to the presence of livestock farms, stressing that they will continue to try, in collaboration with the Chamber and the Ministry of Rural Development, with the aim of finding a solution that satisfies all involved. Finally, in the same Industrial Area, last October the YEEB issued a notice for the lease of ten (10) industrial plots, further strengthening the development prospects of the Area, he added.

In addition to the above and in the context of promoting Cyprus as an international center for business activities and providing high-level services in important foreign markets, the YEEB in collaboration with the KEBE, organizes  he mentioned, business missions to specific destinations with the aim of developing economic and business relations and strengthening partnerships.

In particular, he mentioned that in 2022, 8 business missions were carried out, as well as participation, for the first time, with a state stand, in the international exhibition of Technology and Information Technology GITEX. The Cypriot stand presented technologies in areas such as cyber security, educational technology, digital transformation, artificial intelligence, etc.

In his greeting, the president of the Paphos Chamber of Commerce and Industry Giorgos Mais said, among other things, that the  Figures from the Statistics Office for 2021 are very encouraging for tourism, after continuing for the period January – December 2021, the figures showed that tourist arrivals reached 1,937,000 compared to 631,600 in the corresponding period of 2020, an increase of 206, 7%. He also said that in 2021 Paphos hosted approximately 39% of tourists with the total number reaching 755,400.

Regarding the construction industry sector,  noted that applications for building permits and subdivision permits increased by 15% and reached the corresponding levels of 2018, while at the same time real estate sales increased by 30% and reached pre-pandemic levels.  He added that  Paphos was the province with the most sales to foreigners at 31%.

Although there was a decrease in demand in the real estate market from Chinese and Russian nationals, this was being replaced, he said. , from the increase in demand from nationals of countries such as the European Union, Israel, Lebanon, Asian and Arab Countries.

The Chamber, he said, seeks to inform the business world about the digital transition and how it can affect today's businesses. Mr. Mais noted that Paphos EBV undertakes actions and actions that upgrade the prestige and image of Paphos, as a reliable investment destination, with the aim of attracting foreign investments.

He also said that in order to strengthen the affected sectors and businesses, the EBE Paphos submitted a set of recommendations, which it has forwarded through the KEBE to the relevant Ministries and the President of the Republic so that they are taken seriously into consideration during the formulation of the final action plan.

Paphos, he said, has approximately 30,000 beds (33% of all beds in Cyprus) of which more than 60% are 4 and 5 star hotel units. It attracts every year about 39% of the total tourist arrivals with the main markets being the United Kingdom, Russia, Germany, Greece, Israel and with a very good perspective regarding the Scandinavian countries and emerging markets such as Poland, Austria, Baltic countries, as well as countries of the Middle East etc.

He expressed the support of EBE Paphos in continuing to provide incentives to travel organizers and airlines so that Paphos and Cyprus remain at the top of the attractive quality tourist destinations.

For his part, the Director of EBE Paphos Marinos Stylianou noted that the  annual general assembly of the Chamber is an institution and is the most important economic event for the district of Paphos. As he mentioned, it is taking place in the shadow of both the pandemic, despite the fact that conditions have improved, and the war of Russia against Ukraine, the consequences of which, in addition to the loss of innocent human lives, have caused an energy crisis and financial difficulties in households and businesses with inflation galloping and an uncertain economic climate consolidating.

In his greeting, the President of the KEBE Mr. Christodoulos Agastiniotis said that the KEBE is undertaking many initiatives to help both the economy , as well as their member companies. But, he said, because the causes of the crisis are external, we do not have many and effective weapons in our quiver to correct the bad texts.

In addition, he referred to the clear position of the KEBE that they are not going to accept changes to the agreement which was recently done on the minimum wage. The unions' demand for changes before the ink is dry on the agreement is out of place and out of time, he concluded.

Source: www.reporter.com.cy
Share
Facebook
Twitter
Pinterest
WhatsApp
Linkedin
Telegram
Previous article
Findings and recommendations of the Audit Service to the University of Cyprus
Next article
Clarifications of the Ministry of Transport for elevators in apartment buildings in government settlements
- Advertisement -