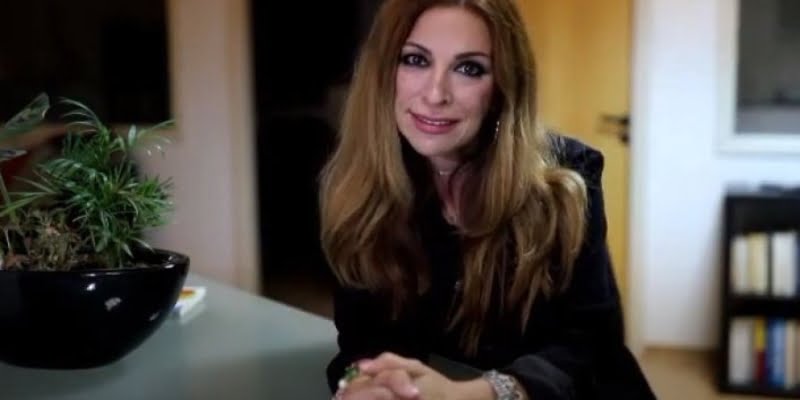 The children of Nikos Samson, Sotiris and Mina, issued a statement regarding the debate surrounding Georgios Grivas Digenis.

Specifically, they say: «We the children of Nikos Sampson,

•Combatant of EOKA, twice sentenced to death by the English Dynasty, after first suffering horrible torture,

•Liberator of Omorfita in 1963 and savior of thousands of Greek Cypriots who would be slaughtered by the Turkish rebels and the TMT ,

•Shareholder in EOKA B’ and in the preparation of the Coup, but assuming the responsibility to save the country from civil strife and to stop the Turkish expansionism which manifested itself with the Turkish invasion, which had been prepared for years and which was legally supported by the Zurich Agreement – of London and Makarios' speech at the United Nations on July 19, 1974,

• Succeeded together with the Greek Cypriot warriors of 1974 to completely prevent the invasion while he himself was President, neutralizing the Turkish enclaves, preventing the creation of a bridgehead and the occupation of the territory of the Republic of Cyprus, except for a very small territory in the landing area, forcing Rauf Denktas to ask for a helicopter to leave Cyprus, the Turkish General in charge of the landing to admit that the invasion failed and Turkish Prime Minister Ecevit to use this data to ask the Secretary of State of the United States Henry Kissinger to immediately arrange for a cessation of the fire, as recorded in the minutes of the telephone conversation of the two men of the White House which have recently seen the light of the public,

•Unjustly, in view of the above, punished by the State,< /p>

DUTY but also RIGHTFULLY, since for 48 years we have suffered as much as anyone, as individuals but also as a family, from the unfair treatment our father received from the Cypriot state and the establishment, with harassment and lies and BECAUSE this situation must finally stop,

We MUST state the following regarding the Resolution submitted to the Parliament by AKEL regarding … unworthy of any honor etc…» regarding General Georgios Grivas Digenis, and was approved by the vote of the parties AKEL, DIKO, EDEK, DIPA and the MP of the Environmentalists, as well as for the lies that the establishment has been serving to the Cypriot people for 48 years regarding the Coup and its destruction 1974:

(1) The Greeks of Cyprus owe the Memory of General Georgios Grivas Digenis the highest Respect and Honor as the Chief of the EOKA ‘55-’59.

(3) No one has the right to deviate from this due Honor and Respect and WE ALLOW NO ONE to do so. The contribution of General Georgios Grivas Digenis and our Fighters to the Motherland, both to the Motherland and to our particular Homeland, is for the Greek Nation a bright beacon that guides and must guide every Greek Cypriot and every Greek to serving the pure ideals and eternal desires of the race.

(4) In order to judge General Grivas and Nikos Sampson for 1974 and HONESTLY and not for the sake of petty political and petty party expediencies, to attribute any responsibilities that exist, a deep knowledge and interpretation of ALL the data is needed, which intentionally and to serve other purposes and targets were not listed but were omitted from the fabricated Finding on the "Cyprus File" of the Cyprus Parliament and which are buried in the "Cyprus File 1974" of the Hellenic Parliament.

(5) Any reports about the alleged involvement of General Grivas in the Coup d'état of July 15, 1974, are immoral, malicious and deliberately inappropriate since no personal responsibility can be attributed to him, since he himself he had died six months earlier.

(6) Equally malicious and baseless is the attempt by certain circles to spread the message with lies that Nikos Samson was involved in the preparation of the Coup. It is time to stop this fairy tale. It is time for the Cypriot people to know the truth, about who organized the Coup, who agreed to it in Paris and with it agreed to the invasion, who brought the Turks to Cyprus and who are responsible for the destruction and tragedy of 1974. And they are definitely NOT General Grivas or Nikos Sampson.

(7) We call things by their name and documented with documents and testimonies we are ready to prove the truth of what we say. Are the state and the parties ready to allow it? Is the Judiciary ready to allow the Sampson case to be reopened in court so that the truth can be heard? WE DEMAND IT.

(8) The tactics of specific parties to serve their own ill-conceived interests, with lies to divide our People, is not only UNALLOWABLE and UNFORGIVABLE, it is mainly DANGEROUS because it weakens the Motherland and the People, making them more vulnerable to hostile schemes and expansionism of Turkey.

(9) General Georgios Grivas Digenis and the Fighters of every Cypriot epic were, are and will remain above politics, parties and expediencies and it is the duty of ALL of us to preserve their memory and contribution to the Homeland.

For this reason, WE CALL on the Cypriot People as a whole to react strongly to the attempt to tarnish the memory of General Grivas and to any attempt to falsify history, preempting the truth in any legal way and means.

No one has the right to remain uninvolved.

THE TIMES ENFORCE IT».

LIVE: The last budget of the Anastasiades Government was passed

The EDEK offices were vandalized – "We continue", the message of Sizopoulos (vids)

Source: www.sigmalive.com
Share
Facebook
Twitter
Pinterest
WhatsApp
Linkedin
Telegram
Previous article
The traces of two minors were lost in Nicosia – Have you seen them? (pictures)
Next article
He was stopped by the Police and introduced himself as his twin brother
- Advertisement -