POED: There is no room for complacency since there are pending issues 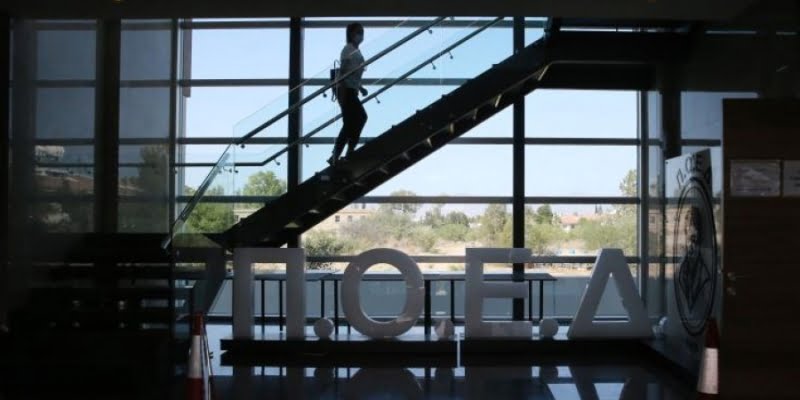 As POED, just a few days before the end of another calendar year, "we are recording the successful conclusion of some issues, but at the same time there is no room for complacency since a number of issues are pending and need management by the Organization", the President told KYPE of the Organization, Myria Vassiliou.

Ms. Vassiliou, who was responding to a question from the KYPE on the subject, noted that obviously the pending matters in question should be managed by the next administration as well.

She said, at the same time, that a great success for the FOED, as well as for all Trade Unions, is the positive outcome regarding the restoration of the pension rights of those teachers who were made permanent after November 2011.

"Over the decade, hundreds of colleagues did not have a retirement home, until December 2022, when the corresponding legislation was passed, with recognition of their service from the first day they joined the State. At the same time, all teachers benefit from the removal of the one-off tax, without further burdening their contributions, he said. of Public and wider Public Sector Organizations”, he added.

When asked what pending issues remain, Ms. Vassiliou said that a pending issue that is high on her agenda for the POED is the matter of Organizational Positions in Primary, Pre-primary and Special Education.

As she mentioned, here and two years, and while the Ministry of Education, Sports and Youth recognizes the multiple problems, both work and educational, that arise due to the increased number of contract teachers, unfortunately it did not proceed to resolve the issue in question.

"The Organization's request is also to increase the Administrative Positions in Pre-Primary Education, since for years a large number of Kindergartens have not been adequately staffed with managerial staff (Principals and Vice-Principals)», he added.

He noted, in addition, that in the next few days a meeting has been scheduled with the Ministry of Education, Sports and Youth, in which a relevant proposal will be submitted from the official side, regarding Organizational Positions at all levels of education.

"As an organization we will study it and we hope it will be in the right direction, so that a time-consuming issue can be resolved," he added. education.

As he said, the reaction of the FOED was and will be particularly strong in the event that the commitment of the Ministry of Education, Sports and Youth, to proceed with those plans in order to free education from the unacceptable status of the services market.

"Especially for the schools that belong to the DRASE+ program, the discussion and presentation of an integrated plan by the Ministry of Education is pending. We hope that the next school year will begin with full staffing of these schools with permanent staff, who will support and teach Greek as a second language to children with an immigrant background,” he added.

At the same time, said Ms. Vassiliou, the redesign of the existing educational policy is required, including through the creation of transitional classes for children with an immigrant background, with the aim of more effective learning of Greek as a second language.

« The fact that the DRASE+ schools were adequately staffed just a few days before the Christmas holidays is something that requires the Ministry of Education, Sports and Youth to immediately proceed with a dialogue with POED, with the aim of improving the policy in question, he noted.< /p>

Regarding Pre-Primary Education and its downward extension from the age of four, Ms. Vassiliou said that the position of POED is clear: the expansion should be done through the structures of the Public School, which presupposes the creation of new departments and the conversion of Community Kindergartens into Public ones.

Although the final Bill that has been passed, continued the President of POED, is improved in relation to the initial proposal of the Law of the Ministry of Education, Sports and Youth, significantly limiting the possibility of privatization of Public Education, however, it does not fully identify with the position of POED .

«Furthermore, due to the revocation of the said Law, the Organization is on hold and monitoring the developments», he added.

He stressed that for POED it remains of the utmost importance and priority is to ensure the correct implementation of the downward expansion of Pre-Primary Education, through proper planning and through the support of the Public School.

"For this reason, in the next period and depending on developments, POED will examine in its collective bodies the new data, as well as the strategy it will follow, with the aim of promoting its positions", he added.

The President of the FOED also mentioned that, among others, the matter of creating a New Evaluation System for Education and the Educational Project remains pending.

As he said, POED has initially submitted its positions, "but in no case do we consider that the dialogue on such a serious matter has been completed".

"There are several issues that need discussion between POED and MINISTER. It is worth mentioning the new role that the management team will have to play in relation to a New Assessment Plan. This is accompanied by increased administrative duties, something that has not yet been discussed with the Ministry of the Interior, so that provision can be made for a corresponding increase in administrative time, both for Directors and Assistant Directors, he noted.

The President of POED restated their commitment as POED, to continue for another year, to fight and claim effectively for the teachers and the Public School, as the Organization has been doing in its 70 years of action and struggles.

Finally, he wished each teacher individually, but also the whole world, a Happy New Year, with the wish for a world without violence, full of Love and Peace.