Police exercise of the Cyprus Police and British Bases in Paralimni 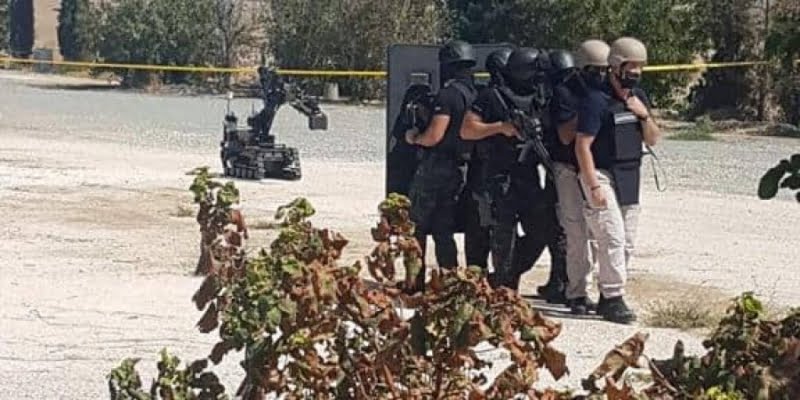 In Paralimni, a week-long exercise was completed in which teams from the Police of the Republic of Cyprus and the British Bases participated.

In a statement from the British Bases (BB) it is stated that "last month, the specialized team of negotiators of the British Police completed a joint training exercise together with the Special Forces team of the Police of the Republic of Cyprus which lasted for a week".

It added that "the training culminated in a large-scale exercise in Paralimni and used a range of specialist teams to deal with a simulated bank robbery, an attack on a university block of flats and a hostage situation".

British Bases Police Chief Constable Chris Eyre said his team's involvement was beneficial for a number of reasons and explained that 'as a police force, we feel privileged to work with the Republic of Cyprus Police to train our members in some of the most complex areas of policing. This type of exercise, alongside the Republic Police, ensures that our skills are up-to-date, but also prepares us to better cooperate in the event of any real hostage situation.

Senior Constable Maria Atalioti, who was head of the negotiating team, said that "the exercise was extremely valuable for both forces. We currently have a team of three qualified negotiators and the Republic of Cyprus has a team of 37 negotiators.

He added that "over the last four years we have built a very close partnership with the Hostage Negotiators Team and our goal is to to strengthen our hostage negotiation capabilities in an effort to make Cyprus safer for all».

Source: www.sigmalive.com
Share
Facebook
Twitter
Pinterest
WhatsApp
Linkedin
Telegram
Previous article
The condition of the Archbishop remains critical – Communicating with the environment
Next article
Bell and recommendations for mushroom collection from the Department of Forestry. What to look out for and what to avoid
- Advertisement -