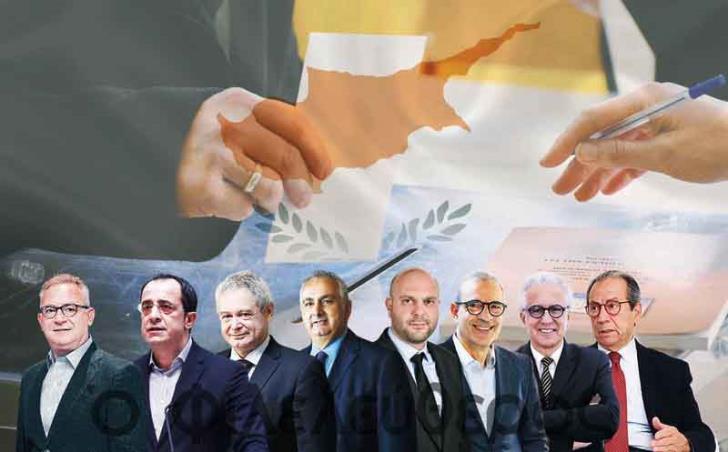 Exact date for holding a new meeting in which all staffs will participate without exception has not been determined. A thought has been made for Wednesday 6th July, without this being final. It will depend on the mail that comes before it.

According to our information, there was an agreement between the staffs so that each side would send its proposals for the structure and the way of implementation of the debates. After each has studied the other's proposals, proceed to a meeting and continue the dialogue keeping in mind what each side says. In this way “we will also be productive” we were told by a staff member participating in the discussions.

Panagiotou: What will determine the final vote of the Cypriots A. Neofytou in “F”: Full attack with declarations for accuracy

One of the issues that will be on the discussion table between the staffs is the number of debates that will take place until the end of the year. Considering that the curtain for debate is opening all too quickly. Since pre-election debates were established in Cyprus, they were held towards the end of the pre-election period, and in the presidential elections a second debate between the two gladiators of the second round.

In this case, everyone realizes that we should be talking about more debates until the February 2023 elections. And the number will largely depend on the final form that the phone battles between the candidates will take. Going back to the past in the debate, in front of the candidates or party leaders sat representatives of the pan-Cypriot channels and in this particular period all television stations broadcast the same thing.

However, it seems that at this stage there is consensus to hold a debate in the traditional way. That is, participation of all candidates and all major channels. From the discussions so far at the level of staffs and channels, it appears that only the state-run RIK is ready and willing to host a debate. On the other channels there is concern and their position has not yet been clarified.

That is why it is not excluded that if the first debate goes ahead with RIK, then each television station will ask the staffs for the candidates to participate in their own debate. And if each channel organizes a debate then the whole process will turn into a serial, since there is a possibility that not only the five channels based in Nicosia but also the two based in Limassol will ask.

In addition to the practical issues, the reservation of staffs is maintained as to whether it is a trial at this time.

With absences the first meeting of the staffs

As is well known, the first meeting on the subject of the debates took place last Wednesday in which five candidate staffs participated. In particular, a representative of the staffs of Averof Neophytos, Andreas Mavrogiannis, Achilleas Dimitriadis and Marios Iliadis participated. The staff of Nikos Christodoulidis was absent from that first meeting, who claimed that he had not been informed of anything that was denied by the side of Giorgos Kolokasides.