Possibility of civil measures according to G. Giannakis – “We should ask ourselves how the state will ensure its receipt…” 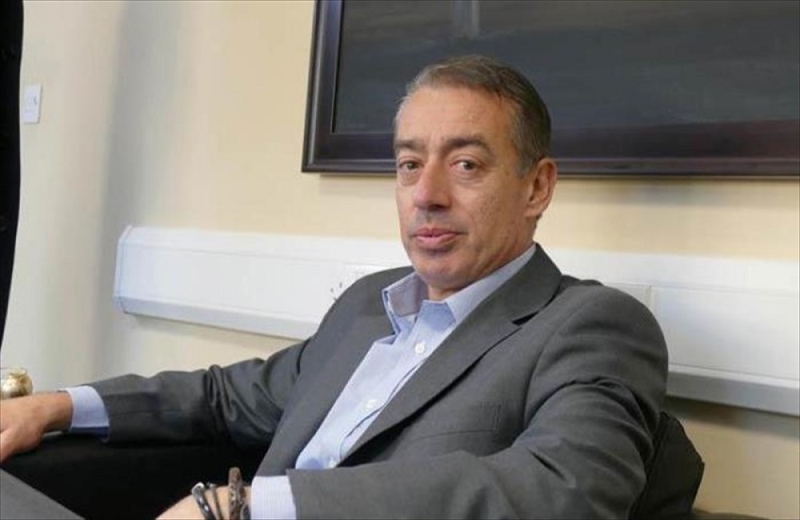 Eleven months have passed since the case under investigation of the forgery of the academic qualifications of the former Volunteer Commissioner Giannis Giannakis, however, the issue of accountability and general administration of justice is not developing at a satisfactory pace…

This emerges from two points:

We remind you that in May 2021, it was revealed that Mr. Giannakis, for the purposes of his recruitment to the Cyprus Youth Organization, where he worked before taking the position of commissioner, had submitted academic titles that raised questions about their authenticity. He had used a fake high school diploma, but also an unconvincing copy of a degree from an American University.

Police spokesman Christos Andreou, in his statements yesterday in the Third Program of RIK, stated that the case file will be forwarded to the Legal Service in early May. He confirmed that he was charged in writing by the Police the day before yesterday and that he is facing 18 charges related to forgery offenses. Mr. Andreou added that the response from the American authorities is still pending in relation to the issue of the degree that Mr. Giannakis had presented to the Cyprus Youth Organization. He stated, of course, that this issue with the degree has been covered in part by relevant testimony obtained.

According to legal circles, the Legal Service, which is the legal advisor of the state, could initiate a civil lawsuit against Mr. Giannakis from the beginning and without the need for a full clarification of the case. In this way, he could secure an interim decree (note on freezing of movable and immovable property), so that the Republic of Cyprus can ensure the recovery of the money that Mr. Giannakis may have received illegally and with false representations.

What the lawyer Theofanis Andreou told “P” is typical: “In a favored democracy that wants and must follow the principles of the rule of law and satisfy the sense of justice of the citizens, it is inconceivable that the state itself has everything. the media, not to take the expected legal and judicial measures, against a citizen who with false representations deceived the State to contract with him, even paying him salaries of thousands of euros. In civil litigation, after all, he would not even have to prove the fraud, but it would be enough to prove that he made false representations of a substantial event, such as the degrees and degrees on which he took his position. ”

Mr. Theofanis Andreou concluded: “We should ask how the state will secure its receipt if someone cheats the state itself and manages to alienate its property before the completion of the cases, which as we know it takes several years. “

Mr. Giannakis, who since 2013 was appointed Commissioner of Volunteerism by secondment from ONEK, was hired by the organization on the basis of forged or invalid academic certificates, according to the research of the Auditor General Odysseas Michailidis.

We remind you that after examining an anonymous complaint by the Auditor General, it was found that the high school diploma that Mr. Giannakis had submitted to the Cyprus Youth Organization was forged. The grades he received in various courses were falsified, even though they were spelled correctly. It is indicative that the number of the grade in “Modern Greek” from “13” was altered and became “19”, at the moment when next to it was written in full “thirteen”.

In addition, doubts arose about the authenticity of the degree of Civil Engineering from an American University, which Mr. Giannakis had submitted to ONEK for recruitment (he was initially hired in 1996, was made permanent in 2007 and in early 2008 was appointed to the position of Youth Officer). Mr. Giannakis, when asked by the Auditor General Odysseas Michailidis, in the presence of the Director of Audit Akis Kika (telephone communication & # 8211; open hearing) on ​​the subject of his degree, stated that the university where he attended was “open”. When asked for clarification by Michailidis and Kika, he said that the student did not have a defined obligation to attend courses and that one could say that the degree he held was not normal.

Giannakis, who was a functionary in the Youth Organization, took the position of Commissioner for Volunteering in 2013. The position was created by the Anastasiadis government in the same year.

For a five-year period, from 2013 to 2018, performed the duties of commissioner, having unpaid leave from the Youth Organization. The Audit Office, examining the status under which he held the position of commissioner, concluded that the process of appointing him to the position of Volunteer Commissioner with the granting of unpaid leave by the Youth Organization was not legal. Thus, in order to legalize the appointment of Mr. Giannakis as Commissioner of Volunteering, it was decided to second him, thus maintaining his position in the Youth Organization. Based on the posting process, Mr. Giannakis maintained his salary in the class. A8, but it was arranged to have a commissioner's salary (A14 – € 4,756 gross per month). 25/05/2021.