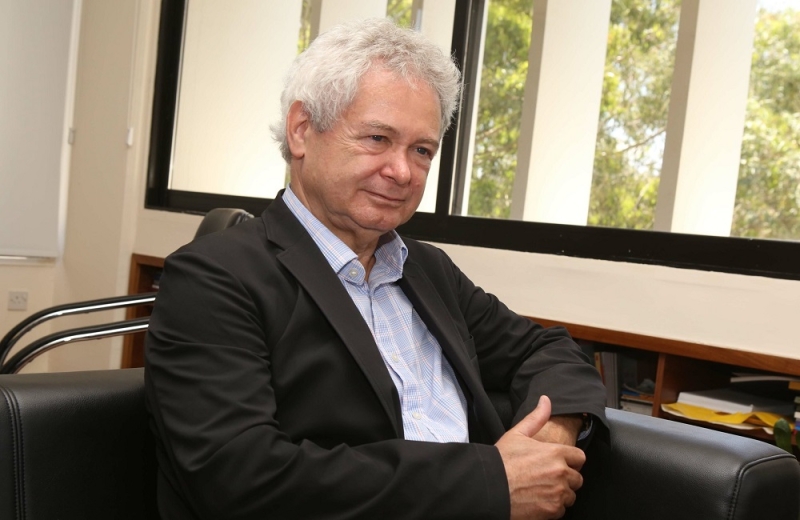 In the last few days, the independent candidate for the presidency, Andreas Mavrogiannis, was in front of a large party audience. For the career diplomat and negotiator for many years, it was obviously not the most common experience. He certainly did not have a hostile or at least unfriendly audience towards him. A. Mavrogiannis, of course, experienced, due to his position in the past, many participations as a speaker, but obviously with a different perspective and other dynamics. However, the gatherings with a party audience, as well as the contacts he will have with organized groups from the whole spectrum of the society, are the first communication actions, so that he listens to the concerns, the concerns and what concerns the society. It is a rational and necessary tactic, which has to do with the essence of the issues that should be recorded in his election campaign, but it is also a dynamic communication plan because the candidate, as well as those to whom he addresses, need of the interaction in the positions, but also in the contact with the candidate.

The candidate, who is supported by the Left, feels that in the near future he will have to show the necessary dynamics, both in the positions he will record and and in the culture of communicating with his audience.

Andreas Mavrogiannis clarified from the beginning that he will be on the list of candidates only if a large party supports him in an unquestionable way. He went through all the processes of AKEL in a sweeping way, something that leaves the political feeling to the candidate for the presidency that the party will dynamically strengthen its effort in the election campaign. Next week, probably on Tuesday, he is expected to officially announce his independent candidacy. It is a formal process, since the pre-election for him is already running, but he should appear consistent with his plans, despite the objective difficulties that have arisen from the loss of Zeta Aimilianidou and the climate change in the whole of Cypriot society in the previous days. Besides, through the realistic evaluation of the data, both of Mavrogiannis's main opponents had entered the pre-election period, months before the announcement of their candidacy.

The candidate for the presidency, but also in the party that supports him, knows very well that the coming weeks will be particularly crucial for the future of the effort that is being made. AKEL is starting to form the organizational framework of action which will be the support of the candidate. The party operates with its own mechanisms and adjusts its action according to developments. The organizational framework is processed at the same time. The staff of the candidate in relation to the organizational part will be taken over by an AKEL team. In the field of communication, the candidate and the team that will support him in all communication aspects in the media and MKD will have a dominant and first say. A group which, as “P” understands, will consist of people from different political backgrounds, something that in fact reflects the attitude and culture of Andreas Mavrogiannis.

Respect and autonomy of movements

It should be noted that there is a full understanding of how the axis of action will be presented, both by the candidate and by AKEL. They will move in a complementary way, but without losing their autonomy while maintaining the connecting link of a very demanding election campaign. In AKEL, a few days after his electoral conference, they send the message that the prospects of a solid pre-election campaign with the slogan of change are gradually being created, and through his organizational search they appear optimistic about the big counterattack, first within the party and then to the wider strata of society.

It is clear that the whole previous period of AKEL's actions and mobility, in relation to the efforts of the party leadership to develop a dialogue with DIKO and other forces, brought about a setback, mainly in the directions that could have an option that would passed unaffected by the party processes. However, the party believes that the conditions for a complete adjustment are gradually being created with a positive sign, a small waste of time is being gained, but mainly the damage done to the communication sector in the past period is gradually reduced. In other words, they believe in the party that as the intra-party process was completed in a coordinated and dynamic manner, so the effort will continue, both in the left-wing audience and in the forces beyond the party space.

Andreas Mavrogiannis, who realizes that he is facing an unprecedented challenge, will hold a political speech and on this motive will seek to develop his campaign. His pre-election manifesto will reflect the characteristics of an independent candidate with positions and views that will be developed on the basis of a compromise with AKEL, but without discoloring or deconstructing his image and positions as an independent candidate. They will reflect, but they will also respond to the demands of the modern Cypriot reality, both in the Cypriot and in the dialectical relation of this existential issue with the economy and the big social issues.