Presidential Elections ’23: Katia Savva, Marina Economidou and Maria Frangou analyze the political scene and give the stigma of the next day (audio) 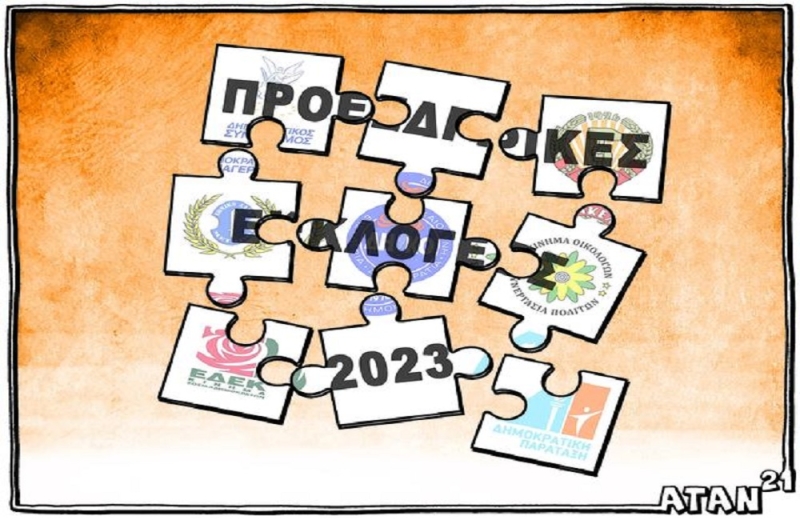 The landscape remains cloudy in the run-up to the 2023 Presidential Elections, even after the decision of the AKEL Politburo to nominate, by a majority, the former negotiator of the Greek Cypriot side Andreas Mavrogiannis as his candidate, a proposal that will be put to the Commission tomorrow Saturday. This emerges from what the journalists Marina Economidou (director of Everyday Cyprus), Katia Savva (editor-in-chief and presenter of the noon show of ALPHA TV “Alpha Information”, and Maria Papalazarou Frangitas of Polis's website (politician) reported to Politis 107.6 and 97.6. com.cy). And it remains vague, because the announcement of the PG speaks of two remarkable options & # 8211; that is, the name of Achilleas Dimitriadis is preserved in view of the discussion and decision-making by the Central Committee & # 8211; It is excluded that another, third proposal, for a party candidacy will be put up for discussion.

From there, in her original position Ms. Economidou commented that the reading of the proposal for Andrea Mavrogianni is that “AKEL takes a risk as to whether it will be able to be in the second round, given the candidacy of Achilleas Dimitriadis, which draws more progressive votes”, adding that “from the side The leadership of DIKO rejected Andreas Mavrogiannis but it can be a choice since it was close to Tassos Papadopoulos “. He noted, however, that for AKEL “Achilles Dimitriadis would be a safe choice, because at least in the Cyprus issue he will not make his party's election campaign difficult”. Regarding the Democratic Alarm, the director of “K” pointed out that she is in a difficult position, given the strong current that supports the former Foreign Minister Nikos Christodoulidis. “Half of the Democratic Alarm supports Averof Neophytou and this causes him concern,” said Ms. Economidou, emphasizing that based on her information, there is intense concern within Pindar.

For her part, Ms. Savva He stated, among other things, for AKEL that “what happened is that both the pros and the cons were put forward. “Andreas Mavrogiannis is ready to be supported by a party, in contrast to Mr. Dimitriadis who will run as a candidate either with or without party support.” However, in essence, the AKEL General Assembly is trying to present the positives of Mr. Mavrogiannis to the Central Committee. Asked about this, Ms. Savva noted that AKEL's problem is that it has obviously excluded its own children and the party secretary general, even the “baptisms”, and this can trap the party, as the Democratic Alarm has suffered, as it goes with these two names, but in case of support of Mr. Mavrogiannis, they will have to come into public confrontation later with Mr. Dimitriadis. “All parties must end,” Ms. Savva pointed out.

“The memory of Agios Neophytos”

“The decision of the General Assembly is like the memory of Agios Neophytos. What we officially know is the mention of the two remarkable candidacies: Andrea Mavrogianni and Achilleas Dimitriadis. But we know that in P.G. Mr. Mavrogianis won the majority. The secretary general of AKEL will have to argue, based on the decision of the General Assembly in favor of the candidacy he won, that is, of Mr. Mavrogiannis. On the other hand, the name of Achilleas Dimitriadis is on the table, as well as any other name “, said Ms. Frangou in her statement. He explained, however, that the fact that P.G. he goes to the Central Committee with two names, it gives him a freedom, because in case the surprise happens and the Central Committee chooses Mr. Dimitriadis, then it will be said “we put both names democratically”. Asked if the decision of the Polar Bureau could be overturned, Ms. Frangou said that this rarely happens.

Listen to the position of journalists Katia Savva and Marina Economidou, in the “Morning Review” broadcast by Citizen 107.6 & amp; 97.6:

Listen to the position of the journalist Maria Frangou, in the “Morning Inspection” broadcast by Politis 107.6 & amp; 97.6: