PtD impeachment for employment of officials after retirement rejected 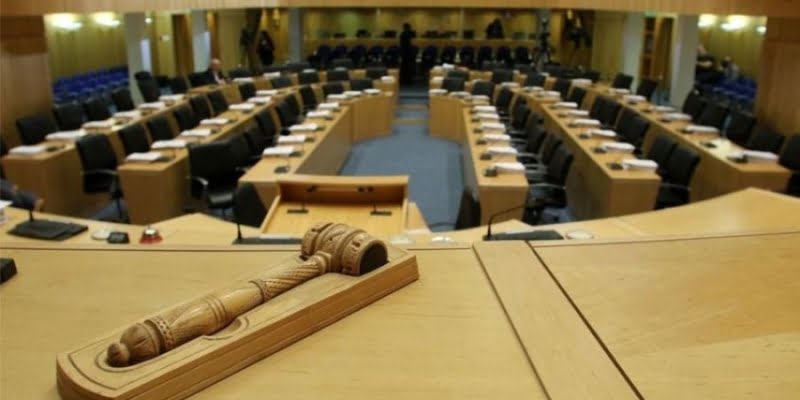 The Plenary Session of the Parliament unanimously rejected in the afternoon the reference of the President of the Republic to the law he had passed on November 3 to control the officials who are employed after retirement and included judges, the Attorney General, and the Assistant Attorney General. The impeachment was made by letter to the Speaker of the Parliament on November 17.

The Act concerned the control of employment in the private sector by former government officials and judges and certain former civil and public sector employees. The law passed unanimously by the House increased the number of audited government employees who would be required to secure a license before taking up work in the private sector, after leaving the position they held in the public sector or in the wider public sector. The law was thought to act as a deterrent in cases of entanglement and dispute.

Former government officials include the Attorney General and Assistant Attorney General, as well as judges. The PtD considers, with the impeachment, that the change in their terms of employment cannot but be considered unconstitutional.

DISY Member of Parliament Dimitris Dimitriou said that his party does not accept the impeachment and the reading made by the PtD for unconstitutionality and impingement on an article of the constitution for separation of powers.

He said that the Parliament with the law it voted it did not change the terms of employment but pointed out the obligation of the specific officials, as all civil servants of scale A13 and above have. He emphasized that transparency and accountability are supreme values.

Andreas Pasiourtidis, AKEL MP said that if the PtD listened to the arguments of the Parliament, he would be convinced and that it is not possible for some to claim the privileges of the position even after their retirement and carry them. He also said that "we made a rubber band of the separation of powers and we pull it as we see fit".

AKEL's Aristos Damianou said that if the PtD does not sign the law and a reference is made to the Supreme Court, it will create conditions of a blatant conflict of interest. and called him "not to fall into institutional confusion".

From DIKO, Chrysis Pantelidis said that the issue also has a political dimension and will end if the PtD accepts the decision of the Parliament and signs the law. those of us who hold office must be particularly sensitive to issues of transparency, accountability, equality and equality.

The invocation of the Constitution, he said, is secondary to the fact that everyone is equal before the law and justice and added that when the President hands over the presidency "with tatsa" he should not refer this legislation.

Marinos Mousioutas, a member of parliament of the Democratic Party, said that this law includes issues that apply to all government officials and if it goes to the Supreme Court, the judges themselves will decide for themselves.

Independent MP Andreas Themistokleous said that this legislation has nothing to do with the constitutional rights of those affected and that the issue is purely moral.