Red: Resistance to change “the biggest problem” for transformation 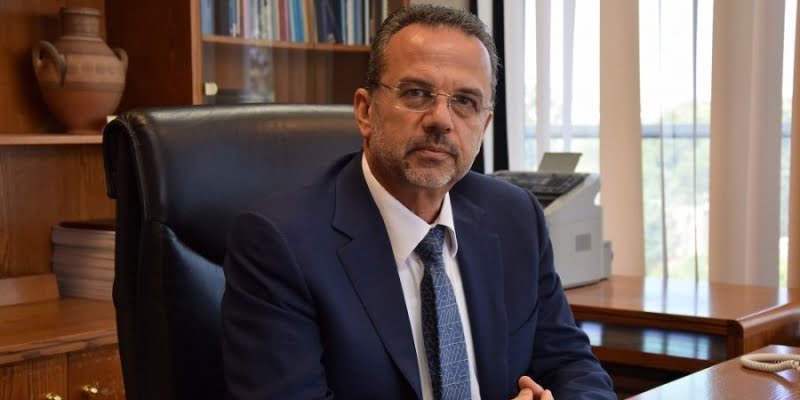 The biggest problem faced in the effort for digital transformation is the resistance to change both internally and from society, said on Monday the Deputy Minister of Research, Innovation and Digital Policy, Kyriakos Kokkinos, during the debate in the Parliament on the budget of the Deputy Ministry of 2023. He also said that the youth of Cyprus are not choosing the professions of technology, and an action plan is needed.

During the discussion at the Parliamentary Finance and Budget Committee, in the presentation of the work of the Deputy Ministry, it was mentioned that within two years, among other things, they implemented a fully digital pandemic management system, created and developed gov.cy as the one and only point of contact with the public, increased digital services, and upgraded telecommunications.

According to the data submitted by Mr. Kokkinos to the Parliament, within two years Cyprus has risen four places in the Digital Economy and Society Index (DESI), which evaluates the progress of the member states of the European Union (EU) in terms of their transition to the digital age, and will now be used as a tool to monitor the progress of countries in the implementation of the policy program "Moving towards the Digital Decade 2030". Cyprus is ranked 20th among the 27 EU member states, "noting a rapid rate of progress, while previously it was in the last places of the ranking, a fact recognized and applauded by the European Commission, while indicating convergence with the EU average", refer to the relevant information note.

In his statements after the session, Mr. Kokkinos stated that he presented the budget of his Deputy Ministry, which, as he said, is developmental for 2023, but it was also an opportunity to exchange views and share with the MPs the work carried out by the Deputy Ministry and its schedule for the coming years. "It is with particular satisfaction that from all parties, all MPs were particularly satisfied with the work being done at the Deputy Ministry", said Mr. Kokkinos.

He added that this success is not his alone. of his Deputy Ministry, but "it is the collective effort of the State, the Parliament, all the Ministries and the citizens to create a modern State, digitally mature that will give competitiveness to the economy and social well-being".

In response to a question, he said that today in general there is a lack of human resources in the field of professions that deal with technology.

"This is a structural problem of Cypriot society, that is, young people today are not encouraged either by educators, our education system, parents, to follow these professions", he said. He added that on average, the average IT graduates in the EU is about 4%, while in Cyprus it is at 2.7%, adding that in advanced geographies it is at 6%-7%.

Mr. Kokkinos said that this is something that the State should look at, "because there are career prospects and engagement with positive sciences and technology, but our young people do not follow them to the extent that we would like them to follow them".

Mr. Kokkinos said that it is already something that has started to happen, perhaps because Cyprus has now become a technology center, as he said, and there are many technology companies that operate in Cyprus and employ, in the IT sector alone, around 15,000 professionals . This, he said, gave motivation and impetus to several young people to return, while as he said, he himself has visits to the Deputy Ministry from Cypriots, who have come from abroad, and who staff these companies.

During the debate, and in response to MPs' questions, Mr. Kokkinos said on this issue that an action plan is needed and that for an immediate solution to the problem, reorientation courses need to be given, i.e. people who have studied other professions, to be given the opportunity to acquire skills in IT professions.

Regarding the issue of workers in Limassol, he said that the city has "now reached its limits" and that the encouragement they give to companies interested in opening offices in Cyprus is to set up in other cities. He said that it is expected that Larnaca will be the next rising city in this sector.

There is a problem in Limassol, he said and referred to the environmental burden, the increase in traffic, and the financial burden, giving rent as an example. He said that they have started a communication campaign, while three films they have made about’ for this purpose they will be released this week.

Mr. Kokkinos also mentioned that the digital transformation is a journey that has begun and that it is a journey of continuous upgrading, with no final destination.

He also said that three major projects concerning society, namely  the digital reform of justice is at 60% to 70%, while progress is also being made in the health and education sectors.

As for sectors related to business, he said that the digital reforms of urban planning, land registry and tax office are progressing companies. On the issue of the corporate tax system, he said that it "will bring a revolution and very great benefits to the service of the business world".

Mr. Kokkinos also said that for the ‘Red Button’, there was a delay of three months because the relevant agencies wanted to determine the teams that will be able to use the service and that they are now ready to announce the tender.

Elections
Mr. Kokkinos said that there are 70,000 potential voters aged 18 to 25, of which 35,000 are registered. He said that since they put up the portal to first sign up to the directories, only about 150 people have signed up.

Mr. Kokkinos also referred to the issue of "resistance to change" regarding digital transformation. He said that changing systems “is the easy part”, but if structures and processes are not touched, then digital transformation will not be successful. Why’ this, he said,  they make a "huge effort" to touch structures and procedures, in collaboration, both with the competent department whose Ministry is doing the computerization and also citizens, as affected, to express their opinion.

He said that apart from the structure , process, and the system, there is a fourth pillar, the culture, i.e. the readiness of the world to change. “This is the biggest problem we face both internally and from society,” he said. Mr. Kokkinos indicated that they are facing this problem, even within his Deputy Ministry.

When asked whether Cyprus will be able to fully absorb the funds of the Recovery and Resilience Fund, Mr. Kokkinos said that he cannot know because it has a horizon of 2026, which, he said, is far away. He expressed the opinion that he sees risks due to a lack of culture in Cyprus, to approach the Plan as a whole as a program under which four sections run, each section having many projects and he emphasized  the importance of institutionalizing the professional project manager (project manager) for the management of all public works, not only for the implementation of the Recovery Plan.

Optical fibers in the House

According to Mr. Kokkinos, it is a partial grant program from the Government that will be announced in January, under which the Department of Electronic Communications will give vouchers to those who want to use it for 1 Gigabyte connectivity, for home use.