Revelations about the attempted murder in Oroklini: The wanted man and the reward 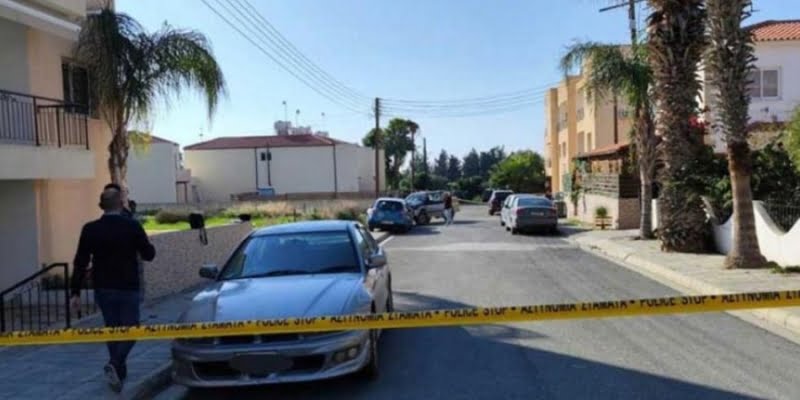 The District Court of Larnaca today issued an eight-day detention order against a 34-year-old man to facilitate Police inquiries regarding an ongoing case of conspiracy to murder, attempted murder, acts causing grievous bodily harm, illegal possession and use of a firearm and ammunition, and illegal possession of explosive materials, crimes committed on Sunday, December 4 in Oroklini.

The suspect's lawyer referred to the events of the arrest of a 31-year-old man, who has been in custody for eight days by the Court for the same case since last Thursday, December 7 after he handed himself over to the Police.

He also stated that the 31-year-old verbally admitted his involvement in the attempted murder of a 42-year-old man in Oroklini, in which both he and his six-year-old son were injured.

See also: The 34-year-old man is in court for the attempted murder in Oroklini (pic)

The investigator of the case, answering questions from the suspect's lawyer, said that in his written statement the 31-year-old suspect  admitted that he did not know if there were other people involved in the attempted murder apart from a 35-year-old man, whom he named and who has since been sought by the Police.

He also said that the 31-year-old had reported to the Police that the 35-year-old  the suspect was the person who approached him for planning the murder of the 42-year-old in Oroklini, receiving the sum of 20 thousand euros as a fee.

The investigator also reported before the Court that the 35-year-old was declared missing on December 7 by a relative at the Famagusta Police Department. The relative of the 35-year-old, he said, had also reported to the Police that he had revealed to her that he had conspired with the 34-year-old suspect to commit the murder of the 42-year-old in Oroklini and that he would receive the sum of 40 thousand euros from him, however in in the end he only received 20 thousand.

The 35-year-old also handed over to a relative, according to what she reported to the Police, a mobile phone which he then gave to the authorities and is being evaluated.

As the investigator of the case also told the Court, in response to questions from the suspect's lawyer, relatives of the 35-year-old as well as the policeman to whom the information about his disappearance was conveyed did not want to give a written statement.

He also noted that the 34-year-old suspect presented to the Court today has not been scientifically linked to the weapon, the hood and any other evidence found at the scene of the attempted murder in Oroklini. He also said that nothing illegal was found during the Police investigations at the suspect's house.

To other questions from the suspect's lawyer, the witness replied that the 31-year-old man, in two voluntary statements he gave on December 8 and 9, mentioned in the role he played in the attempted assassination of the 42-year-old, the missing person, when his wife and children fled the Republic after his suggestion.

According to the witness, from the 42-year-old par’ little victim, only an oral statement was taken, since after the attack against him he is being treated at the Larnaca General Hospital and is not able to give a written statement.

He also said that as part of the investigation of the case, statements will be taken from relatives of of the 42-year-old's home in Oroklini, nursing and other staff of the hospital where he is being treated, while other monitoring circuits will also be examined.

The suspect's defense attorney also said that according to what was mentioned in the detention request for his client, the 31-year-old had stated in his voluntary statement to the Police that on December 5 he went with the 35-year-old to the 34-year-old's house in Ayia Napa. The 35-year-old got out of the car, entered the suspect's house and after a while came out holding money.

The lawyer stated before the Court that his client authorized him to report to the Police that on December 5, he was in a betting agency in Sotira together with other patrons.

He even invited the Police to go to the betting agency and take statements from the owner and other patrons and pick up the closed circuit surveillance located in the driveway of his house in Ayia Napa, to determine whether the 31-year-old was telling the truth when he said how he went with the missing person to his house.

The suspect's defense attorney submitted to the witness that the detention of his client is not justified, with the case investigator responding that there is the written statement of the 31-year-old implicating the 34-year-old in the case.

While shopping, his lawyer suspect said that his client's detention cannot affect witnesses and that there is no evidence that can be destroyed.

He also said that "in the context of common sense, if he wanted to disappear he would disappear» however, he did not do so since he has two children and his family and Cyprus is his country of residence.

He also noted that "there is no reasonable connection between the suspect and the attempted murder and that his detention is requested by the Police in order to obtain testimony".

For her part, the representative of the Prosecuting Authority reported to the court that what is mentioned in the suspect's detention request is not information and that there is the statement of the 31-year-old prisoner in which the suspect is named as the person who had handed over the weapons for the execution of the of attempted murder and the sum of 20 thousand euros.

He also added that the Police "did not go empty-handed" to the Court to request the detention of the suspect but when he secured the testimony of the 31-year-old prisoner.

Our position, he continued, is that the detention of the suspect is justified for the substance and the eight days that the Police requested and called the Court to issue the detention order against him.

The Court finally issued an order to detain the suspect for eight days, taking into account, as he said, the seriousness and nature of the case and the possibility of influencing witnesses.

It is noted that when the suspect was brought before the Court, who was wearing a bulletproof vest, draconian security measures were taken by the police, since their members were armed and also wore bulletproof vests.

Second arrest for the attempted murder in Oroklini

Source: www.sigmalive.com
Share
Facebook
Twitter
Pinterest
WhatsApp
Linkedin
Telegram
Previous article
Dead deer at the Limassol Zoo: “Rudolph will not have Christmas”
Next article
They decorated a tree with photos of missing persons in the old Nicosia City Hall again this year
- Advertisement -