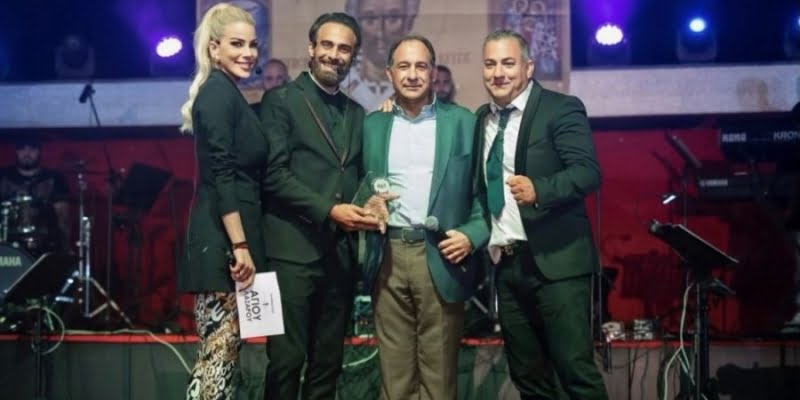 The great event of giving and love took place on October 15 and 16, 2022, in the Orchard of Agios Lazaros in Dromolaxia.

The purpose of the 2-day Charity Festival “Saint Lazarus and his little friend Savvas” was the financial support of charitable Institutions that are socially active by offering care, education and health services to fellow human beings. This year, all proceeds will be allocated to support the Agios Lazaros Disabled Center and for children with cancer.

The honorable Minister of Transport, Communications and Works, Mr. Yiannis Karousos, practically supported the Charity Festival with his presence. With sincere feelings of joy and emotion, he greeted the attendees, expressed the support of the government and himself in this kind of charity events and wished every success in the work of the organizers.

The Charity Festival was also attended by the Honorable Commissioner of the Presidency, Mr. Fotis Fotiou, the Deputy Minister to the President, Mr. Petros Dimitriou, representatives of the Parachute Federation of Cyprus "Pegasus", the Deputy Mayor of Larnaca, Mr. Jason Iasonidis, the Mayor of Dromolakia, Mr. Kypros Andronikou, the Mayor of Aradippou, Mr. Evangelos Evaggelidis, the Mayor of Volvi, Mr. Diamantis Liamas, together with a delegation from the Municipality of Volvi, as well as members of the government, parliament, organized groups and a large crowd. Also, the Charity Festival was honored with the participation of renowned artists, and a multitude of other talented people who each offered in their own way.

Although on Sunday 16 October 2022 the weather conditions were not favorable, the program of activities was carried out normally and a large number of people enjoy all the activities with joy and enthusiasm.

It is worth emphasizing that the objectives of the organization of the Charity Festival have been achieved thanks to the collective awareness and participation of the citizens, who hastened to the Garden of Saint Lazarus by contributing financially for their fellow man and especially for the children who are in need. With their own big or small contribution, they helped so that the revenue exceeded the 70 thousand euros we set as a goal.

The people's love for our work moved us greatly. Our work is based on voluntary and humanitarian action and is due to the tireless efforts, selfless acts, altruism and sensitivity of volunteers and supporters. Also, the great success of our project is based on the offer of the hundreds of sponsors who embraced the purpose of the Charity Festival from the first moment to whom we express  grateful thanks.

Mr. Lazaros Filippou, Superintendent of the Precinct of Saint Lazarus thanks all those who contributed and supported with their help the achievement of the noble goals that create the conditions for a better world. He emphasizes that all of us collectively will continue to strengthen the efforts of the Community of the Precinct of Saint Lazarus so that it can offer to Society and fellow human beings. According to the Elder Sophronio Zakharov, love seeks the unity of people first on a spiritual level and then on the external everyday life. The 2-day Charity Festival “Saint Lazarus and his little friend Savvas” gave the opportunity for unity and cooperation to achieve a noble goal which was love, charity and giving to fellow man.  Undoubtedly, these kinds of efforts make us proud as they promote the Orthodox Christian culture which is completely compatible with the Cypriot tradition”, says the Press Release.