Secrets of the 5-year defense agreement between Greece and the USA: The signatures of Dendia and Blinken fall today 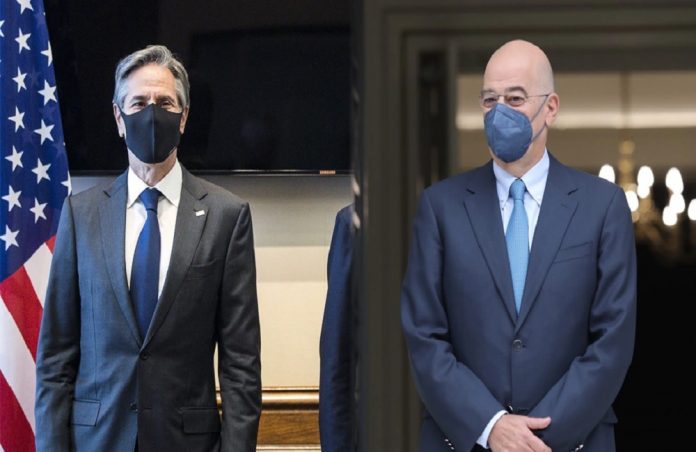 The agreement will give the US military the right to use even more military bases in Greece. In addition to the already established facilities at the Souda naval base in Crete, the US Armed Forces will have official access to exercises at the Litochoro firing range, the right to relocate to the Army Air Brigade at Stefanovikeio in Magnesia and portal for the development and deployment of US military forces stationed in Eastern Europe.

The four locations that are expected to be specifically described as facilities for facilitating the US Armed Forces are Souda, Stefanovikeio, Litochoro and Alexandroupolis. The diplomatic formalities chosen, however, will allow the US military to facilitate the use of Greek military installations on the islands and in mainland Greece, at a time when Ankara is escalating its challenges in the Aegean, the Eastern Mediterranean and Cyprus.

It is indicative that at the time when Nikos Dendias and the head of the State Department Anthony Blinken will sign the agreement of mutual defense cooperation Greece-USA (MDCA), 15 American F-15 fighters are at the base of Larissa, the “heart” of the Greek War Aviation.

In fact, in addition to the given increase in US investment in Greece to improve the infrastructure that will host the US military, diplomatic sources estimate that by concluding the five-year defense agreement , Washington indirectly undertakes not to allow a third country attack. on the ground that houses such important bases for its military machine.

The American protection of Greek territorial sovereignty is expected to be reflected in the preamble to the MDCA agreement, as well as in a letter that Anthony Blinken is expected to send to Nikos Dendias. In the letter, the head of the State Department is expected to reiterate the “commitment” of the United States and Greece to maintaining peace in the region, pledging to prevent actions that threaten stability.

According to information published on the website hellasjournal.gr, Anthony Blinken will point out in his letter that Greece is a “stable NATO ally and partner”.

In his letter, Mr. Blinken includes a series of promoted positions, through which he emphasizes the importance of Greece for the American strategic view of our wider neighborhood.

According to diplomatic sources, through the Greece-US strategic dialogue and the MDCA defense agreement, new elements are highlighted that expand and deepen the bilateral military cooperation between Greece and the United States, and the element of mutual military assistance to protect sovereignty is re-noted. of the independence and territorial integrity of the two countries.