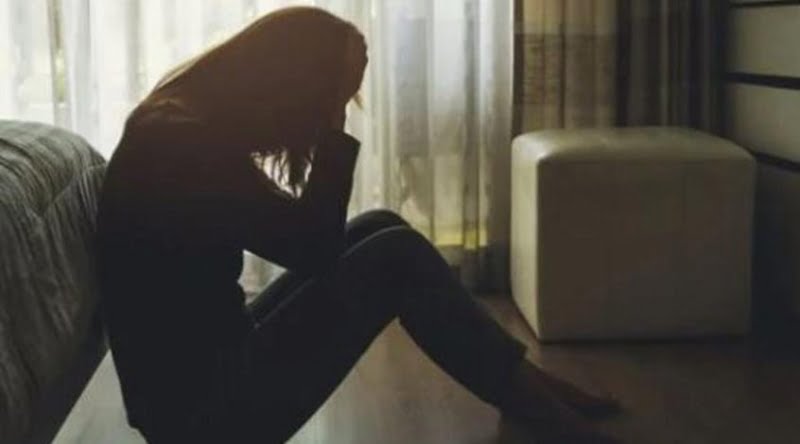 The need for legislation to fill the gaps identified in the handling of complaints about revenge pornography, since there are no provisions in cases where the victims are men, but also to cover new forms of such crimes, the members of the Parliamentary Human Rights Committee asked on Monday.

The Committee started a discussion on the phenomenon of “revenge pornography”, the need to modernize the legislation and ways to prevent and combat the phenomenon, following a proposal by MPs Irini Charalambidou, Giorgos Koukoumas and Alexandras Attalidou.

After the session, the deputy chairman of the Committee, AKEL Member of Parliament, Giorgos Koukoumas, said that it is “one of the most heinous crimes” against women and not only, and which has devastating consequences on personal, family and professional life and social status of the victims.

Typically, he noted, partners or ex-partners share private images or videos they've captured without the victim's consent. He added that through the discussion there is a need to have a separate legislation for revenge pornography, “because the loopholes need to be filled, so that digital platforms and internet providers are absolutely obliged to immediately remove such material from the internet, so that cover the case where the victims are men”.

“This legislation is needed to cover other forms in which this crime manifests,” said Mr. Koukoumas. He also said that AKEL has asked the services of the Parliament to start drafting a law proposal for separate legislation on revenge pornography, and expressed the belief that after this discussion, they are ready to fill in all the gaps “and really get into with tangible results in the fight against this heinous crime”.

During the discussion, a representative of the Cybercrime Directorate of the Police, stated that the existing relevant legislation is only for cases where the victims are women, while, if there are complaints by men, the Privacy Act applies and noted that it's a gap they need to see. The Committee heard about various forms of such offences.

The Police representative also referred to the phenomenon of sexual extortion (sextortion), where the majority of the victims, he said, are men who, after online discussions, receive threats that sensitive material recorded on video and concerning them will be published if they do not pay a ransom . Phones and digital accounts are also hacked electronically by ex-partners, who blackmail victims, he added.

Panagiota Hatzitofi, a representative of the Safe Internet Center, said that from May 2017 to the end of 2021, they had complaints about 338 incidents of sexual extortion, with the majority of victims being men, but there were also women.

She also said that she does not agree with the term revenge pornography, because it shifts the responsibility from the perpetrator to the victim and that it uses the “non-consensual use of personal images”.

Ms Hatzitofi said that the Centre, until today it has trained more than 60,000 students on such subjects.

In her statements, DISY Member of Parliament, Rita Superman, said that the phenomenon has been increasing in recent years, as mobile phones and social media have largely contributed to it.

He noted that the session found that the legislation had “significant gaps”, including that it does not compel digital internet platforms and telecommunications providers to delete photos and videos that are the product of revenge pornography, which he said is being discussed in European level and the member states are consulted on the creation of a relevant European directive.

The MP of the Environmentalists Movement-Citizens Cooperation, Alexandra Attalidou, said that she believes that the penalties should be increased, while the agencies that deal with online crime should have the training on such matters. Some steps have been taken, she said, adding that she believes that because the rate of victims is rising and “lives are being destroyed,” those steps needed to change the law should be taken.

She also noted that the the word “pornography” should be deleted from this term because it targets the victims, “as if they have done something illegal, when in fact, it is the perpetrator who is illegal.”

The Committee also discussed the problems faced by single-parent families after the relevant report of the Commissioner of Administration and asked to stop the “anachronistic” policy according to which the allowance is cut off if the beneficiaries enter into a relationship.

Mr. Koukoumas said in his statements that this is “an anachronistic provision, which continues to exist in the legislation” and that AKEL has submitted a proposal for a law, with which they request the abolition of this provision, “because in essence, the State is exhausting its strictness, in a social group that is among the most vulnerable', and that is below or at the poverty line, for a benefit ranging between €160 and €180. He also noted that, for the implementation of “this anachronistic legislation”, the competent services “apply anachronistic methods”, and explained that they may ask the neighbors if the beneficiaries live with another person, or monitor their profiles on social networks, something, which, as he said, are “extremely problematic both in terms of credibility, but also in terms of human rights”.

Ms Superman reported that the representative of the Undersecretary for Welfare informed them of the Undersecretary's new policy to improve the existing framework for benefit applications and delays. “An important element in the whole effort,” he said, is the creation of seven service points in all cities, which every citizen can visit to settle their affairs. “Everything we heard shows the intention of the competent authorities to stand by the citizens, especially the vulnerable groups”, he added.

He also said that regarding the provisions of the relevant legislation that need amendments,   willing and ready' to work towards this end in the best interest of this group of citizens. He added that the issue is already being discussed in the Labor and Legal Committees.

Ms. Attalidou stated that steps have been taken for online access to benefit application services, but expressed the opinion that they need an upgrade, because, she said, applicants complain that they wait a long time to get a response and when they receive an application they are told that it was not considered because something is missing He expressed the opinion that, at the time the application is submitted, the applicant should be informed whether something is missing or not.

He also asked, “to stop this unacceptable, regressive and patriarchal approach to the verification of the symbiote”. “The fact that a woman cohabits with any man after a divorce is not the business of the state and certainly the responsibilities of protecting children should not be transferred to a new partner and especially the financial responsibilities,” he added.

He also said that the State's benefit policy needs to be child-centered, so that, when a marriage breaks up, children do not become the victims. This should be the State's approach, he said, to protect children from impoverishment.