Spouse Killer Tremithousas: I thought I was living in a dream and I was in a tunnel 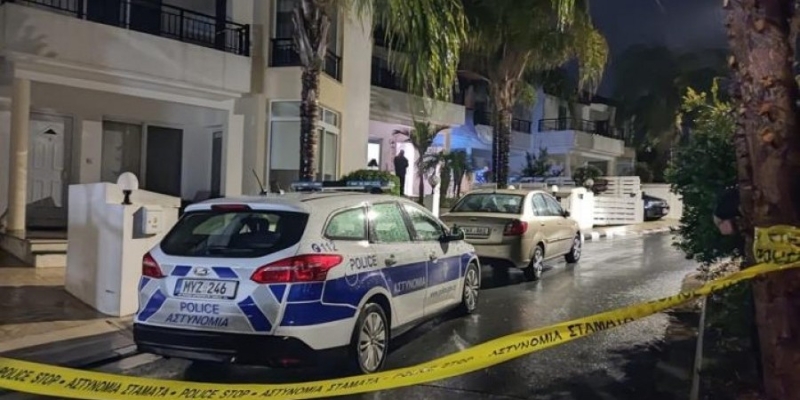 With the presentation of new prosecution witnesses at the trial of the accused confession of the wife killer of Tremithousa and the testimony of the 74-year-old himself, the proceedings before the Permanent Criminal Court of Paphos proceeded on Wednesday, while the trial continues within the main trial, in order for the Court to clarify whether certain statements of the 74-year-old accused were made willfully.

In his testimony, the 74-year-old stated that after the incident, the Police arrived at his residence, while he remembers that a police officer sat in front of him and started asking him questions. "I thought I lived in’ a dream and that I was in a tunnel» added.

Asked about this by his defense counsel, lawyer Ritsa Pekri, he stated that he does not remember many things, while he did not recognize the signature of his statement, saying that he never signed in this way. He remembers that there were many people in his residence, the arrival of the ambulance, the lights of the vehicle, and then that he was in a hospital bed. When they spoke to me, I didn't listen, said the 74-year-old, saying that he was thinking about other things.

The 74-year-old before the Court claimed that he does not remember the statement he gave on 18.12.21 to the Police, but he remembered that he consumed a large amount of pills, which he had at his residence, as well as alcohol. He remembers being hospitalized for three days in the Intensive Care Unit but does not remember, as he told the Court, if he was hospitalized in Athalassa. The 74-year-old also mentioned that he remembered talking to a woman from the British Consulate.

The 74-year-old's defense attorney asked for a video to be shown, with the President of the Criminal Court noting that this requires organization and planning, as well as informing the Representative of the Prosecuting Authority. After a break, the defense attorney stated that the defendant would like to see the video for diagnosis purposes by a psychiatrist. Then this video was submitted as evidence to the Court and it was decided to show it.

When the 74-year-old's lawyer asked her client if he recognized his face in the video, he answered affirmatively without, as he said, knowing when it was taken. In the video prepared by the granddaughter of the accused, the 74-year-old is depicted, while he was taken into account by the defense witness (psychiatrist) for the preparation of his report.

During the cross-examination, the Representative of the Prosecuting Authority, Lawyer of the Republic of Andreas Hatzikyrou, showed him some photos and asked him to identify them. The accused noted that the photographs depicted his residence, the entrance and the interior of the residence, while he subsequently identified his wife.

Mr. Hatzikyrou asked him if he remembered whether his wife was talking when the police came and he answered in the negative, as he said she had passed away, while he said he did not remember the conversation with a female police officer after the incident.

The representative of the Prosecuting Authority told the 74-year-old that he had told the Nurse that before killing his wife he asked her if she wished to kill her and that she answered positively. The accused replied that he could not remember more than that night, nor about his meeting with the doctor of the TAEP of the General Hospital of Paphos. "I might have answered the doctor's questions but I don't remember. All I remember was that my wife was killed,» he said.

According to the witness who works at the TAEP of GN Paphos as a general practitioner, on 18.1.23 in the evening he examined the accused who was taken to the Hospital due to an overdose of drugs and alcohol. When he asked him what happened, the 74-year-old told him that he killed his wife by covering her mouth and nose with his hand because she asked him to do it "to get rid of her condition". continued the witness.

Regarding the pill packages, Mr. Sidiropoulos told the Court that the 74-year-old consumed, among other things, pills that help reduce blood pressure, heart disease, cholesterol, antibiotics and aspirin. Answering a relevant question from the representative of the Prosecuting Authority, Andreas Hatzikyrou, the witness stated that the 74-year-old was fully conscious.

For her part, the 74-year-old's defense attorney submitted the position that a general practitioner cannot make a psychiatric diagnosis, noting that the patient may look well but have psychological problems. It is possible, said Mrs. Pekri, that her client was completely lucid, but when he was examined by a psychiatrist, it was deemed necessary to transfer him to the Athalassa Hospital. Full clarity must concern a psychiatrist's diagnosis and the doctor's report for full clarity of her client is his personal assessment, Ms. Pekri said. The witness said for his part that he does not accept the comment.

It is noted that  A representative of the Prosecuting Authority, Attorney of the Republic Andreas Hatzikyrou, said that it is not a fact that there was an agreement between the 74-year-old and his wife to kill her. For their part, defense attorneys Nicoleta Charalambidou and Ritsa Pekri said that the defense insists that the death of the 75-year-old woman was caused by an agreement. the court ordered that the accused remain in custody.