Stefi Drakou [sub. Of Justice]: An investigation has been launched for a circuit in Cyprus in connection with the rape of a 24-year-old in Thessaloniki 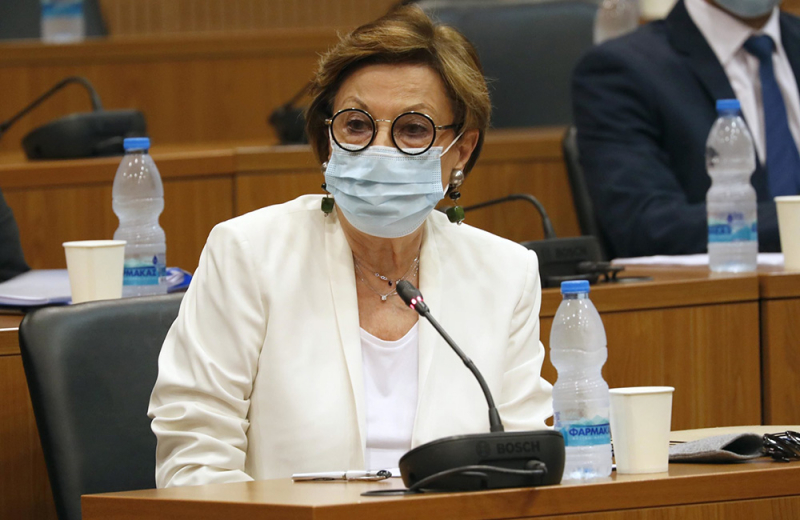 The Minister of Justice Stefi Drakou confirmed that the Chief of Police in cooperation with the Attorney General is already working towards the investigation of the complaints concerning a circuit operating in Greece and Cyprus and related to the rape of the 24-year-old in Thessaloniki.

Asked, after the session of the Legal Committee of the Parliament in which she attended, Mrs. Drakou said that the letter sent by AKEL MP Christos Christofidis to the Attorney General was also communicated to her and she has already spoken about the Chief of Police, who in cooperation with the Attorney General is acting in the right way to investigate it. of the complaint. He also said that no serious crime should be silenced. Answering a question, he said that justice in Cyprus will work and is working, while he said that the names are not relevant but whether a specific crime is being substantiated.

Besides, in his statements to the Parliament, the AKEL MP Christos Christofidis stated, among other things, that he had contacted Ilias Gionis, who proceeded with the complaints about the case, who told him that he would submit a statement to the Cypriot Police in the coming days.

Source: politis.com.cy
Share
Facebook
Twitter
Pinterest
WhatsApp
Linkedin
Telegram
Previous article“Europe is not united with a divided Cyprus”
Next articleCovid19 / EMA: Vaccines in pregnant women are just as effective in reducing the risk of hospitalization and death as in non-pregnant women
- Advertisement -