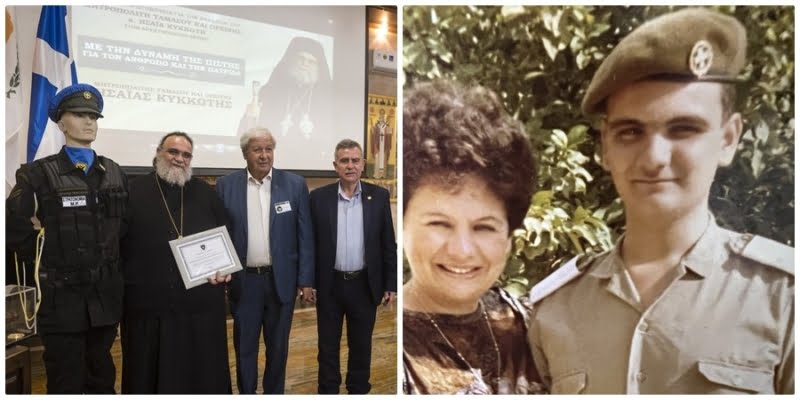 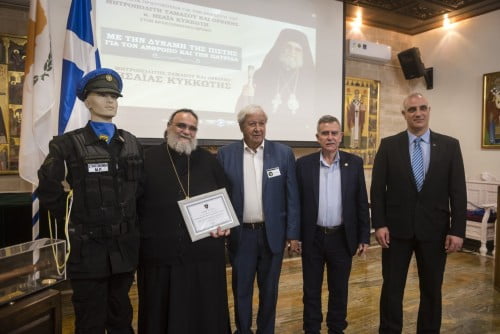 The event was held in the presence of the then Commander, General in retirement, Marios Makrygiannis, who referred with emotion to the then young layman Spyros Giorgakis, today Isaias Kykkotis.

As he said, he had a full understanding of the course that would was following and yet he chose to serve the country, although he could have avoided it due to his Priestly course. 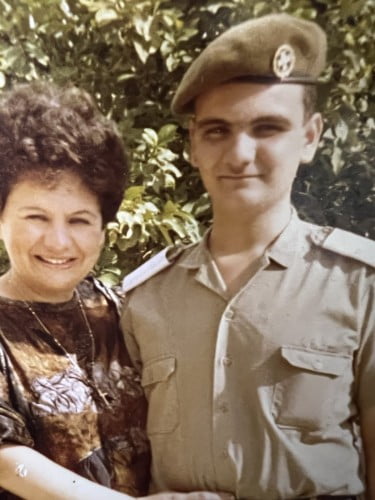 Simultaneously with the proclamation of His Holiness to the honorary president of the Military Police, the Police Military Association donated an effigy (doll) of a military police officer with the uniform and name of Spiros Giorgakis, who during the ceremony added the name "Isaias" under the popular name of Metropolitan Tamasos and Orinis.

For his part, the Metropolitan thanked the Stratonomia and pledged to serve the Church, the country and the armed forces with the same love and zeal, always standing by the side of the people and the flock.< /p>

Read also: Matr. Tamasu: Support will be given to groups that were not treated properly