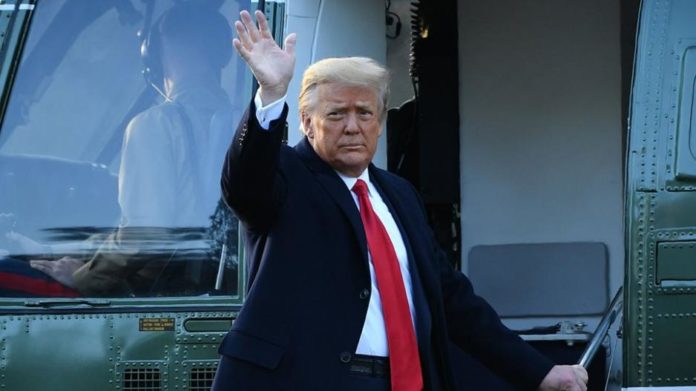 As of noon on January 20, Donald Trump is now entitled to an annual presidential pension of $ 221,400 and many additional benefits, despite the fact that his – second – referral process is underway.

Until the referral process is completed, he is entitled to full coverage of his benefits, while the possibility of losing these rights exists only if he is convicted by the US Senate. But even so, nothing is certain.

Even if the Senate convicts him, it is likely that he will need – one more – vote to be found ineligible and then stop receiving benefits, according to US lawyers.

The benefits
According to CNN, in addition to the $ 221,400 annual presidential pension, his benefits include travel expenses , business rental expenses and staff remuneration expenses, which can exceed $ 1 million. In fact, according to the National Taxpayers Union Foundation , since 2000, a total of $ 56 million in grants and benefits have been provided to the four former US presidents who are still alive. From the State Fund.

One of the most expensive benefits that former US presidents receive is renting a business space that has no “ceiling” . In fact, former presidents George W. Bush, Bill Clinton and Barack Obama received more than $ 500,000 each for 2019. Jimmy Carter received just $ 118,000.

These amounts, although not negligible, can be described as “financial choices” in relation to Donald Trump's expenses. Since January 2017, he has “charged” more than $ 1 million to American taxpayers for renting personal – presidential – offices, on properties that were already owned by him.

The only benefit that Donald Trump, as former president of the United States, is not entitled to is medical coverage . As a president, he must have been in the White House for at least five years.