The 231 personalities who support Metropolitan Athanasios in the Archdiocese 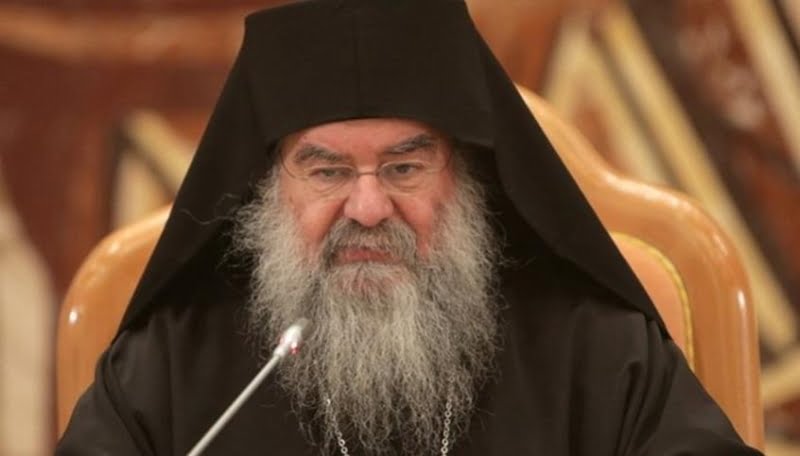 The actions of the Metropolitan of Limassol Athanasios in the second largest ecclesiastical region of Cyprus, “make him the right choice to take the helm of the Church of Cyprus as a good shepherd”, they emphasize in a joint statement signed by 231  personalities from the entire spectrum of political, economic and social life of the place.

According to a statement from the support group for the candidacy of Metropolitan Athanasios in the Archbishop elections, the personalities who co-signed the statement, underline that the Metropolitan of Limassol has performed “an admirable and diverse national, administrative, social and charitable work” and therefore “we are convinced that if is elected Archbishop of Cyprus, he will generously offer his love and support to everyone”.

In 1999, they add, he took over a Diocese with many financial and other problems, but with rational and good financial management, restored its credibility and proceeded with projects of spiritual infrastructure and love.

He is the spiritual guide of thousands of people, having active daily contact with them and putting into practice his love for our suffering fellow human beings, implementing the program for thousands of free meals every day for both adults and TEPAK students, as well as children from single-parent families , the statement completes.

They mention that, under his spiritual guidance and supervision, the Healing Communities “Agia Skepi” functioned as a drug addiction center, “Panagia the Refuge” for women and the Adolescent Support Center for children aged 12 to 19, while it is indicated that “the success rates of all the programs are the highest at the pan-European level”.

The Metropolitan of Limassol, add the personalities who support his candidacy, offers support services for the establishment of the “Saint Luke the Physician” community in Filani for people with disabilities, he created the Versatile Center for the Provision of Social Services “Saint John the Merciful” and the Center for Offering and Love “Panagia i Paramythia”, to support our fellow human beings in need.

They also remind that Metropolitan Athanasios created two cafes in the historic center of Limassol for the needs of young people (“Dieksodos” and “Indiktos”) and established the operation of a 24-hour reading room, while he created the first Center for Environmental Research and Education in Cyprus.

The Metropolitan of Limassol, they add, among others,  “cares, is interested and is vigilant about our occupied homeland, receiving information at regular intervals from the authorities and does not hesitate to position himself on our national issue always with distinction, fully respecting the people's verdict us and the dictates of our state and political leadership”.

Also, they state “organises cultural events dedicated to our occupied homeland, which aim to maintain the fighting spirit of our people who believe in God and fight for freedom and justification”.

Source: www.reporter.com.cy
Share
Facebook
Twitter
Pinterest
WhatsApp
Linkedin
Telegram
Previous article
Limassol claims the title of European Capital of Culture 2030
Next article
A 26-year-old man was charged before the Court for the damages to SY.FI. of AEK
- Advertisement -