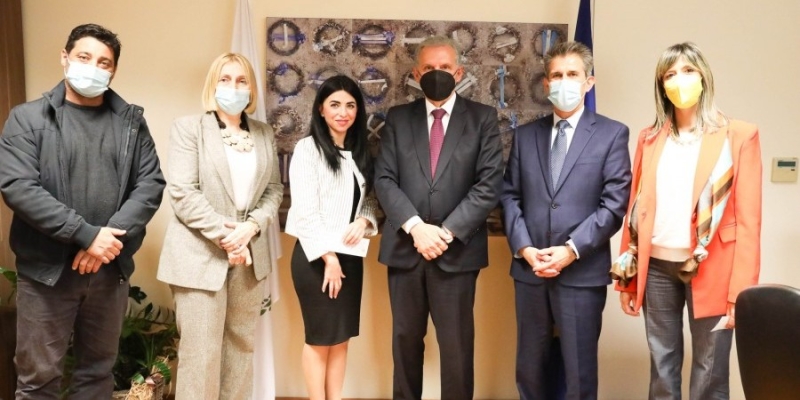 The US-based Cyprus Children’s Fund distributed $64,000 in donations to eight non-profit organizations, demonstrating its commitment to its mission by continuing its annual grants.

As stated in a press release, the President of the Cyprus Children’s Fund, Nikos Zittis, and the organization's Board of Directors, "announce the support of eight non-profit organizations in Cyprus with donations totaling 64,000 dollars".

The organization says it "renew its commitment to its noble mission by continuing its annual giving". It is noted that the money distributed by the organization is income from the annual fundraising event and donations made to the Fund by individuals and organizations.

The donations were given to eight non-profit organizations, among them the Independent Social Support Agency headed by the First Lady of the Republic of Cyprus, Andri Anastasiadis, which financially supports students studying in Cypriot universities.

«For another year, the Cyprus Children’s Fund continues to support non-profit, charitable organizations in Cyprus that provide essential services to children and young adults with various special needs”, said Mr. Zittis, as reported in the press release.

This year, he added, they offer "the remarkable amount" of $64,000 as a result of the very successful annual fund-raising event and the generosity of our 'indebted' donors.

It is noted that the Cyprus Children’s Fund continues to support children, families and organizations with noble purposes.

Source: www.sigmalive.com
Share
Facebook
Twitter
Pinterest
WhatsApp
Linkedin
Telegram
Previous article
The strike of the concrete industry in quarries has been called off
Next article
Menendez: I will not approve the sale of F-16s to Turkey because it is attacking Greece
- Advertisement -