The development of the “Germanina” farm on the ice 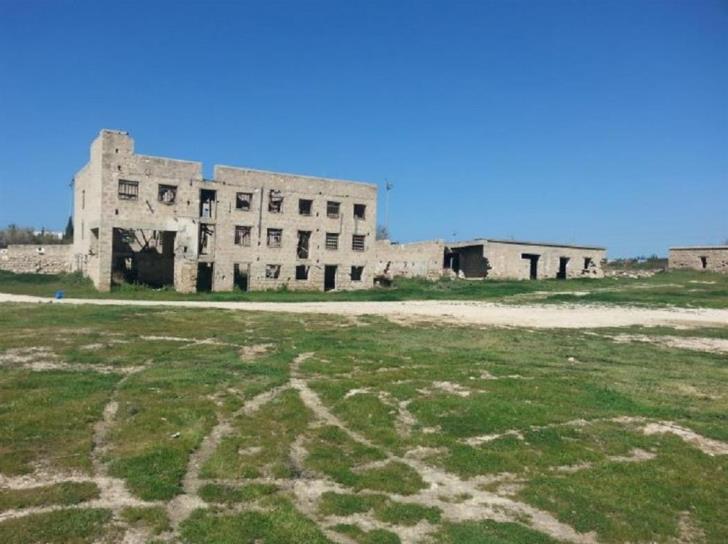 If there was an “Oscar of misfortune” in the execution of works, he would take it with ease. The reason for the historic farm “Germanina” in Geroskipou, the first farm in the province of Paphos and possibly in all of Cyprus where the first machines for agricultural work worked from the beginning of 1900. After decades of abandonment and continuous damage that reached the brink of collapse, in 2013 the Municipality of Geroskipou presented the study that had been awarded to experts for the renovation and exploitation of the huge space. Unfortunately, however, the period coincided with the financial crash of the Republic of Cyprus, with the result that any aspirations entered the closet.

And when a few years ago the municipality tried to restore the plans, “cutting” the original plans that were now unreal since they provided for projects of 7 million, and in this case fell into the pandemic. As a result, “Germanina” is back on the sidelines.

The largest and most industrialized farm in the province of Cyprus at the beginning of the 20th century, it seems that it will never return to periods reminiscent of its old prosperity and the important role it played in the economic and social life of the region. Speaking today to “F”, the cultural official of the Municipality of Geroskipou, Nikos Palios, acknowledges that the economic environment today does not favor the required expenses of the level of “Germanina”.

“We have to compromise on achieving the minimum goal: the rescue, that is, the intervention of the remaining buildings, which has been achieved in the last two years,” he said. “The study for the development, promotion and modernization of the farm, which was prepared and presented in 2013, foresaw an expenditure of 7 million euros. An amount that given the economic collapse that occurred in 2013, everyone realizes that it was now in the realm of the unreal to give for such a project. But, even the “haircuts” that followed to make it possible to use the farm in the following years, unfortunately fell on the pandemic. The reality is that today, as we speak, no one is dealing with the issue of the exploitation of “German”. We must be content with the fact that the work was done that prevented the complete collapse of its buildings “.

The rescue works carried out after the announcement of a relevant tender by the Municipality of Geroskipou were completed based on the provisions of the contract and at least the risk of the collapse of the buildings that were in poor condition has been avoided.

“Now, the area is fenced, it is under the constant supervision and guarding of the municipal authority”, according to Mr. Palios. “At least, the danger posed in all previous years by the actions of unconscious people who came in and stole stones and other materials, but also by shepherds who appropriated the buildings for the needs of their herds, has caused a huge destruction in a historically and culturally important area. for Geroskipou “.

Prior to the collapse of the economy in Cyprus in 2013, the Municipality of Geroskipou had proceeded with the architectural competition, aiming at the regeneration and sustainable development of the Farm from an urban, architectural, technical and economic point of view, with emphasis on the cultural character, which would be implemented in two . The goals of the competition were to create a vibrant, sustainable, multifunctional space with an emphasis on culture. Today, this competition is a blank slate anyway, while the cultural official of the municipality points out that anyway, even if it came back to the fore, this study would need many differences and changes based on current data.

“I will give just one example,” he says. “That study provided for the creation of a Botanical Park. And the question of many in Geroskipou, is why not be a Theme Park focusing on the goddess Aphrodite, who is inextricably linked to our area. Which would be much more lucrative than a simple botanical project. “

“It takes time and bigger funds”

The cultural official of the Municipality of Geroskipou, Nikos Palios, observes that the “minimum” goal of the rescue intervention of the remaining buildings may have been achieved in time, however the financial part for the revitalization of the historic site will take much more time and funds to become a reality.

Although the promotion of model development projects that will give new breath and prospects for recovery is considered by all as a key parameter of enrichment of the destination “Paphos”, “Germanina” is the most shocking example of a project that remains at the level of declarations for decades and not only period of economic collapse, or the present pandemic.

“Gerokipia” was the largest and most modernized farm in Cyprus, starting from the beach of Geroskipou and covering the entire fertile plain. Following a change of ownership between wealthy Paphos families, the farm was sold to the German family of Carl and Emilie Widmaier. They were a wealthy German couple who settled in Cyprus in the 1920s. In the end, when this “dynasty” of Germans was coming to an end, the heirs sold part of the farm to the state for 350 thousand pounds. Most of it was expropriated by the government, who divided it into lots and gave it to landless farmers for a period of 35 years. Each farmer gets a lot of 10–18 scales. Peanuts, beans, potatoes, wheat, barley and arboricultures are grown. There is always a prior consultation with the Ministry of Agriculture.

Tsifliki has since remained unexploited with the facilities being turned into stables, without anyone caring about its fate. In 1995, the competent authorities decided to turn the Farm into a model model of intellectual and tourist traffic, a decision that has since remained only on paper.