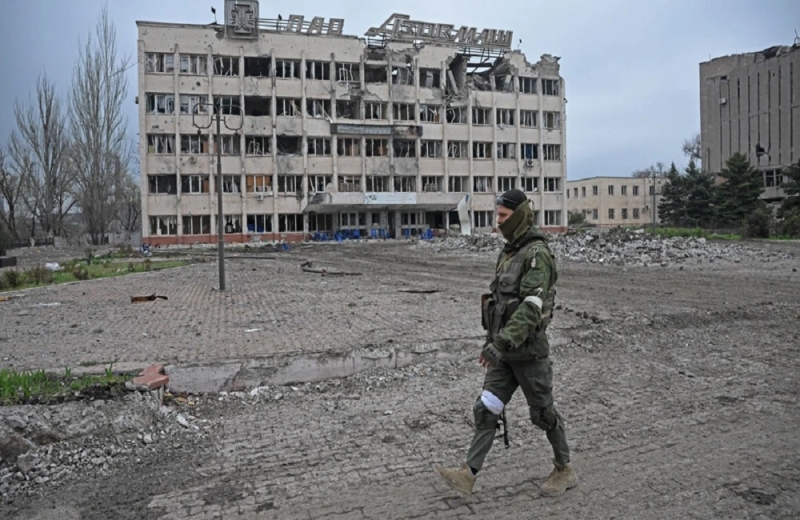 The culmination of the war in Ukraine can be described – for the time being – as Russia turning its attention to the east with the attack aimed at capturing Donbass.

In a dramatic message at midnight, Ukrainian President Volodymyr Zelensky, confirmed the development, which was already waiting for Kyiv, saying that “we can now say that the Russian troops have started the battle of Donbass, for which they have been preparing for a long time. “A very large part of the Russian army is now focused on this attack.” Earlier, Ukrainian President Andriy Germak's chief of staff had earlier said that “the second phase of the war had begun” and called on the country's forces to resist.

Cities and towns in eastern Ukraine were bombed yesterday as Russia stepped up its full-scale offensive in the Donbas region last night. Weeks after attacks and attempts to occupy Kiev and other major Ukrainian cities failed, Putin's commanders are now refocusing their efforts on the territories of Donetsk and Luhansk, along with other parts of Ukraine's eastern wing. which the Ukrainian president called yesterday as the “Battle of Donbass”.

Ukrainian media and Telegram channels reported a series of explosions along the front line in the Donetsk region, bombing Marinka, Slavyansk and Kramatorsk all night.

According to the latest data, A total of 20,600 Russian soldiers have been confirmed dead by Ukrainian authorities , and even the most conservative Western estimates earlier this month put the death toll at between 7,000 and 15,000. As the war entered its 54th day yesterday, Ukrainian authorities also announced that Colonel Ivan Grisin, commander of Russia's 49th Anti-Aircraft Missile Brigade, was killed during a battle near Kharkov. 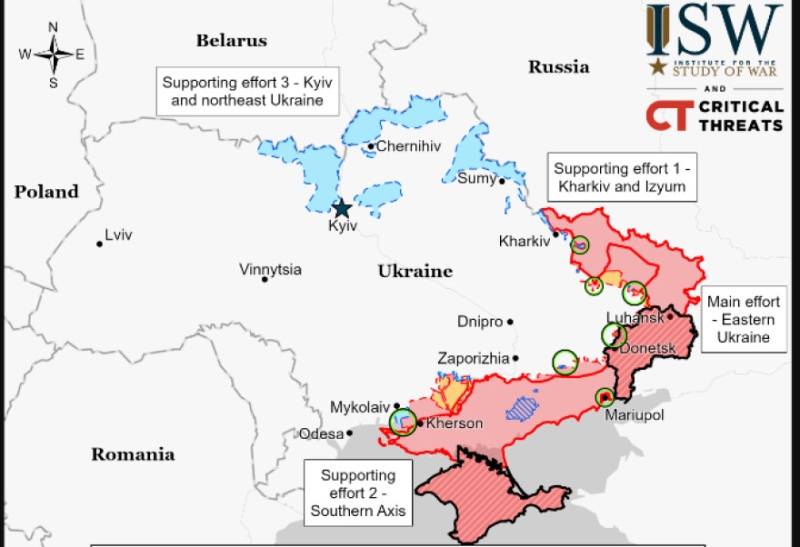 Russian bombings killed at least eight people in eastern Ukraine on Monday, according to local authorities. Gaide said four people had been killed trying to flee the Russian-occupied city of Kreminna in Luhansk on Monday.

In the Donetsk region, Regional Governor Pavlo Kyrylenko said that four other civilians were killed in Russian bombings, and that a man and a woman were also killed in Kharkov when shells fell on a playground near a residential building.

The latest Russian missiles have raised the cost of damage to Ukrainian infrastructure to more than $ 85 billion, according to the “Russia Will Pay” campaign, a project developed by the Kiev School of Economics in collaboration with the Office of the President of Ukraine and the Ministry of Economy.

At the same time, according to the US Institute of War Studies (ISW), in the next few hours it is considered unlikely that the Russians will achieve an impressive victory, but they will certainly cause damage to the Ukrainian defense. As analysts explain, the Russian forces did not make the operational cessation that was most likely necessary for the reconstruction and proper integration of damaged units withdrawn from northeastern Ukraine into operations in eastern Ukraine. The Russian forces that withdrew from Kyiv and returned to fight in Donbas, at best, are filled with soldiers from other destroyed units, and the Russian army has few, if any, cohesive units.

Frequent reports of catastrophically low Russian morale and ongoing logistical challenges indicate that the effective combat power of Russian units in eastern Ukraine is low. Russian forces may certainly be able to destroy Ukrainian positions in eastern Ukraine through the large concentration of firepower and the enormous weight of numbers, but most likely at a high cost.

The siege of Mariupol

Meanwhile, twelve Russian divisions are besieging Mariupol , seeking the surrender of the last 800 men, defending the city, fortified in the Azovstal steel industry.

Ukraine estimates that 21,000 people have been killed in Mariupol. Meanwhile in Mariupol, the commander of the Azov Regiment of the National Guard, Denis Prokopenko, claimed that Russian planes had begun deploying “bunker busters” to kill the last Ukrainian fighters and civilians who had taken refuge in a steel plant. >

According to all sources, the Russian army is pounding the crucial port in the Azov Sea, causing suffocating conditions for the civilians who remain there. However, by Monday night, Mariupol had not completely fallen into the hands of the Russians and is considered “disputed”, according to US sources. 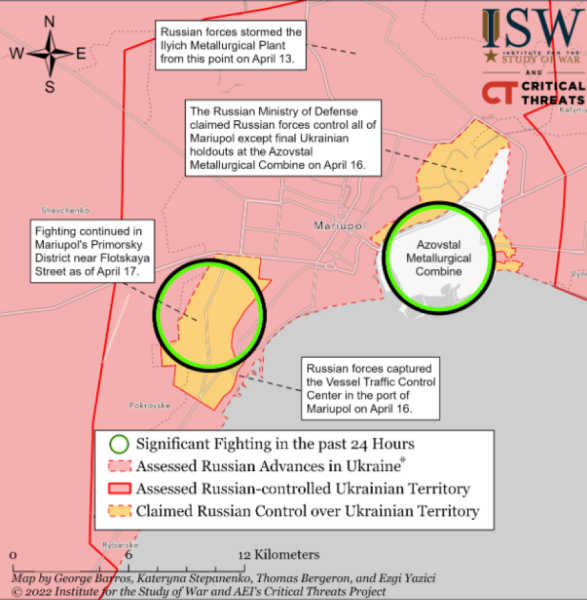 Ukrainian resistance is also considered necessary for tactical reasons . About twelve divisions are operating to conquer Mariupol, while other forces of the Russian army are employed. With the fall of the city, they will be “liberated” to operate in other areas of Donbas, while the ongoing fighting “traps” them in the area, weakening the other fronts of eastern Ukraine on which the Russian attack is developing.