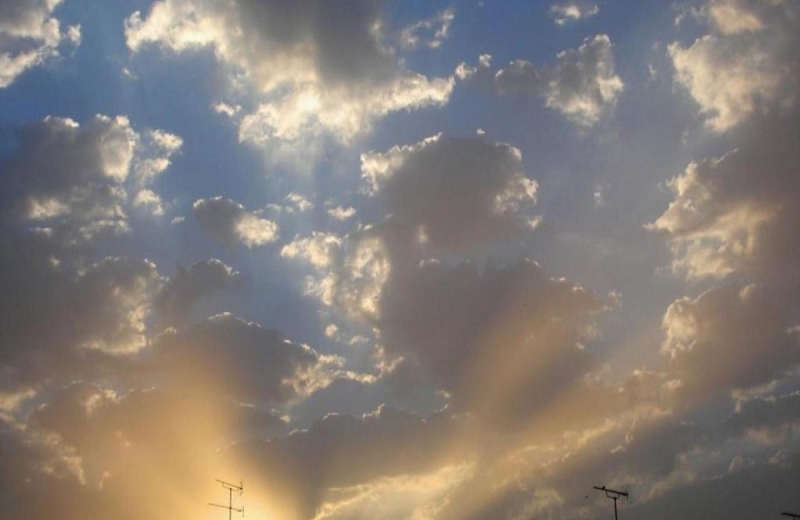 Weak low pressure and relatively hot gas mass affect the area. There will be light dust in the atmosphere until tomorrow.

Today the weather will be mostly clear. The winds will be initially variable, weak, 3 beauforts to gradually become southwesterly to northwesterly, weak to moderate, 3 to 4 and in the afternoon locally in the southwest, to strong 4 to 5 beauforts. The sea will be a little turbulent and in the southwest to turbulent. The temperature will rise to 33 degrees inland, around 25 on the coast and 24 degrees in the higher mountains.

Tonight the weather will be mostly clear. During the dawn hours, it is possible to form locally sparse fog or even fog, mainly in the west. The winds will blow mainly northwest to northeast, weak, 3 Beaufort and the sea will be a little turbulent. The temperature will drop around 15 degrees inland and on the coast and around 13 degrees in the higher mountains.

On Tuesday and Wednesday there will be increased high clouds, while on Thursday the weather will be mostly clear.

The temperature will gradually drop until Wednesday and not a significant change on Thursday, to be a little above the average climatic values.

Source: politis.com.cy
Share
Facebook
Twitter
Pinterest
WhatsApp
Linkedin
Telegram
Previous article
And a fourth cracker injury! It exploded in the hands of a 56-year-old man in Paphos
Next article
HERE are the points for free Rapid test for Sunday 25 April (catalog)
- Advertisement -