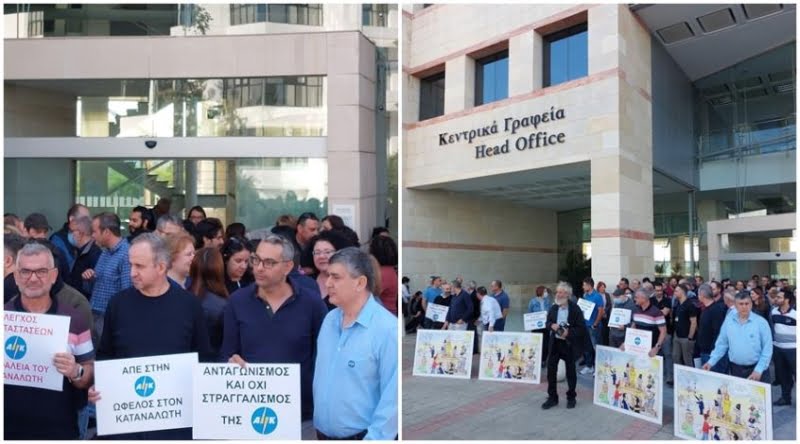 A one-hour warning strike, between the hours of 11:00-12:00, was carried out today by members of the trade unions of the EAC all over Cyprus, calling on the authorities to listen to their concerns and take decisions . An all-day strike is planned for next Wednesday.

The strikers carried signs with slogans such as “No to profiteering. Modernize Dekelia”, “Competition and not strangle the EAC”, “Let the EAC work for the benefit of society”, “RES in the EAC, benefit to the consumer”, “NO to experiments, EAC=Safety”, “NO third party pension in EAC”, “EAC Understaffing, Insufficient Service”, “Respect EAC Collective Agreements” and “End the destruction of EAC”.

Speaking to the strikers, the President of SEPAIK, Sotos Savva, said, among other things, that today's all-Cypriot strike is not for wage benefits for EAC employees, but for issues related to the price of electricity, the viability of EAC, but also customer service. To date, he continued, there has been no positive reaction to the demands and that is why “we are here and we will continue next week with the twelve-hour, all-day strike on Wednesday, claiming what we believe is the benefit of society, of the EAC, but also of the consumer more broadly”. 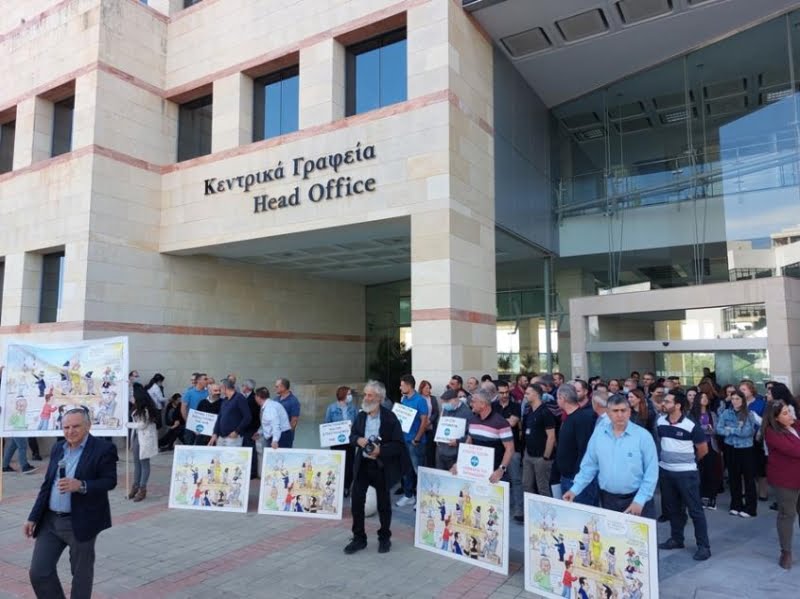 Speaking to journalists, the President of EPOPAI, Kyriakos Tafounas, stated, among other things, that they had given early warning that today they would go on a one-hour warning work stop in order to take initiatives and make those decisions in regarding the issues that have been highlighted for a long time and concern the EAC, the energy sector but also the costs borne by the consumer.

He added that these are issues that affect both the operational capacity of the organization such as the correct staffing, the ability of the organization to proceed with the implementation of its development program, but also to be able to offer the best services possible to consumers, implementing and satisfying any of their modern requirements.

Regarding the understaffing of the EAC, Mr. Tafounas said that both the management and the board of directors have made decisions, they have submitted the needs to the relevant ministries for a year and today “we are in front of decisions that demonstrate that a very small percentage positions will be approved for the EAC, in addition to referring the authority to the purchase of services from the private sector, which we do not know, that there are such companies or organizations that have such expertise, which the EAC staff acquires through the practical training and the experience gained through working in the EAC”.

In addition to this, Mr. Tafounas mentioned, there is also the serious issue of Renewable Energy Sources and the exclusion of EAC from them. “We say that RES is the cheap energy we can access today since we are dependent on fossil fuels which are very expensive and polluting. So the decisions to enable the production of the EAC to build its own parks and also the supply of the EAC to be able to access and be able to buy cheap energy from RES is what will contribute to the reduction of electricity prices”.

He also added that there is a serious issue with the Dekelia power plant. This station, he said, has a significant production potential of 360 megawatts, operating old units which are both polluting and costly. There is a decision by the state to extend its operation, since the station is necessary both for the adequacy and dispersion of production, but also for the better operation of the networks, and what is required from the state is the replacement of these units with more modern and financial, so that the consumer is not burdened.

He also mentioned that the Ministry of Transport, Communications and Works is promoting the alienation of the control of consumers' electrical installations.

Another issue, said Mr. Tafounas, concerns the new pension plan for which “we have requested an exception, since based on the guidance framework of the Ministry of Finance itself, when the Parliament decided that pension funds will no longer operate, we have proceeded to establish provident fund for the newly-entered staff of the EAC, which costs the employer less and ensures a fixed cost forever, in addition to the fact that we believe that the benefits that the staff will enjoy will be better than this plan that he is promoting”. 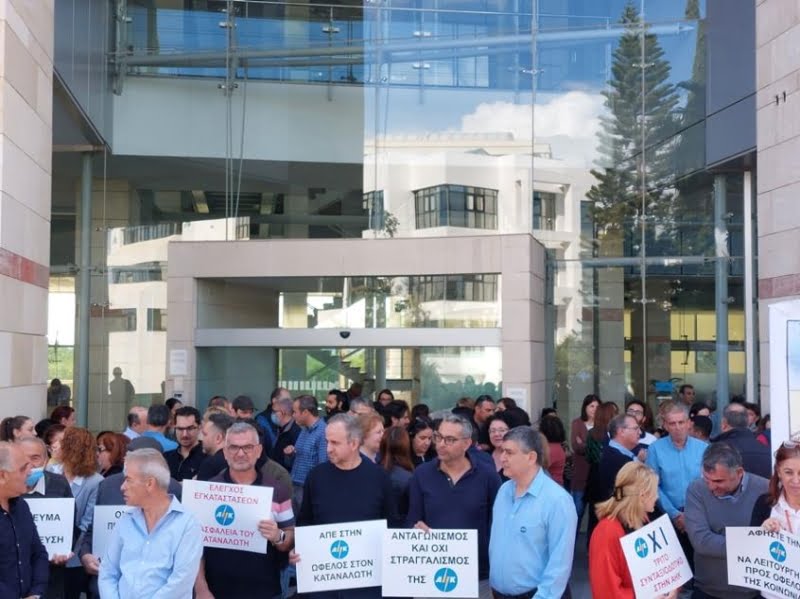 The President of EPOPAI, said that there was no invitation to dialogue, while he indicated that if there are no decisions regarding the issues that concern them, the measures they decided to take will be carried out normally. He added that EAC staff do not wish to cause any inconvenience to the consumer public and for this reason “we call on the relevant bodies involved, the Ministry of Finance, the Ministry of Transport, the Ministry of Trade, CERA to listen to the concerns of the employees, to adopt and to make decisions, which were taken by the management and administration of this organization and are what we support today”.

In response to a question about whether any actions have been taken by the management and of the board of directors of EAC in order to arrange a meeting in order to prevent Wednesday's strike, Mr. Tafounas said that until the time when the work stoppage was carried out there was no such information.