The Easter of the Maronites of Cyprus and their real resurrection 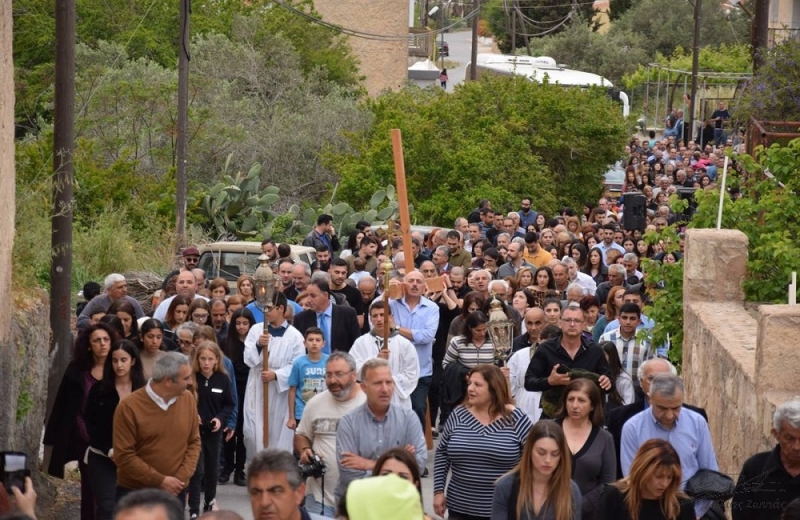 Easter is the greatest holiday of Christians and it commemorates the Crucifixion and Resurrection of Christ. The word “Easter” is Egyptian and means “passage”. For Christians, “Easter” is interpreted as the passage of Christ from death to life. Orthodox and Catholics rely on different calendars to calculate Easter, and this usually results in them not celebrating the Resurrection on the same date. But in countries where the majority of citizens belong to the Orthodox Church, Catholic minorities are accustomed to celebrating Easter with them. So the Maronites of Cyprus, despite the fact that their Church celebrated the Resurrection last Sunday, they celebrate it next year, together with the Orthodox.

Why do the Maronites celebrate with the Orthodox?

In calculating Easter, the Catholic Church relies on the Gregorian Calendar, while the Orthodox Church relies on the Julian one. The Maronites of Cyprus, however, celebrate their annual Easter according to the Julian calendar, that is, they celebrate Easter with the Orthodox Church. And this, as the Maronite Bishop of Cyprus wrote a few years ago in the newspaper “The Press of the Maronites”, following the decision of the Holy See that the Catholic minorities should celebrate Easter with the majorities. He added that the Catholic Church to help its faithful to celebrate Easter properly and in a Christian and Maronite way, that is, “to take part in the ceremonies of the Passion, the Crucifixion and Resurrection of Christ and to partake of the Body and Blood of Christ “, recommends the minority to celebrate Easter with the majority. The recommendation takes into account that Easter is also a social holiday and that Maronites live and work with the Orthodox, their children attend schools where the majority are Orthodox children and therefore it is easier and more accessible for them to “practice the their Easter duties “on the day of the annual Easter of the Orthodox Church.

Are there any significant spiritual differences?

Easter celebrations in the Maronite and Orthodox Church, the answer is no. As Maronite priest Father Joseph Tartak told politis.com.cy “We have the same faith, everyone just celebrates with their own culture.” As he noted, the Maronites follow the “Aramaic culture” of Antioch, which reflects more on simplicity and humility, while the Orthodox follow the “Byzantine culture” of Constantinople, which is “the city of the King” and it exudes a brilliance./p>

An interesting element in the Maronite celebrations for Holy Week is found on Holy Thursday and in the Sequence of the “Last Supper”. In all the Maronite churches of Cyprus, a representation of the “Holy Washbasin” is set up, where 12 men, usually young, represent the disciples of Christ, and the Priest, as Jesus, washes their feet. It should be noted that something similar happens in some Orthodox churches in Cyprus on Holy Wednesday, but also in Greek islands. 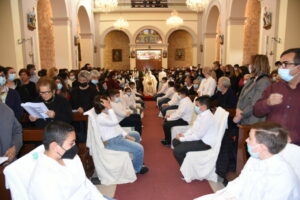 How do Maronites celebrate their Easter?

Faithful to their roots and having in mind that the most important thing for them and their survival is their place, the Maronites who have the opportunity, return for Easter to their occupied villages. Those who do not have it, stay back in their cities and celebrate with their parishes in the free areas. There are four Maronite villages, Asomatos, Agia Marina, Karpasia and Kormakitis. In the first two the access is limited, since inside there is a Turkish army and the entrance is forbidden. The T/C “authorities” allow the entry into Asomatos only on Sundays and holidays, so that a Divine Liturgy can take place and then the villagers leave. In Agia Marina things are even more difficult, since the access for the village and the church to the villagers, is given only a few times a year and after many efforts. In Karpasia and Kormakitis, where they have been trapped since the first day of the Turkish invasion in 1974 until today, people are returning as much as they can. Kormakitis in particular, could be described as the “heart” of the Maronites at Easter, as it is flooded with hundreds of people. For this period, the few trapped elderly people who live there live and breathe, after seeing their families and loved ones gathered and their Kormakitis, for whom they have made countless sacrifices, pulsating with life. The same is true of Karpasia, which is a smaller village, but the sacrifice and the desire of the trapped and their descendants to keep their village alive are exactly the same. 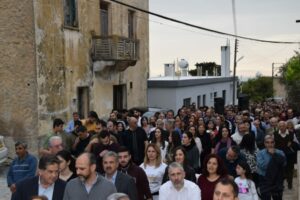 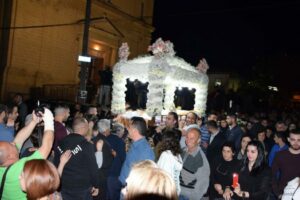 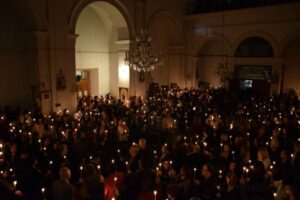 The manners and customs in the Maronite villages do not differ in any way from those of the rest of the Cypriots. From the beginning of Holy Week, many houses “fire” their ovens, in which they bake the traditional flauns and the so-called “cruciform cookies”. On the night of Holy Saturday, the young people in Kormakitis set up their own party before the Resurrection service at midnight. On Sunday… the skewers turn from the morning and the food and drink, which in many houses is accompanied by song and dance, lasts until the evening. 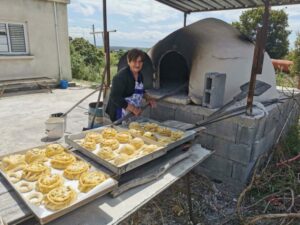 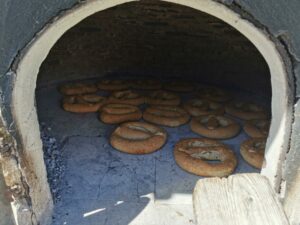 This is how the Maronites of Cyprus celebrate Easter, returning temporarily, as many as they can, to Kormakitis and in Karpasia. However, as the Maronite Bishop of Cyprus, Ioannis Orfanou, used to say, “the desire to return to their four villages and their occupied Churches, to their monasteries and chapels, remains deep in their souls, so that the Easter bells can ring and be heard everywhere. the Maronites celebrate their Easter in the land of their fathers, according to their customs and long traditions “. This will be their true resurrection.